Kei Nishikori fought hard against world No. 3 and top seed Rafael Nadal but was eventually defeated 6-0, 2-6, 6-2 on Thursday in the Barcelona Open third round.

Nadal, an 11-time champion at the tournament in his home nation of Spain, reached his 14th career quarterfinal at the ATP 500-level tournament to extend his career head-to-head lead over the Japanese world No. 39 to 12-2. 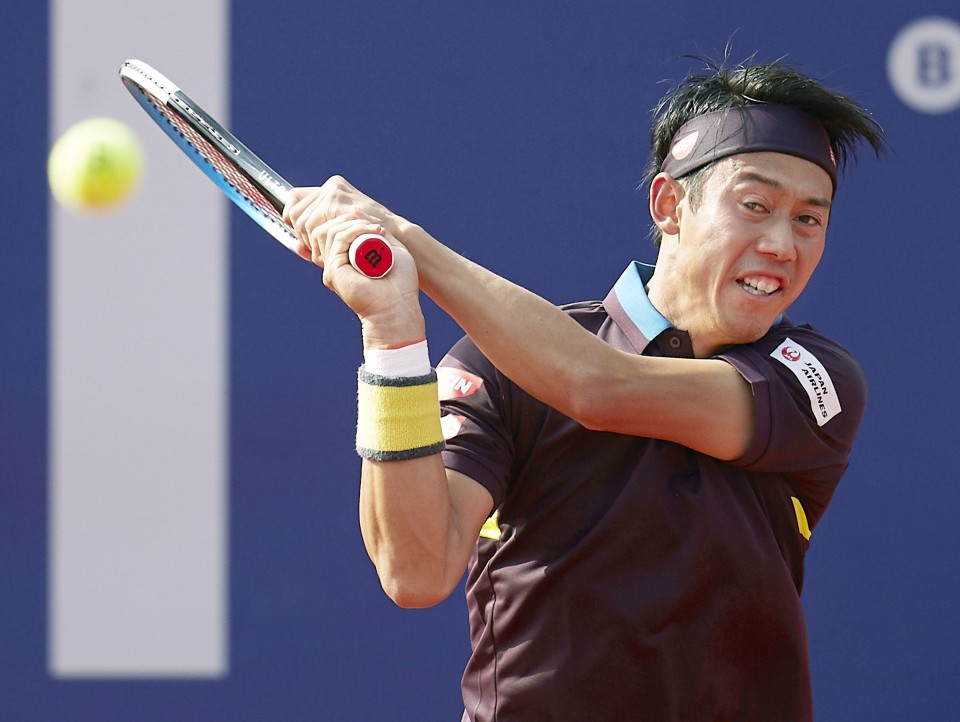 Japan's Kei Nishikori plays against Spain's Rafael Nadal in the third round of the Barcelona Open men's tennis tournament in Barcelona on April 22, 2021. (For editorial use only)(Kyodo)

"I wasn't able to win all the key points," Nishikori said after the 2-hour, 19-minute match.

"I don't understand why I can't play well consistently and it's frustrating. I have to put together at least two sets of top-level tennis in a match," he said.

Nishikori and Nadal were facing each other for the first time since the French Open quarterfinals in 2019, when Nadal beat him before going on to claim the 12th of his record 13 Roland Garros singles titles.

Nishikori won the outdoor clay-court tournament in Barcelona in 2014 and 2015.