Hideki Matsuyama shot a bogey-free, 7-under-par 65 Saturday to take a four-shot lead into the final day of the Masters as he bids to become the first Japanese golfer to win a men's major.

Matsuyama, who found an eagle and four birdies in a seven-hole stretch at Augusta National Golf Club, is at 11-under 205, with England's Justin Rose, Australia's Marc Leishman and Americans Xander Schauffele and Will Zalatoris in a four-way tie for second. 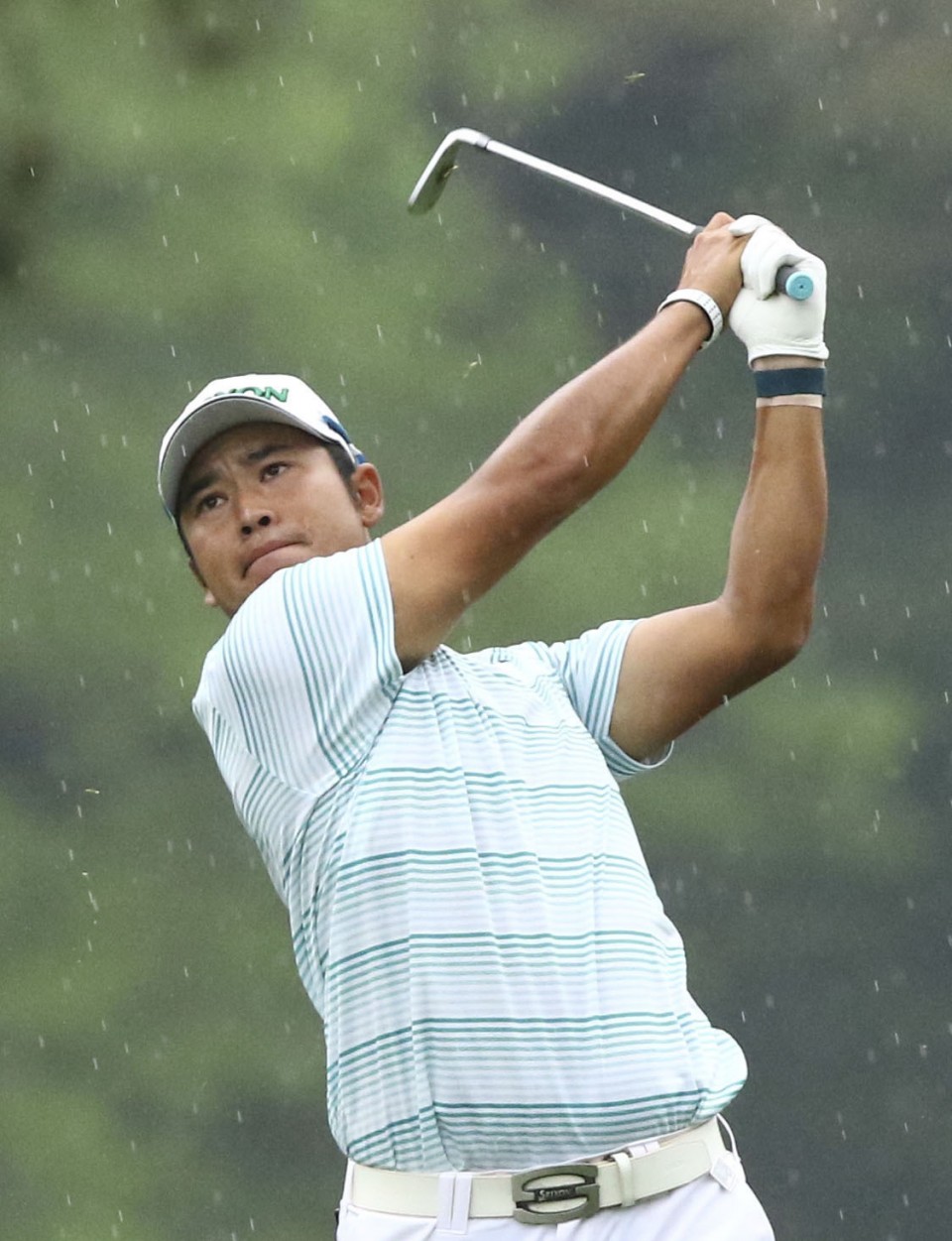 Hideki Matsuyama of Japan hits his second shot on the 17th hole during the third round of the Masters Tournament on April 10, 2021, at Augusta National Golf Club in Augusta, Georgia. (Kyodo) ==Kyodo

"I didn't imagine (a four-shot lead) but I played really well," Matsuyama said after a third round that endured a 1-hour, 18-minute weather delay.

"I came out of the break zoned in. I played without anger for three days, and emotional control is going to be key tomorrow. I've never taken the lead into the final round (in a major). It's my first time so it feels strange and I don't know what to expect," he said.

Matsuyama parred the first six holes, and a birdie at the par-4 7th got his day going. He had consecutive birdies to restart his round on 11 and 12, and an eagle on 15 started one of the best stretches of golf all week.

A five-time winner on the PGA Tour having turned pro in 2013, Matsuyama is competing in the Masters for the 10th time. He placed 13th in 2020, and his best result came in 2015 when he finished fifth.

The 29-year-old Japanese reached a career-high second in the world ranking in 2017 but has since slipped to 25th, with his last win coming in August 2017 at the WGC-Bridgestone Invitational.