A condominium management company in Kagawa Prefecture, western Japan, has built a plant to produce fuel ethanol from the waste liquid produced in the process of making the distilled Japanese spirit shochu.

Anabuki Housing Service Co. developed the plant in Miyazaki Prefecture, where shochu is widely produced at a time when the cost of treating waste liquid has been an issue for small and medium-sized breweries.

Small and medium-sized sake breweries produce dozens of tons of waste liquid per day, and many of them ask waste disposal companies to dump it, which costs about 10,000 yen ($92) per ton. 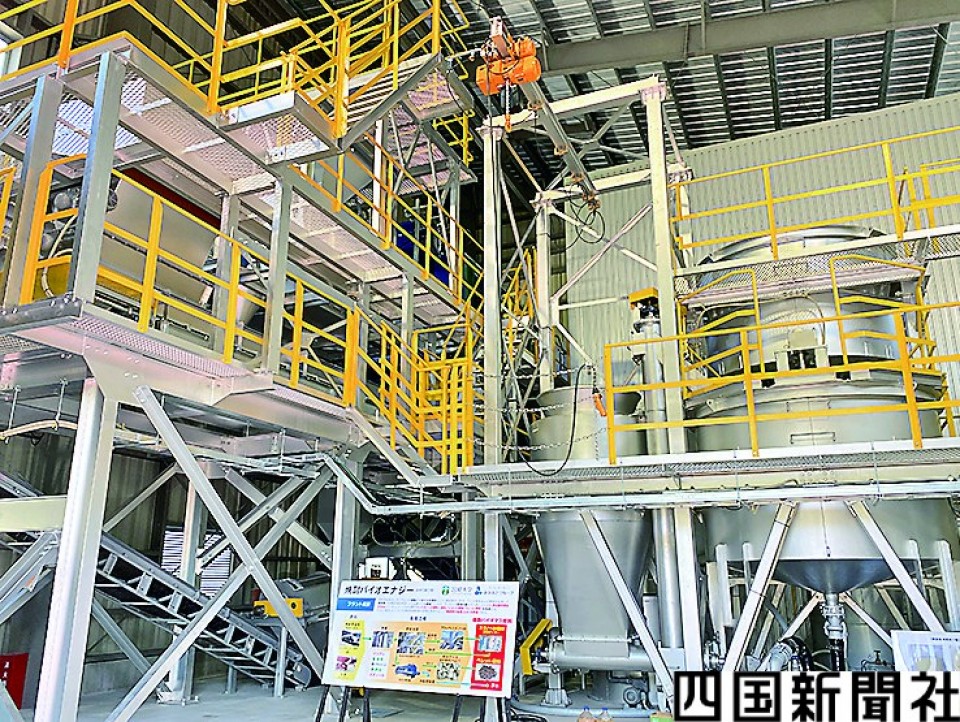 A subsidiary of the company started collaborating with the University of Miyazaki in 2014 to develop the technology to utilize the waste and it will be put into full-scale operation this May.

Ethanol is produced by mixing the waste liquid with starchy food waste such as from potatoes, fermenting it, and distilling it.

The plant can process 15 tons of waste liquid per day and produce 1.2 tons of ethanol. The disposal cost is about half that of the conventional method.

The ethanol produced is used as fuel to run the plant. In addition, the residue left after distilling the waste liquid can be recycled into pellet fuel.

The plant will also be used as a model plant, and the company hopes to introduce the technology to local breweries.