Sentiment among major Japanese manufacturers turned positive for the first time in six quarters in March, recovering to a pre-pandemic level amid growing expectations for an economic recovery, the Bank of Japan's Tankan survey showed Thursday.

The key index measuring confidence among companies such as automobile and electronics makers rose to 5 from minus 10 in December, rising for the third straight quarter. It was previously in positive territory in September 2019. 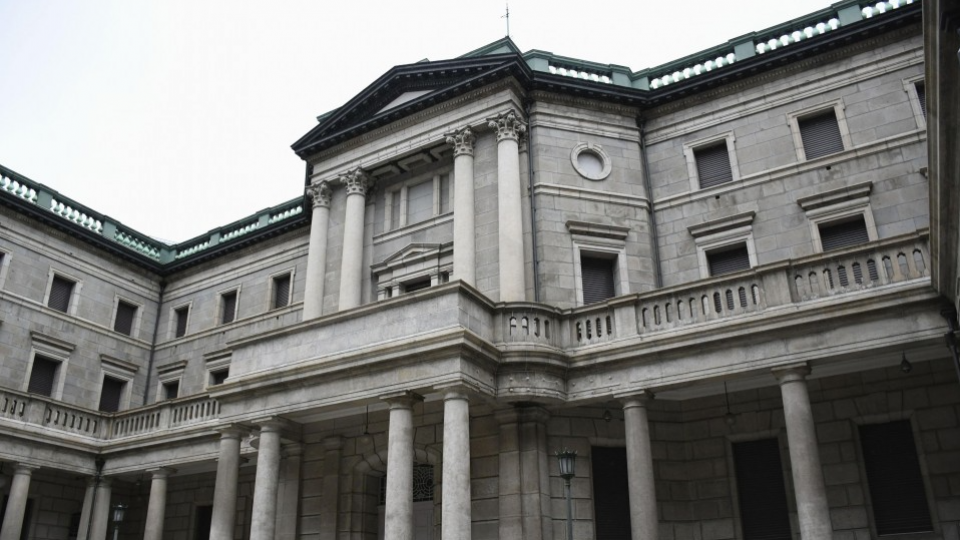 The result beat the average market forecast of minus 2 shown in a Kyodo News survey.

The index for large nonmanufacturers, including the service sector, rose to minus 1 from minus 5 in the December survey, marking three straight quarters of improvement.

"The result came out quite strong. Manufacturers are benefiting from a pickup in overseas demand while service providers are still struggling. But the recovery is still only halfway complete," said Shunsuke Kobayashi, chief economist at Mizuho Securities Co.

"It is too soon to be overly optimistic because efforts need to intensify to secure COVID-19 vaccines and chips" amid a global shortage, Kobayashi said.

Urban areas such as Tokyo were placed under a second state of emergency over the novel coronavirus for most of the period when the data for the quarterly Tankan survey was collected.

The start of vaccinations in mid-February against the respiratory illness caused by the coronavirus has boosted hopes for economic recovery as the nation emerges from the pandemic, despite the divergence in the pace of recovery of manufacturers and service providers.

For manufacturers such as automakers, the outlook remains uncertain as concerns about a semiconductor shortage were exacerbated by a recent fire at a plant of Renesas Electronics Corp., a key supplier of chips to automakers.

The Japanese chip producer has said it will take up to four months for production to fully recover, raising concerns that major Japanese automakers will be forced to cut output.

The confidence index for automakers jumped 23 points to 10 in December, turning positive for the first time since September 2019, though it is expected to worsen to 6 in the coming months.

Production equipment makers, which include those for semiconductors, were optimistic, with sentiment improving to 8, up 29 points from three months ago.

It is unclear how much of the impact expected from the production halt caused by the March 19 fire at the Renesas plant was factored into the latest survey conducted between Feb. 25 and Wednesday.

Hotels and dining establishments were pessimistic, sending the confidence index to minus 81 as they continued to bear the brunt of the pandemic's economic impact as people refrained from going out. Restaurants and bars in parts of Japan hit by increasing coronavirus cases have been asked to shorten business hours.

Going forward, the index for manufacturers, however, is expected to worsen slightly to 4 and that for nonmanufacturers is projected to remain unchanged at minus 1.

Large companies, defined as those with 1 billion yen ($9 million) or more in capital, expect a 3.0 percent increase in capital spending for fiscal 2021 that started Thursday.

Despite the projected increase, economists say companies tend to be bullish on the outlook at the start of a business year and make adjustments as the year progresses.

"Capital spending remains at low levels even though the year-on-year increase is relatively large," Kobayashi said.

Economists say small and midsize companies are lagging behind large ones in the recovery, adding that the impact of the pandemic on employment still needs to be watched closely.