In a significant move as Japan seeks to stick to nuclear power, three nuclear reactors on the Sea of Japan coast will become the first in the country to operate beyond the 40-year limit after a local governor Wednesday consented to their restarts.

The rebooting of the No. 3 unit at the Mihama plant and the Nos. 1-2 reactors at the Takahama plant, both in Fukui Prefecture and idle since the 2011 Fukushima nuclear disaster, will come as the country seeks to meet its goal of achieving carbon neutrality by 2050 with continued reliance on atomic power. 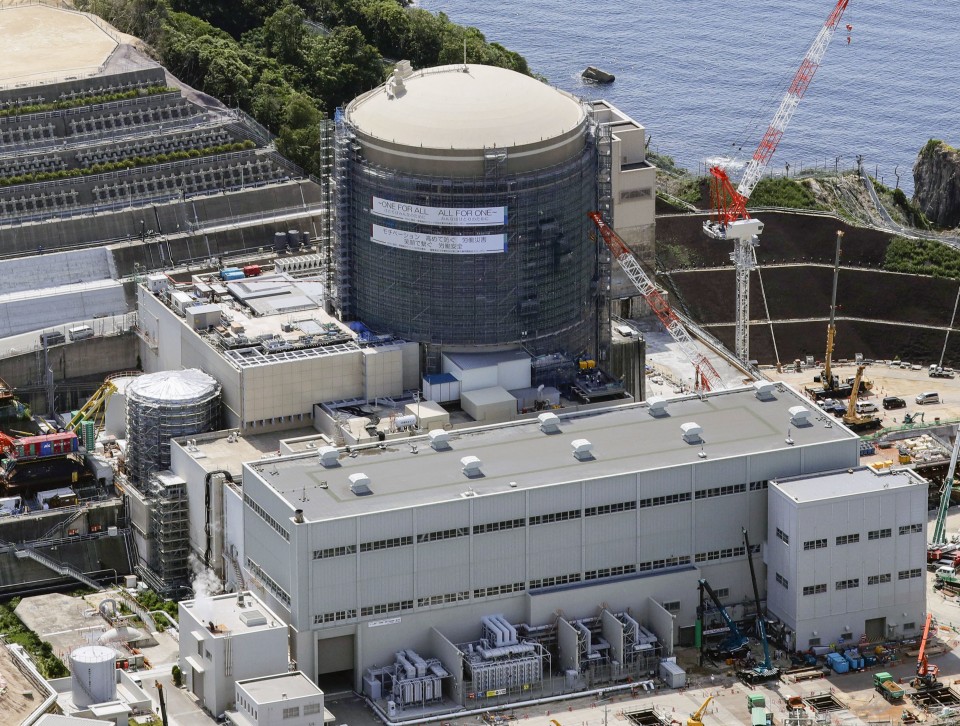 But concerns remain among local communities over the safety of restarting the aging reactors operated by Kansai Electric Power Co. and the effectiveness of evacuation plans in the event of an accident. How to dispose of the highly radioactive spent nuclear fuel to be produced from the plants is also an unresolved issue. 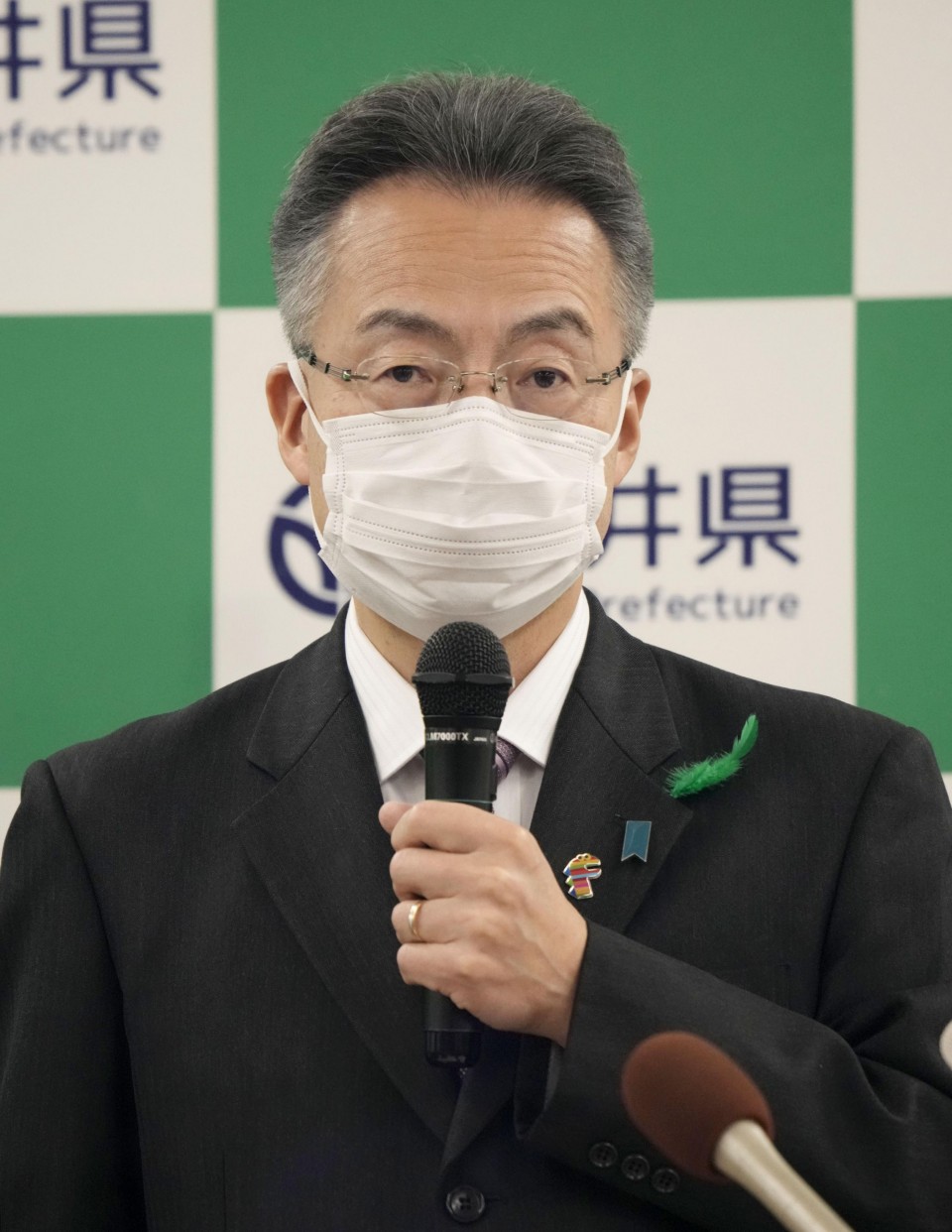 "I decided to agree to the restarts (of the reactors) after considering the matter fully," Fukui Gov. Tatsuji Sugimoto told a press conference at the prefectural government office.

He noted that the central government has signaled its policy of continuing the use of nuclear power and offered up to 2.5 billion yen ($22 million) in subsidies to revitalize the local economy per nuclear plant that is more than 40 years old.

Speaking to reporters in Tokyo, industry minister Hiroshi Kajiyama welcomed Sugimoto's decision, calling the restarts "a big plus to our promotion of carbon neutrality."

Regarding the safety of the aging reactors, Kajiyama stressed the facilities have undergone "strict examinations" by the regulatory body before being given the go-ahead.

An antinuclear civic group criticized Sugimoto for giving consent for the restarts on Wednesday in front of the prefectural government office, holding a banner that read, "Don't start aging nuclear reactors."

Kansai Electric President Takashi Morimoto expressed gratitude for the governor's decision in a statement. The company will work to restart the three units "by giving top priority to ensuring safety" and under the "strong intention and resolution to endlessly enhance the safety of nuclear power generation," he said.

Due to stricter safety rules and pervasive public skepticism about nuclear power, only nine reactors have been rebooted in Japan since a total of 50 units were shut down following the accident at the Fukushima Daiichi plant, the worst nuclear crisis since the Chernobyl disaster in 1986.

As a means to achieve net zero emissions in 2050, the government recently unveiled a new target to reduce greenhouse gas emissions by 46 percent by 2030 compared with fiscal 2013 levels, a significant increase from its previous commitment to a 26 percent cut.

To meet the goal, the focus is on how far the country will retain nuclear power while increasing the use of renewable energy.

Under the current energy plan set in 2018, which is being reviewed, the government aims for renewables to account for 22 to 24 percent, fossil fuels 56 percent, and nuclear power 20 to 22 percent of the country's electricity generation in fiscal 2030.

The Nuclear Regulation Authority gave approval in 2016 for the three units to operate beyond the 40-year limit, granting extensions of up to 20 years, after screening Kansai Electric's stricter safety steps taken for the units.

The 40-year maximum lifespan in principle was introduced after the Fukushima disaster, which was triggered by a massive earthquake and tsunami, due to concerns that aging reactors were prone to accidents. 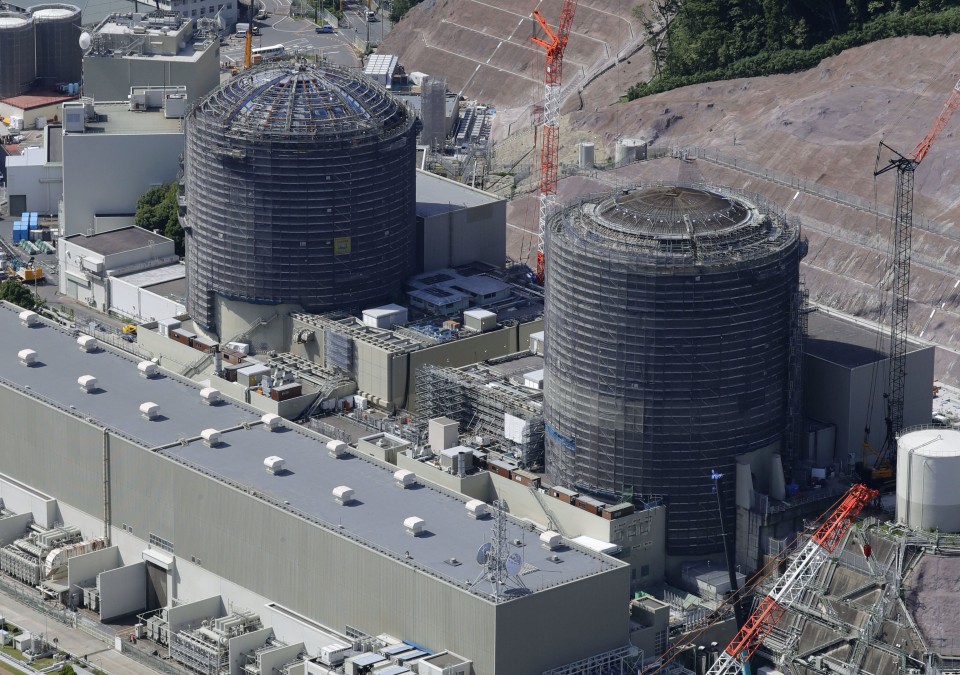 File photo taken from a Kyodo News helicopter on May 30, 2019, shows the No. 1 (R) and No. 2 reactors at Kansai Electric Power Co.'s Takahama nuclear power plant in Fukui Prefecture, central Japan. (Kyodo) ==Kyodo

Kansai Electric is expected to soon unveil its plan for resumption of the three units and start preparations such as loading nuclear fuel.

Prior to the approval announced by Sugimoto, the mayors of both Mihama and Takahama, where the three units are located, gave their consent in February this year, followed by approval from the Fukui prefectural assembly on Friday.

Even if the three units are restarted, the Nos. 1-2 units at the Takahama plant will suspend operations in early June, and the No. 3 reactor at the Mihama plant will do so in late October as they need to complete the installation of infrastructure to prevent terrorist attacks.

Japan Atomic Power Co.'s Tokai No. 2 power station in Ibaraki Prefecture has also cleared the nuclear regulator's safety screening for extension of operations by up to 20 years but the process to obtain local consent has yet to be completed.

As required by the Fukui governor, Kansai Electric has promised to decide on a temporary site to store spent nuclear fuel from the reactors outside the prefecture by the end of 2023.

After confirming safety measures taken at the three units, Sugimoto held an online meeting with Kajiyama on Tuesday and was briefed on the government's policies on nuclear generation and regional revitalization.