Shimane Gov. Tatsuya Maruyama said Tuesday he will allow the Tokyo Olympic torch relay to go ahead, despite suggesting earlier this year that the event may be called off in the western Japan prefecture if the coronavirus situation does not improve.

Maruyama said he met with officials of the Tokyo Games organizing committee and requested that they set sound volume limits for sponsors' vehicles accompanying torchbearers during the relay's segment in the western prefecture on May 15 and 16. 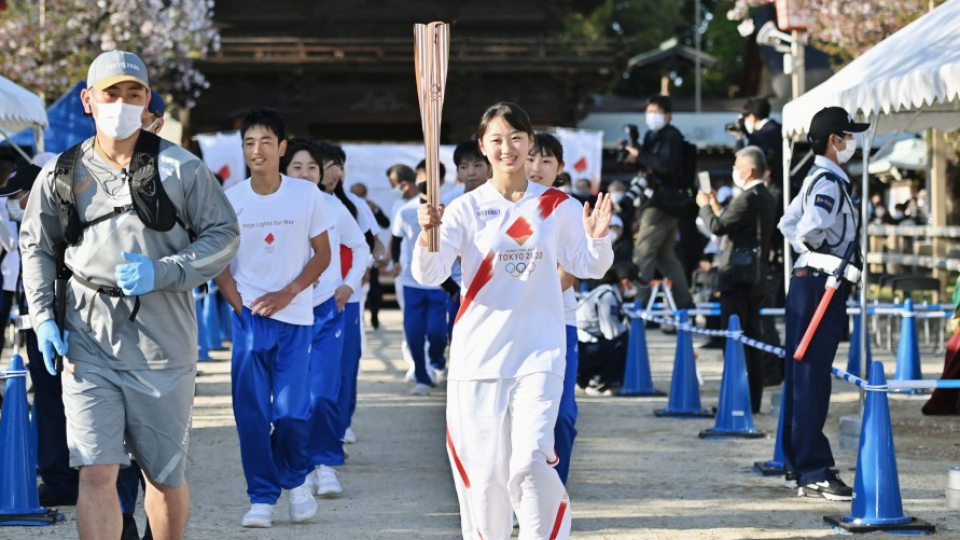 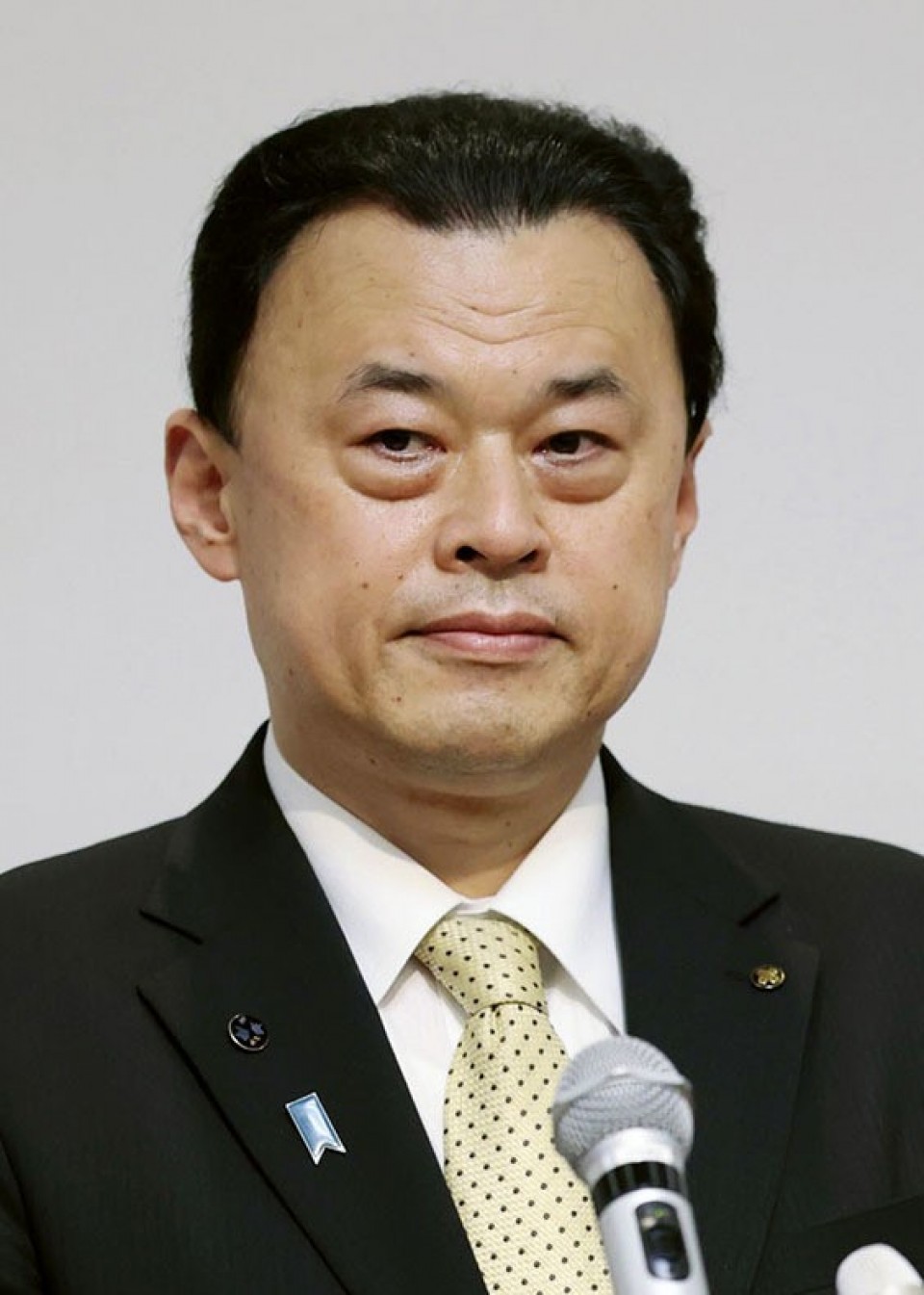 In February, he hinted at the possibility of canceling the relay's section in the prefecture, which has confirmed far fewer coronavirus infections than the capital and many other areas of the country.

Maruyama was dissatisfied with the central and Tokyo metropolitan governments' handling of COVID-19 containment measures.

During a press conference on Tuesday evening, Maruyama said he had decided to allow the relay to go through Shimane because he understands the central government may also extend financial aid to restaurants in areas that have seen a smaller number of COVID-19 cases, which he had requested.

He said that going forward with his previous idea of canceling the relay for the Olympics, set to open on July 23, would not "bring anything positive" for restaurants and other related businesses in his prefecture.

Shimane Prefecture has so far confirmed about 290 coronavirus cases, while the cumulative number of infections in Tokyo stood at 123,350 as of Tuesday. 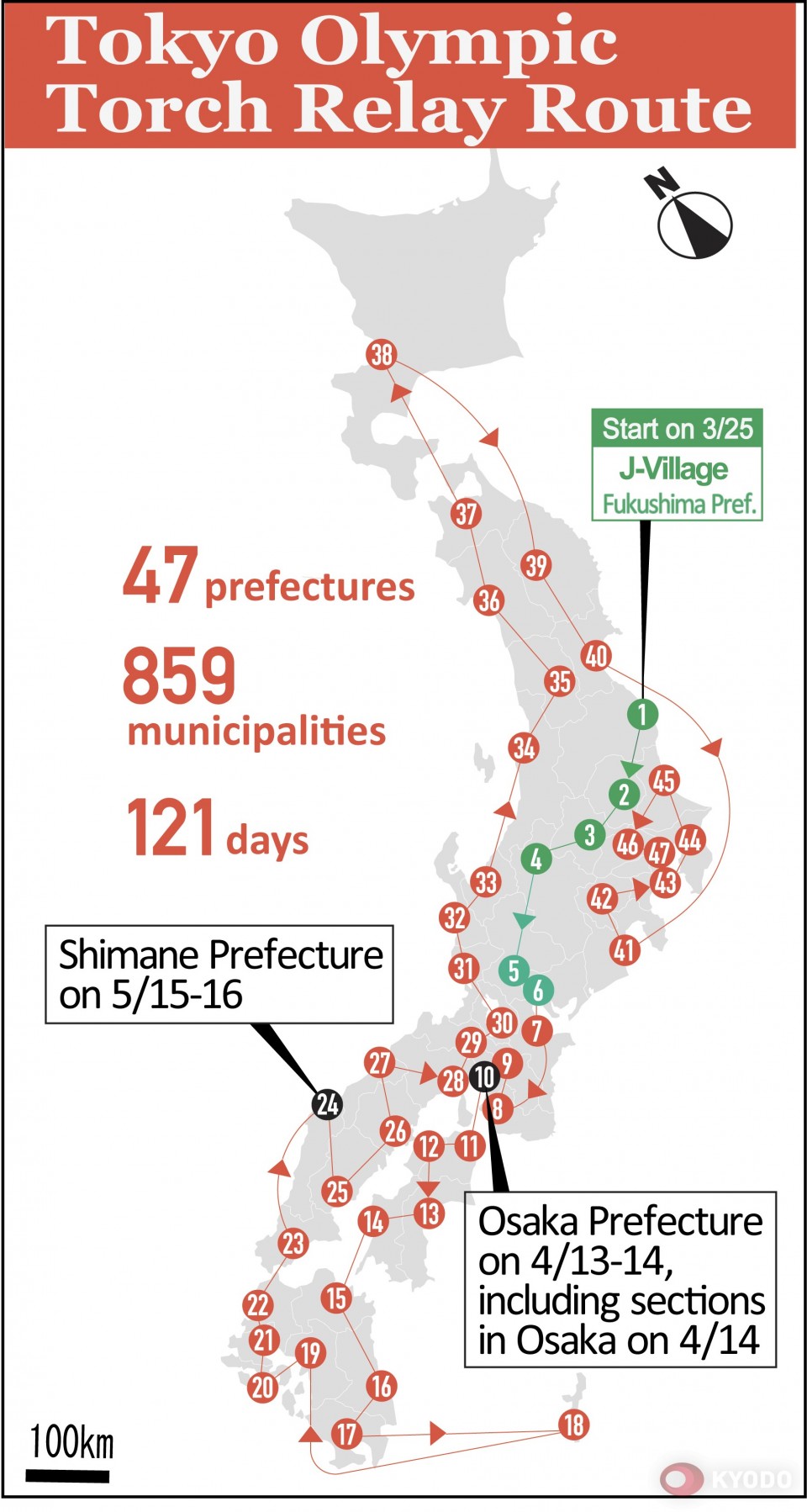 The organizing committee has asked roadside spectators to take sufficient COVID-19 measures amid concern over a resurgence of virus infections in the country, but some segments of the relay have been crowded with people since it started on March 25.

On Monday, the organizers for the torch relay in Osaka Prefecture formally requested the cancellation of routes going through its capital later this month due to a rise in coronavirus cases. The city of Osaka, along with some other areas, is now subject to quasi-emergency COVID-19 measures.

The torch relay organizers are considering having some 20 torchbearers run in a park in the city as an alternative plan to carrying it on roads where large crowds may gather, a senior official of the Tokyo Games organizing committee said.

The Tokyo Olympics torch relay started in Fukushima Prefecture, northeastern Japan, a year late and without spectators, and will travel through all 47 prefectures over 121 days.