Osaka Prefecture confirmed 616 new coronavirus cases on Thursday, the highest level in over two months amid rising concerns about a resurgence of infections in the western Japan prefecture and elsewhere in the country.

The figure topped the 600 level for the first time since Jan. 16 and exceeded Tokyo's daily new infections for three consecutive days.

The Tokyo metropolitan government on the same day reported 475 new cases, bringing the capital's cumulative total to 121,461, the highest of the nation's 47 prefectures.

Prime Minister Yoshihide Suga's government on Thursday designated Osaka, neighboring Hyogo and Miyagi prefectures for stronger measures against COVID-19 in the wake of the spike in cases there.

Suga told reporters he is aware that the ratio of patients infected with more contagious COVID-19 variants is significantly higher in Osaka and Hyogo prefectures than in other areas. 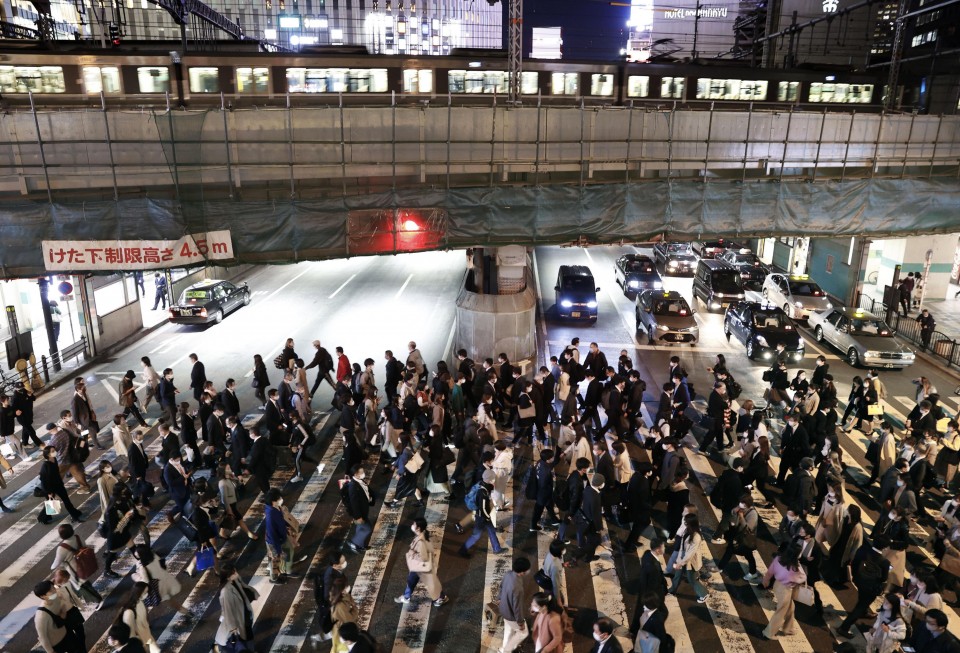 People walk in Osaka's Umeda area on April 1, 2021, amid a resurgence in coronavirus infections. (Kyodo) ==Kyodo