Wreckage of Indonesian sub found, all 53 aboard declared dead

The wreckage of an Indonesian submarine that went missing off Bali earlier this week has been found and all 53 people aboard have been declared dead, the country's military said Sunday.

It said the submarine was found broken into three pieces on the bottom of the sea, at a depth of 838 meters. 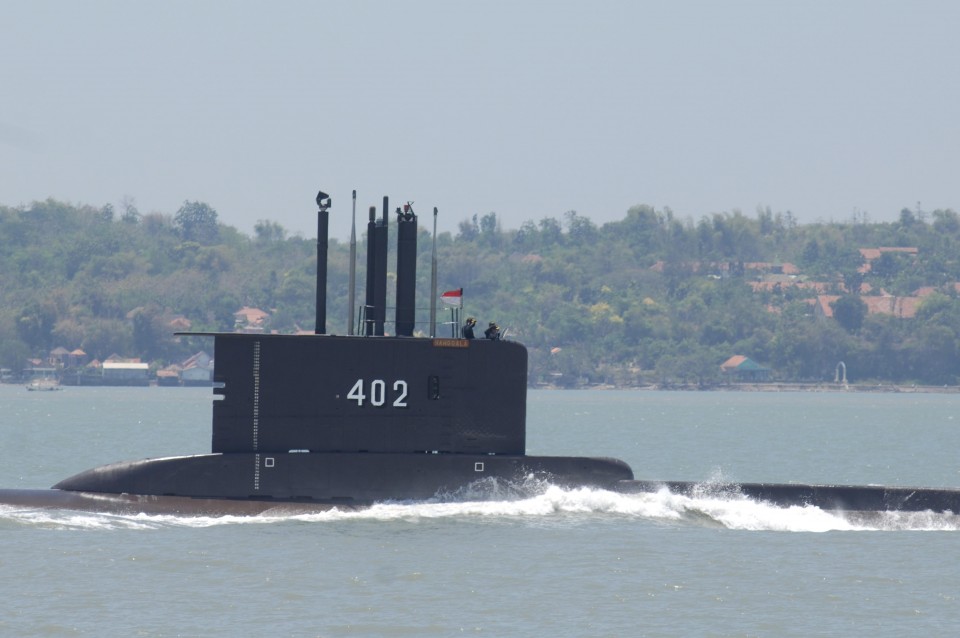 "Based on this authentic evidence, it can be confirmed that the KRI Nanggala 402 has sunk and all of its crew have died," military chief Air Marshall Hadi Tjahjanto told a press conference in Bali.

Search efforts for the submarine had been ongoing for several days since it disappeared last Wednesday.

Hadi said evidence of its fate is based on images taken by a remotely operated underwater vehicle from the MV Swift Rescue, a submarine support and rescue vessel operated by Singapore's navy.

The images show parts of the main body, the front part and the rear part, in addition to an escape suit.

Navy Chief Yudo Margono said the escape suit was found out of place and is believed that a crew member had attempted to use it during the emergency but failed.

He said the next step is to figure out how to salvage the submarine.

The German-built submarine had been in service in Indonesia since 1981.

It was sailing off the coast of Bali when it lost contact on Wednesday after submerging for a torpedo test ahead of an exercise scheduled for the following day.

Earlier Sunday, President Joko Widodo expressed his deepest sympathies to the families of all crew on board.

Besides Singapore, the search operation involved such countries as Malaysia, Australia, the United States and India.

Missing submarine with 53 aboard has sunk: Indonesia military