Sugako Hashida, a scriptwriter known for the internationally acclaimed television drama series "Oshin" in the 1980s, died Sunday of lymphoma at her home in Atami, Shizuoka Prefecture, her foundation said Monday. She was 95.

The series, which originally aired from 1983, depicted the life of a woman who was born in a poor farming village and became the successful founder of a supermarket chain. It was broadcast in dozens of countries and regions including China, Iran, Thailand and the United States. 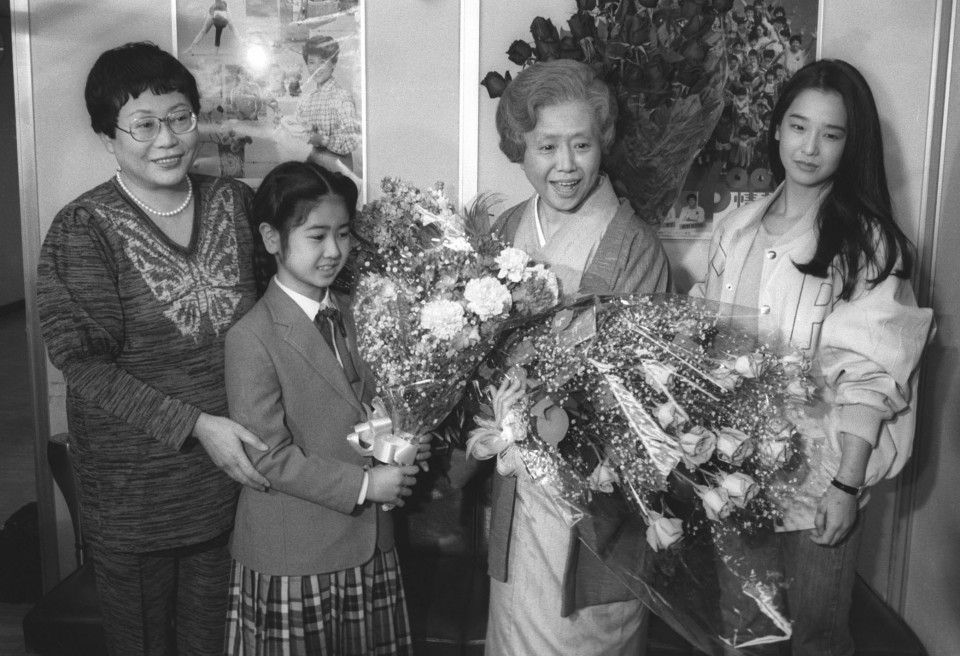 File photo shows Sugako Hashida (L) posing for photos in Tokyo in February 1984 with (from R) Yuko Tanaka, Nobuko Otowa, and Ayako Kobayashi who played the main character of the popular TV drama series "Oshin" at different stages of her life. (Kyodo) 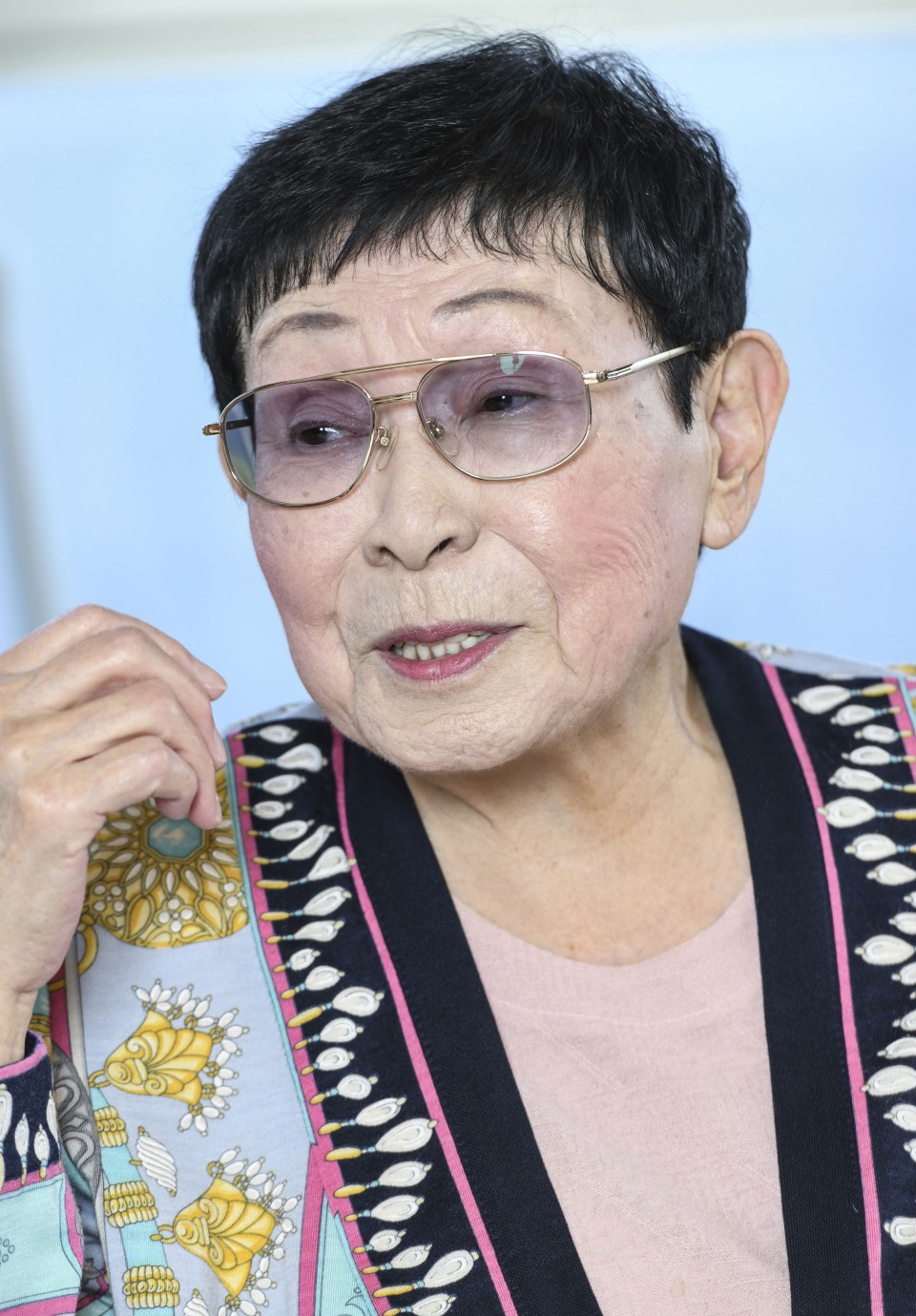 Former Chinese President Hu Jintao told a group of Japanese reporters in 2008 that he was "deeply impressed" by the series.

Taiwan media reported the passing of Hashida in breaking news.

The scriptwriter had the status of a "national treasure in Japan's cultural field," a China Times report said. The newspaper also said the drama series was being rebroadcast in Taiwan.

Pinko Izumi, a Japanese actress known as "Oshin mother" abroad due to her role in the series, remembered "being loved (by Hashida) like a daughter."

"I have also started living in Atami, and at the end I was able to stay with her for a long time," Izumi said.

In Japan, Hashida also earned support from housewives with her use of dry humor to portray families.

In another hit TV drama series, "Wataru Seken wa Oni Bakari," which started in 1990, she depicted very common issues in Japanese households such as the tensions between a housewife and her mother-in-law.

The theme of a woman struggling to protect her family was also applied to a historical drama.

In "Onna Taikoki," aired in 1981, she adopted a female perspective to depict Japan's Sengoku period of constant civil war and social upheaval that lasted between the 15th and 16th centuries, focusing on the life of Nene, the wife of Toyotomi Hideyoshi, one of the most prominent warlords of the period.

Hashida, whose real name was Sugako Iwasaki, was born in Seoul. She became a TV drama scriptwriter after joining Shochiku Co.

She received the Order of Culture in 2020 from the Japanese government for her outstanding achievements and cultural contributions.

In her later years, Hashida stirred controversy by publishing a book in 2017 revealing her wish to die by euthanasia, which is not legally recognized in Japan.

"Dying is the last job for humans. I want to decide it myself," she said in an interview.