Patients and supporters of those suffering from Minamata disease, a neurological syndrome caused by mercury poisoning, in southwestern Japan said Monday they oppose the government's plan to release treated radioactive water from the crippled Fukushima Daiichi nuclear power plant into the sea.

"We oppose and protest the decision, which completely refuses to learn from the lessons of Minamata disease and looks to repeat the same mistakes," members of a citizens' group supporting disease sufferers said in a statement issued at a press conference in Minamata, Kumamoto Prefecture. 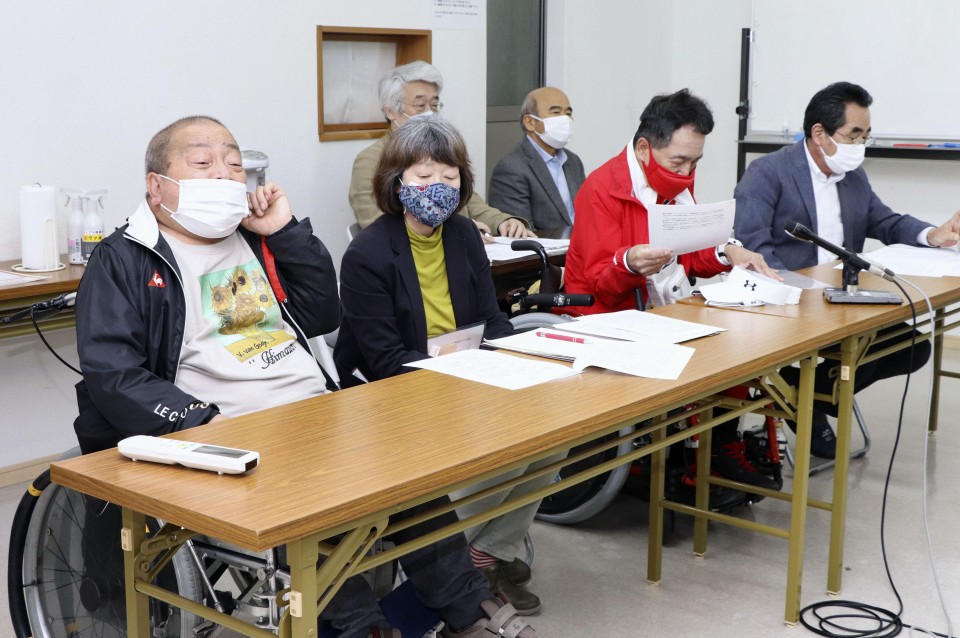 The disease, which paralyzes the human central nervous system and triggers birth defects, was caused by mercury-tainted water dumped into the sea by a Chisso Corp. chemical plant in the city. It was formally acknowledged by the local health authority in 1956.

The press conference came a week after the Japanese government decided to begin releasing treated radioactive water from the plant into the sea in two years, following more than seven years of discussions on how to discharge the water used to cool down melted reactor fuel.

The group said the total amount of tritium, a form of hydrogen left in the treated water that is said to pose little health risk in low concentrations, will not decrease just because it is released into the ocean.

The water should not be released without the consent of the Japanese people, they said.

"Minamata disease wreaked so much damage. Who would believe (the treated water) is safe just because they were told so?" said the group's director Yoichi Tani, 72.