The organizing body of the 2025 world exposition in Osaka has signed tie-up agreements with two government-backed bodies as part of efforts to boost external communications and attract more countries to the event.

The Japan Association for the 2025 World Exposition will collaborate with the Japan International Cooperation Agency and the Japan External Trade Organization in promoting the Expo 2025 Osaka, Kansai, Japan, through their international networks, such as offices they run abroad.

JETRO said it will provide the organizers with its experience and expertise in information gathering and human resource development related to the management of world expositions. 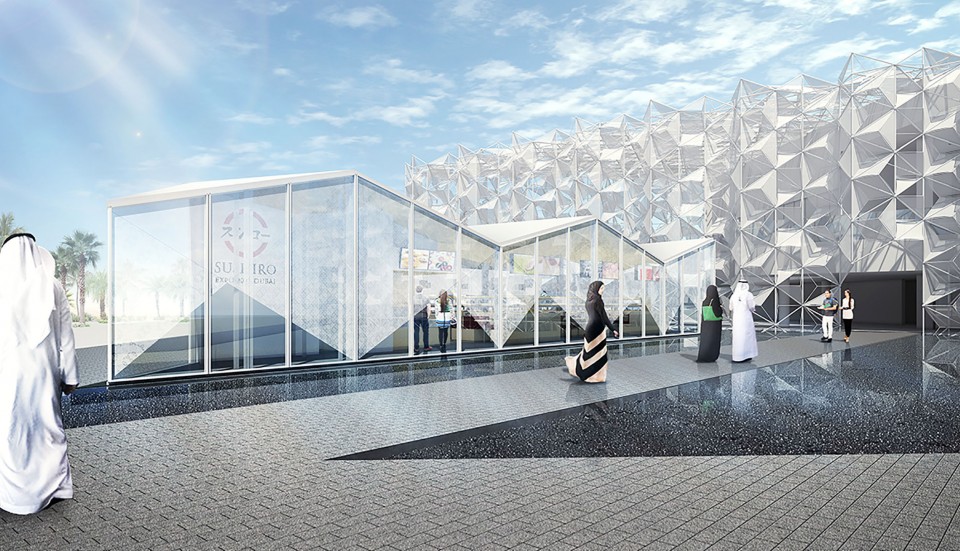 Supplied photo shows an image of the exterior of Japanese sushi chain Sushiro that will open in the Dubai Expo slated for October 2021 in the United Arab Emirates. (Kyodo)

The trade promotion agency has operated the Japan Pavilion at past international expositions overseas and will run one at the Dubai Expo slated for October 2021 in the United Arab Emirates.

By joining forces for a successful 2025 expo, the three parties will also aim to achieve the U.N. sustainable development goals and promote Japan's Society 5.0 initiative for incorporating innovative technologies, such as artificial intelligence and robots, into society.

The theme of the 2025 expo in Osaka in the Kansai region in western Japan is "Designing Future Society for Our Lives," and the achievement of the SDGs and the realization of the Society 5.0 will be reflected in the theme. 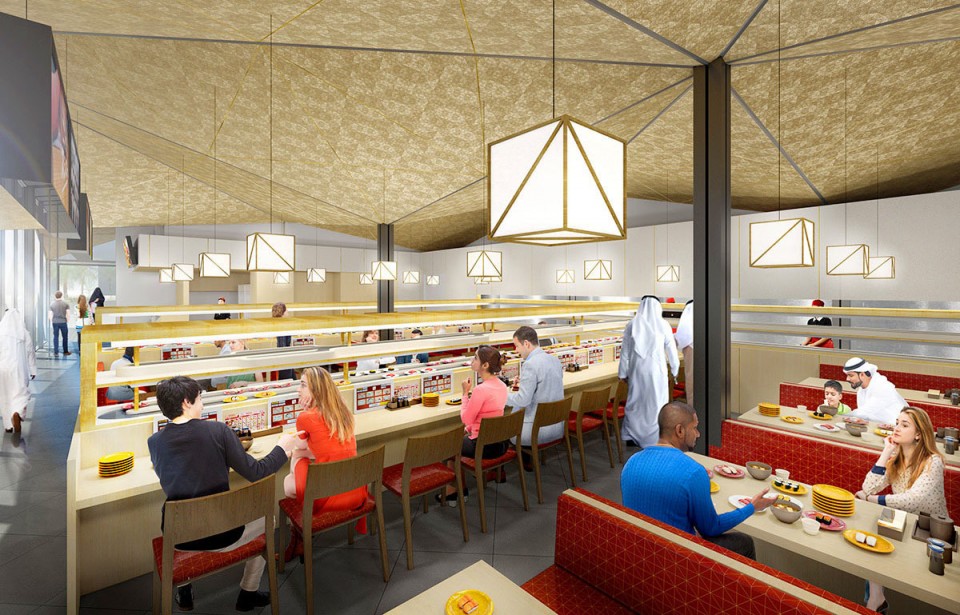 Supplied photo shows an image of the inside of Japanese sushi chain Sushiro that will open in the Dubai Expo slated for October 2021 in the United Arab Emirates. (Kyodo

Japan was selected as the 2025 host in November 2018 during the Bureau of International Expositions general assembly after member states cast votes, defeating bids by Russia and Azerbaijan.

The event will be held on Yumeshima, an artificial island in Osaka Bay, from April 13 through Oct. 13. It will mark the sixth official international exposition to be held in Japan following the 2005 event in Aichi Prefecture.