If the Japanese women's football team are to achieve their goal of a gold medal on home soil at this summer's Tokyo Olympics, they must overcome a disjointed preparation caused by the coronavirus pandemic along with a lackluster track record against elite opponents in recent years.

Members of the 2011 World Cup-winning Nadeshiko Japan side led off the domestic leg of the Olympic torch relay last month under circumstances that reflected some of the obstacles facing the current squad as they gear up for the games kicking off in three months' time. 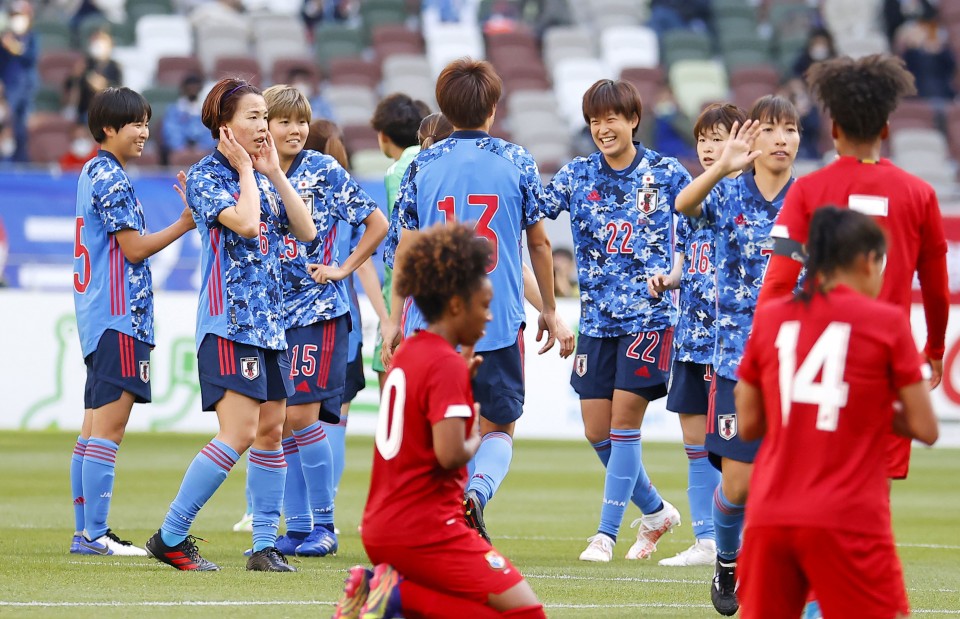 Japan players (blue) celebrate after their 7-0 win over Panama in a women's football friendly on April 11, 2021, at Tokyo's National Stadium. (Kyodo) ==Kyodo

Rising coronavirus infections prevented spectators from watching as the runners set off from the J-Village training center in northeastern Japan's Fukushima Prefecture, while travel restrictions aimed at curbing the virus prompted a number of overseas-based stars to opt out of the relay.

With the pandemic interrupting the international football calendar, world No. 11 Nadeshiko Japan lost vital warmup opportunities for the Olympics, where they have been drawn against Canada, Great Britain and Chile in Group E.

Asako Takakura's side had been set to face Brazil, Canada and hosts the United States at the four-nation SheBelieves Cup in February, but the coronavirus situation prompted the Japan Football Association to withdraw shortly before the tournament.

They played their first internationals in more than a year earlier this month, thrashing Paraguay and Panama 7-0 in a pair of friendlies on home soil.

While the matches provided limited feedback about how Japan might fare this summer against the likes of four-time Olympic champions the United States, Takakura said they helped the squad develop chemistry and fine-tune their tactics.

"The players trained in a very positive atmosphere. They're making progress toward competing for an Olympic medal," Takakura said following the friendlies.

"We were able to have discussions within the team about which formations might have been broken down by a stronger opponent, or whether certain passes might not have worked."

When the 53-year-old Takakura took the reins of the senior women's team in 2016, she was tasked with ushering in a new generation of players. 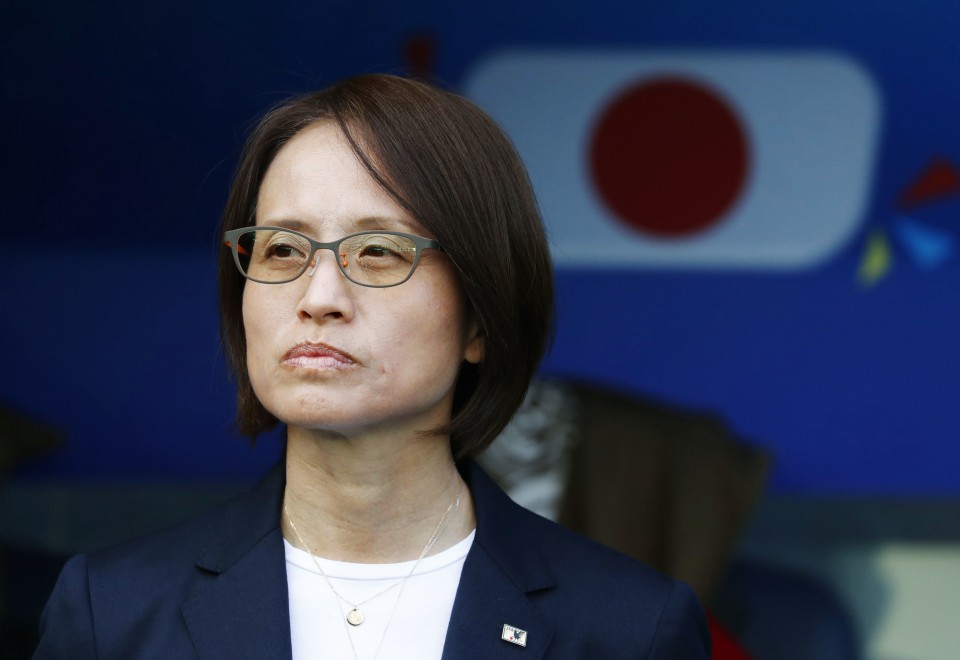 Her tenure came under review from the JFA after the team fell short of expectations at the 2019 World Cup in France, their last major international tournament.

Having squeezed through the group stage with a win, a draw and a loss, their campaign ended with a disappointing exit in the round of 16 following a 2-1 defeat to the Netherlands.

In a post-mortem of the tournament, the JFA criticized the team's weakness in executing and defending set-plays, as well as their indecisiveness in attack.

Though the JFA kept Takakura at the helm for the Olympics, new technical staff were added to help reorient a team unable to match their illustrious predecessors' achievements.

Following the World Cup, the Asian champions went winless against strong opposition at the SheBelieves Cup in March 2020, losing in succession to Spain, England and the United States.

Despite the many uncertainties heading into this summer's games, the squad also has reasons for optimism as they bid to win their second-ever medal following silver at the 2012 London Olympics.

In the year following the postponement of the Tokyo Games due to the coronavirus pandemic, a number of players have excelled on the world stage.

Captain Saki Kumagai, who has announced she will depart French powerhouse Lyon at the end of the season, was among the nominees for FIFA's best women's player of the year in 2020.

A veteran of the 2011 World Cup winning side, Kumagai became the first Asian player to score in a UEFA Women's Champions League final last August, when she helped Lyon earn their fifth straight European crown.

Star midfielder Yui Hasegawa hit the ground running for AC Milan in the Italian women's top flight, scoring a pair of goals in her league debut in February and continuing to impress for the marquee club.

The 24-year-old attacker, who found the net in Japan's rout of Panama at Tokyo's National Stadium earlier this month, has set her sights on returning to the venue for the women's Olympic gold medal match on Aug. 6.

"If we can make it to the final, we will get to play on this stage once more," Hasegawa said.