Ohtani (1-0), who was hitting and pitching in the same game for the second time this season, threw five innings for his first win since May 20, 2018, and gave himself run support with a two-run double in the second to start the Angels' comeback from a 4-1 deficit. 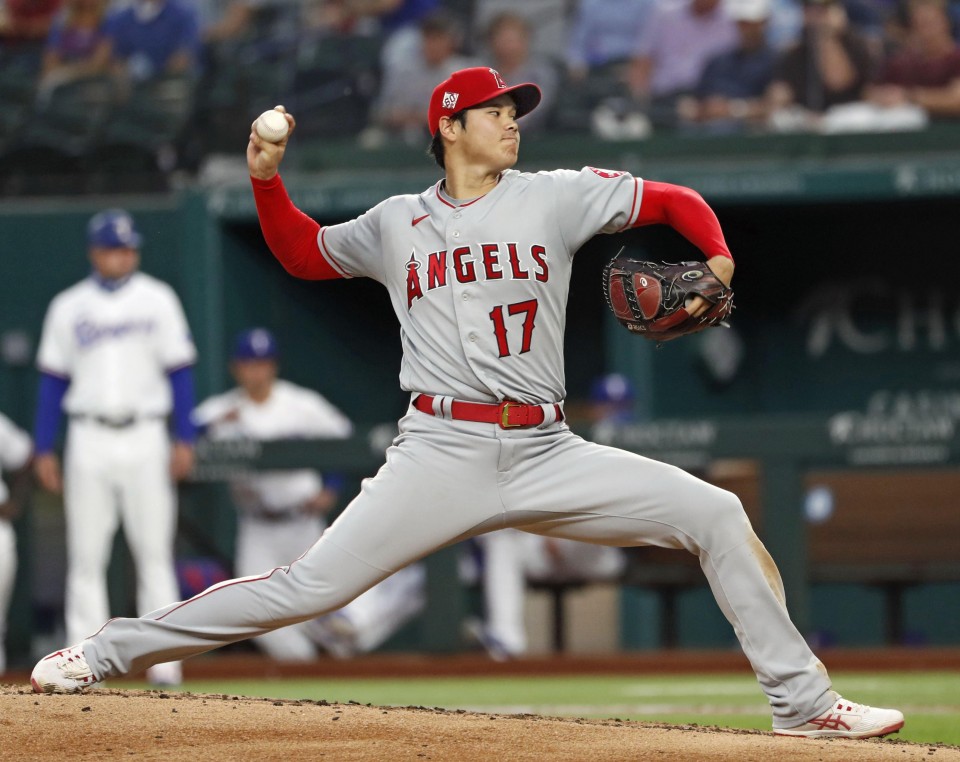 Shohei Ohtani of the Los Angeles Angels pitches against the Texas Rangers at Globe Life Field in Arlington, Texas, on April 26, 2021. (Kyodo) ==Kyodo

"Of course I'm happy with the win. I had a lot of setbacks until last year," Ohtani said after the 100th pitching appearance of his combined Japanese and U.S. career.

Ohtani's strong performance in 2018 as a rookie pitcher was cut short with an eventual Tommy John elbow surgery, and the 26-year-old Japanese missed all of 2019 as a pitcher and only made two starts in 2020 while rehabilitating his pitching arm. 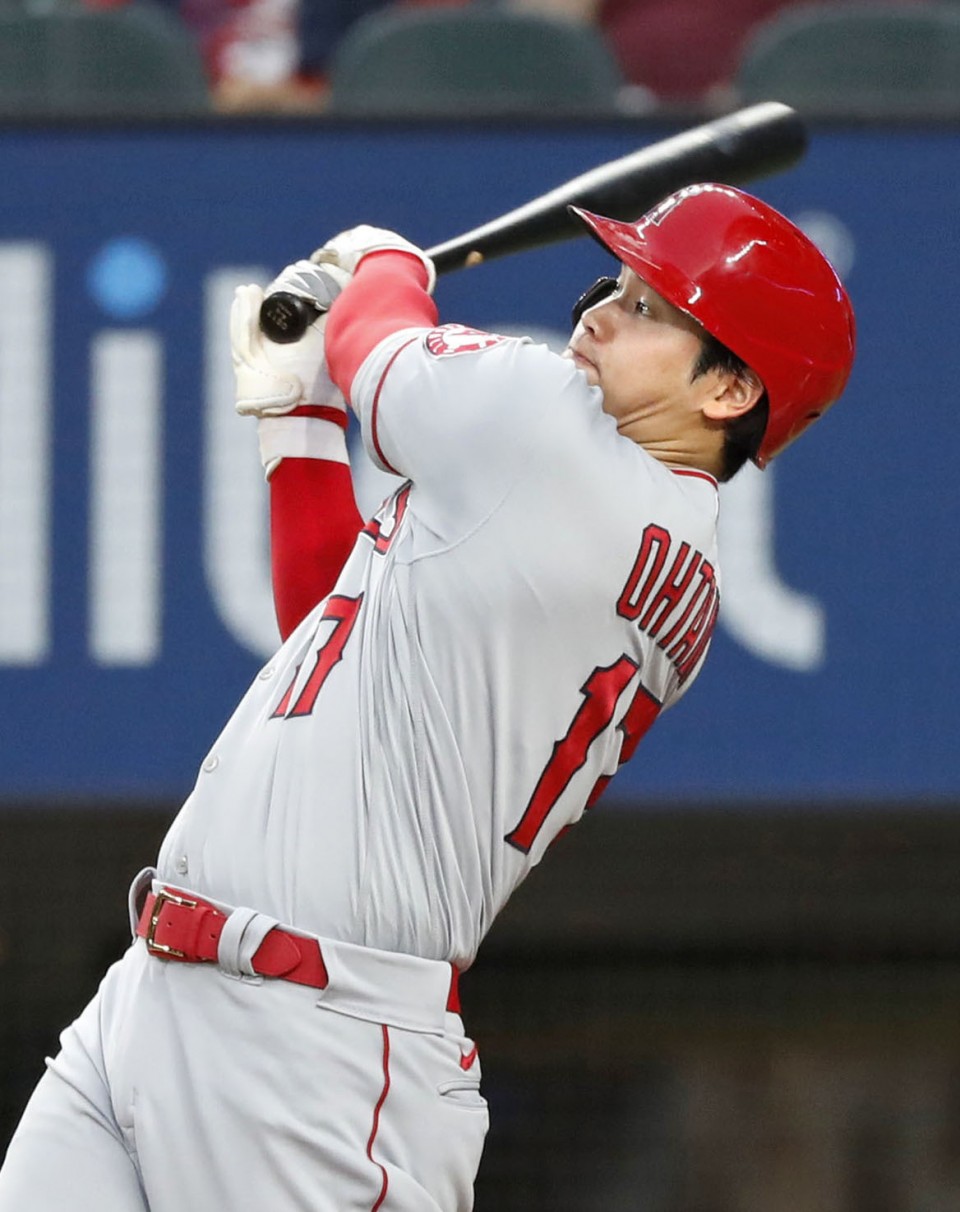 Shohei Ohtani of the Los Angeles Angels hits a two-run double in the second inning of a game against the Texas Rangers at Globe Life Field in Arlington, Texas, on April 26, 2021. (Kyodo) ==Kyodo

Ohtani, who launched his seventh homer of the season a day earlier, became the first home run leader to start an MLB game as a pitcher since Babe Ruth 100 years ago, according to the Elias Sports Bureau.

"I wouldn't say I'm not honored to be compared to somebody like him, but the season has just started. I'm definitely going to have my share of bad days, but I hope to keep having as many good days as possible," Ohtani said.

By the end of Monday's games, Philadelphia Phillies infielder Rhys Hoskins had taken over as home run leader with eight.

At Globe Life Field, Ohtani overcame a shaky first inning in which he gave up four runs, including a three-run homer to Nate Lowe, to get the win. He needed 29 pitches to get out of the inning but was able to get through the second and third innings on just 16 pitches.

Ohtani allowed four runs on three hits in five innings, with two walks and nine strikeouts. His innings pitched and strikeouts were both season-highs.

At the plate, Ohtani hit two of the visitors' 16 hits, drove in two runs, scored three times and drew one walk. In the top of the second, he doubled to cut the Angels' deficit to one run and scored the tying run on a single by Mike Trout.

"I helped myself a lot by driving in those runs. Because we tied the game in that inning and we were back where we started, I was able to shift mental gears (on the mound)," Ohtani said.

"My win is meaningful as a team because of our offensive production. For me personally I'm not overwhelmed with joy because of the way I pitched in the first inning. I have to prove to the team in every game how capable I am of contributing," Ohtani said.

The Angels scored three more runs on back-to-back homers and Trout's RBI double off Texas starter Jordan Lyles (1-2) in the third to reclaim the lead. Lyles exited after 2-2/3 innings, his shortest start of the season.

After the game, Ohtani reflected on the road back from surgery, saying he did not let being away from the mound for so long affect his mental health.

"As a fastball pitcher, I was always aware of the risk of injury. Maybe that's why I was able to stay positive during the long post-injury rehab period," he said.

Ohtani said his exit after five innings had nothing to do with the blister on his finger that forced him to skip his turn in the rotation earlier this month.