A volcano on Sakurajima in southwestern Japan erupted early Sunday, sending a column of smoke over 2.3 kilometers into the air, the weather agency said.

Following the eruption at 1:09 a.m., the Japan Meteorological Agency issued an eruption alert, urging people in the cities of Kagoshima and Tarumizu in Kagoshima Prefecture to protect themselves from the potential impact of the volcanic activity. There were no reports of injuries or property damage following the eruption, local authorities said. 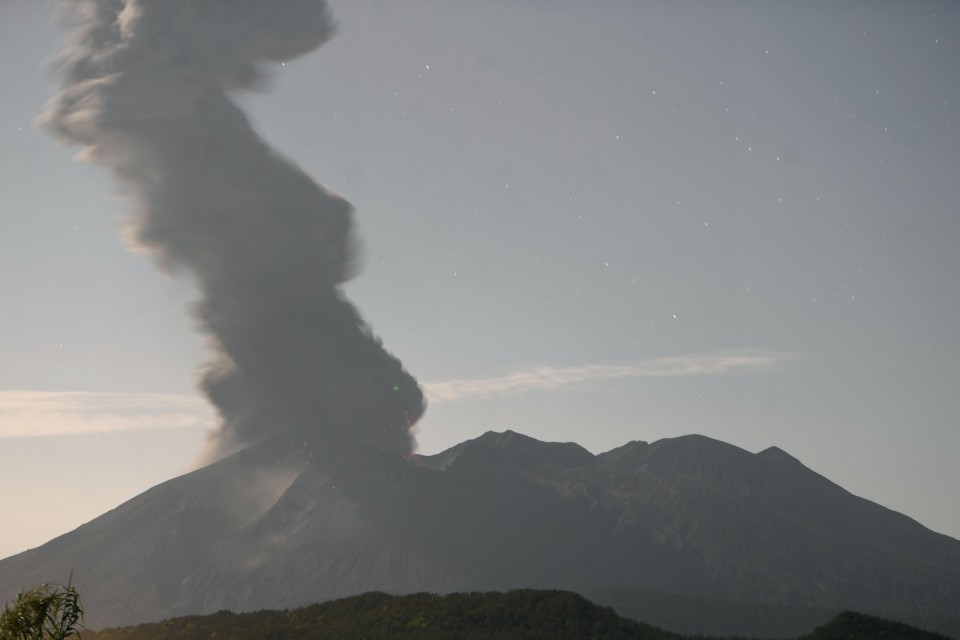 The agency initially said pyroclastic flows were confirmed within 1.8 km of the Minamidake crater but said later its on-site observation suggests it was part of the smoke. The likelihood of death or injury is low since people have been prohibited from approaching within 2 km of the crater since February 2016, it added.

The agency is maintaining its alert for the active volcano at level 3 on a 5-point scale, warning the public not to go near the crater and urging caution against falling rocks and stones.

The agency briefly expanded the no-entry zone to a 2.4-km radius from the Minamidake crater before setting it back at 2 km. The nearest residential area is about 2.5 km away.

Sakurajima, an area that has one of the most active volcanoes in Japan, is connected to the Osumi Peninsula on Kyushu, the country's southwestern main island.

A large eruption in 1914 emitted enough lava to close the strait between the Sakurajima volcanic island in Kagoshima Bay and the Osumi Peninsula.