The final chapter of the "Attack on Titan" manga series, popular in Japan and abroad and set to be made into a Hollywood film, was released Friday, closing the curtain on a story that has been running since 2009.

The 139th chapter of the saga depicting a battle against giant man-eating creatures was published in the May issue of Kodansha Inc.'s monthly Bessatsu Shonen Magazine. Known as "Shingeki no Kyojin" in Japanese, the final 34th volume of the series in book form will go on sale on June 9. 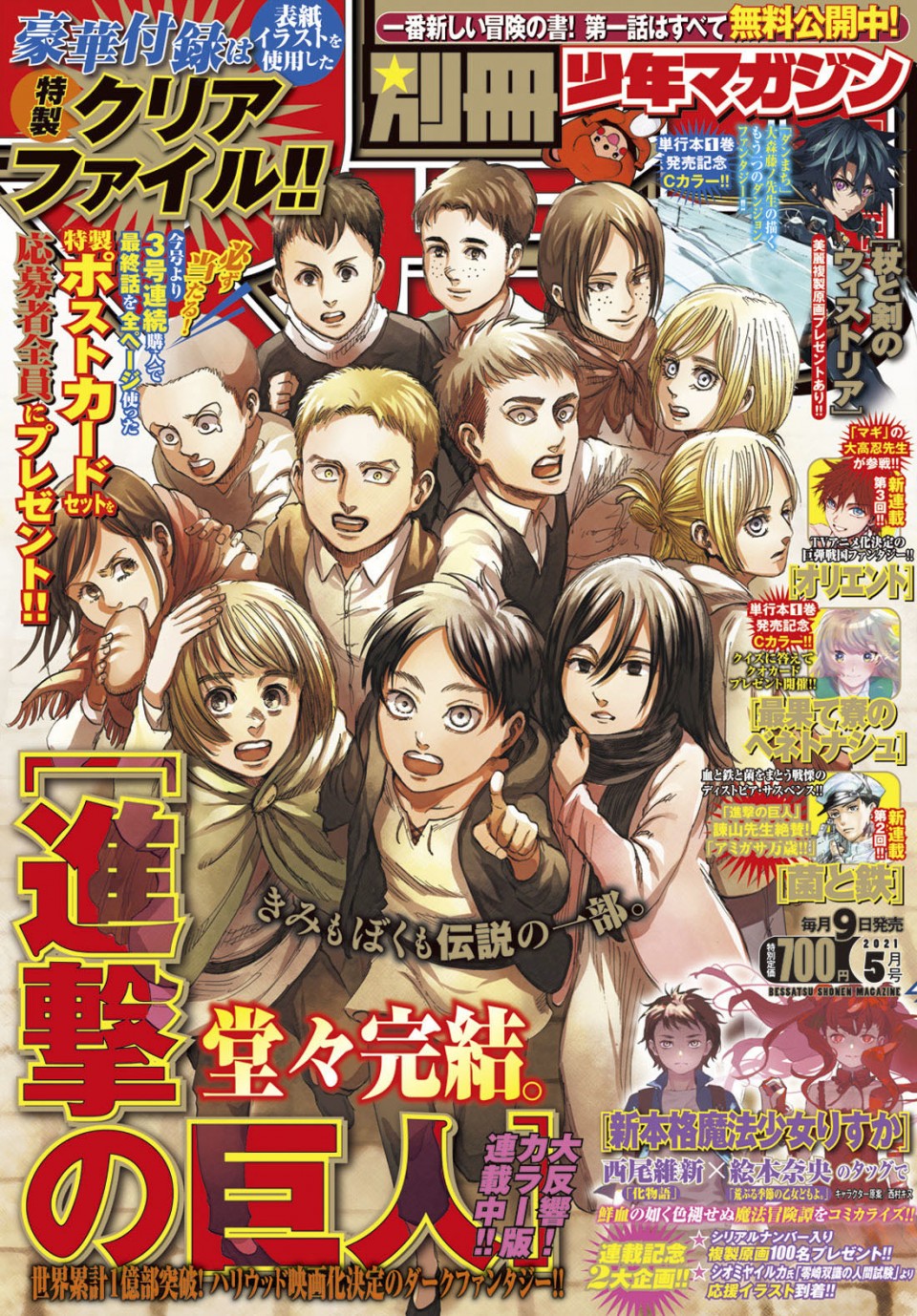 Supplied image shows the characters from "Attack on Titan" for the manga's final chapter on the cover of the May issue of Bessatsu Shonen Magazine. (No reuse permitted)(Kyodo)

"Attack on Titan" revolves around protagonist Eren and his fight against creatures known as Titans that have overrun the world.

Publisher Kodansha said in October 2018 that the manga will get a Hollywood live-action film adaptation by Andy Muschietti, who directed the horror movie "It."

The series has also been adapted into a TV anime series in Japan running since 2013.