Naoki Mizunuma and Takeshi Kawamoto qualified for this summer's Tokyo Olympics in the men's 100-meter butterfly on Friday at Japan's national swimming championships.

Mizunuma won in 51.03 seconds with Kawamoto, the national record holder, another 0.22 back on the penultimate day of the eight-day meet at Tokyo Aquatics Centre, the Tokyo Olympic swimming venue. 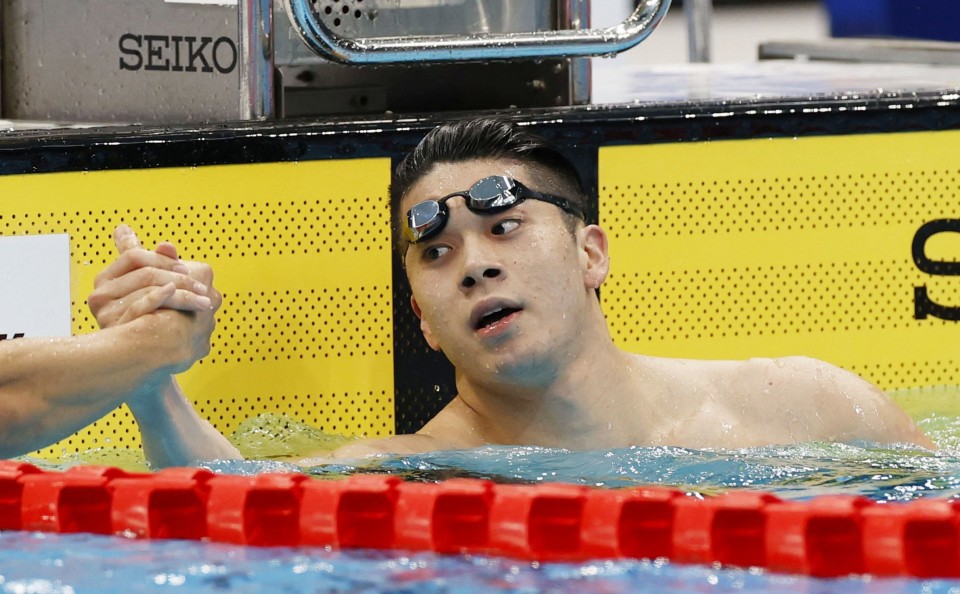 Anna Konishi, who has qualified for the women's 400 medley relay, won the women's 200-meter backstroke but slowed over the final meters and finished in 2:09.47, missing the qualifying standard by 0.07.

Rikako Ikee, who was diagnosed with leukemia in February 2019, continued her dramatic comeback with the fastest semifinal time, 24.87, in the 50 freestyle. Ikee, who returned to competition last August, has clinched Olympic berths on the 400 medley and 400 freestyle relay teams.