Japanese Prime Minister Yoshihide Suga is arranging to depart on April 8 for a three-day trip to Washington and expected to become the first foreign leader to meet in person with U.S. President Joe Biden, government sources said Monday.

The leaders are set to discuss efforts to realize a free and open Indo-Pacific amid China's growing economic and military influence in the region, as well as global issues including the coronavirus pandemic and climate change. 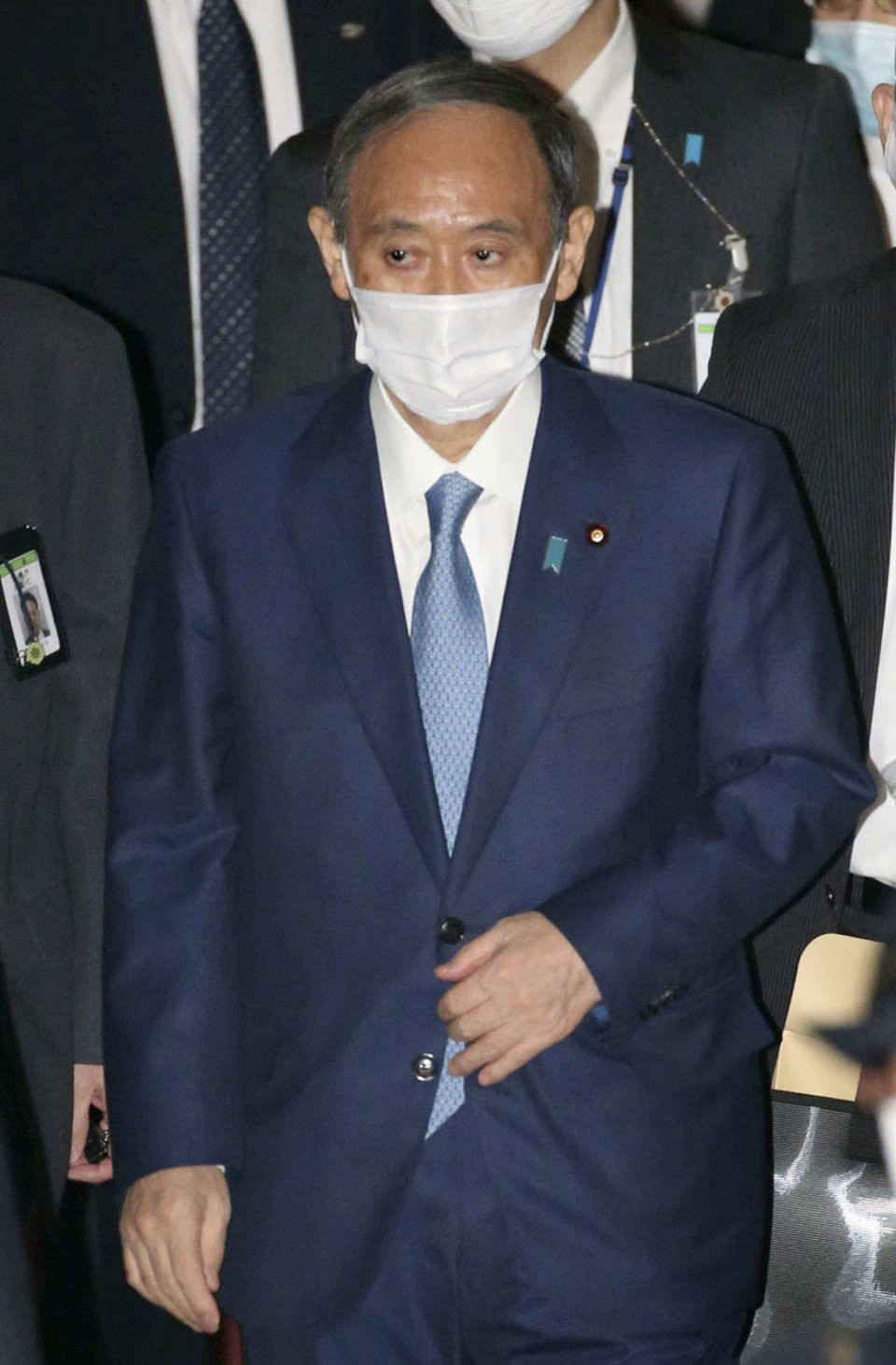 Japanese Prime Minister Yoshihide Suga is pictured before a House of Councillors Budget Committee session in Tokyo on March 15, 2021, wearing a mask amid the novel coronavirus pandemic. (Kyodo)

Suga will receive his first dose of Pfizer Inc.'s COVID-19 vaccine on Tuesday as part of preparations for the trip, his office said.

Suga is slated to get the second dose three weeks later before the trip. To lower the risk of spreading the coronavirus, he will take a small entourage that will receive both shots before departure, according to the sources.

The trip will also be kept short with as few events as possible, the sources said.

Suga had indicated his hope to visit the United States "as soon as possible" for a meeting with Biden. The leaders attended a virtual meeting last week with their Australian and Indian counterparts, in which they agreed to cooperate to expand COVID-19 vaccine production for developing countries.

Japan has prioritized vaccinating health care workers before expanding the rollout to the rest of its population. Suga, 72, had previously said he would receive the shot after people aged 65 or older become eligible in mid-April.

Suga's office said his vaccination will be open to the press, following the example of other leaders who have received their shots in front of cameras to ease concerns over the safety of COVID-19 vaccines. Biden, 78, did so in December before taking office.