Japanese Prime Minister Yoshihide Suga received his first dose of Pfizer Inc.'s COVID-19 vaccine on Tuesday as he prepares to visit the United States next month for a meeting with President Joe Biden.

Wearing a powder blue Okinawa traditional "kariyushi" shirt, Suga got the shot in his upper arm at the National Center for Global Health and Medicine in Tokyo. By doing so in front of cameras, he took a cue from other world leaders who have taken the opportunity to build confidence in COVID-19 vaccines. 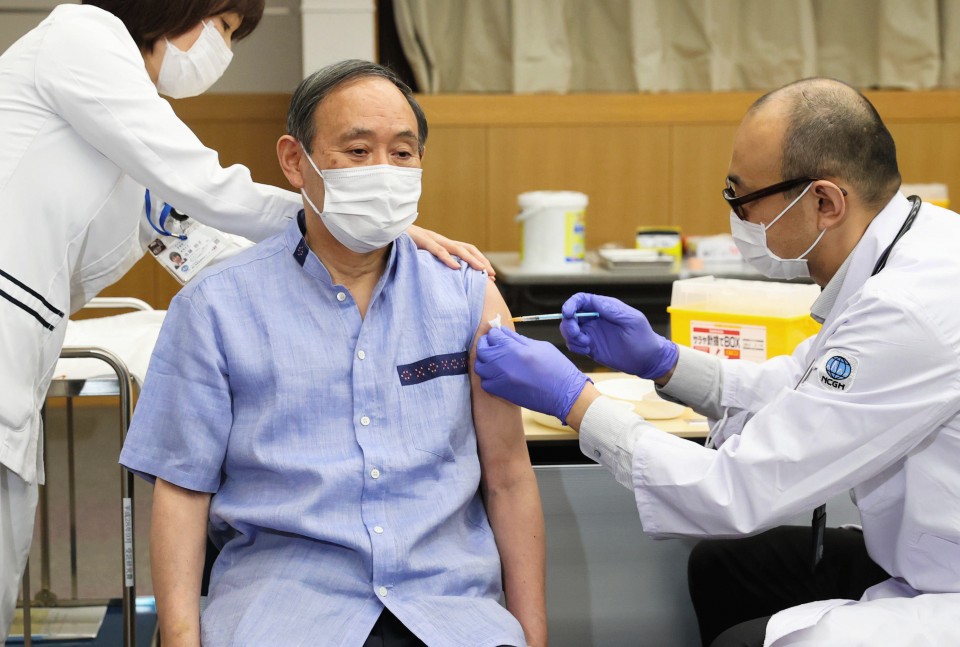 "I thought it would hurt, but it wasn't so bad," he told reporters. "Vaccinations are an extremely important part of measures against the coronavirus, and we have to deliver these vaccine doses to the people as soon as possible."

Suga has promised to secure enough for Japan's population of 126 million within the first half of this year.

Public skepticism toward vaccines could hamper the rollout, however, with only 63.1 percent of respondents in a Kyodo News poll conducted last month saying they want to be inoculated and 27.4 percent saying they do not, apparently out of concerns over side effects.

The effort has also been held up by production delays at Pfizer's factory in Belgium and the European Union's export controls, as well as difficulty procuring low dead space syringes that can extract more doses per vial.

Health care workers across the country are being inoculated first before the rollout expands to the rest of the population. Suga, who is 72, had previously said he will wait until people aged 65 or older become eligible in mid-April.

But the Japanese and U.S. governments agreed to take precautions to prevent the spread of the coronavirus during the trip to Washington. Both Suga and Biden, 78, are at increased risk of developing severe symptoms of COVID-19 due to their age.

Biden received both doses of the Pfizer vaccine before he was inaugurated in January.

The prime minister will take the second dose of the Pfizer vaccine in three weeks before departing for Washington. According to a Japanese official, his entourage, which will be smaller than usual, will also receive both shots and the trip will be kept short with as few events as possible.

The meeting will be Biden's first in person with a foreign leader since taking office. The two are expected to discuss efforts to realize a free and open Indo-Pacific amid China's growing economic and military influence in the region. They will also broach measures to tackle the coronavirus and climate change.

For Suga, whose administration has suffered from low approval ratings amid criticism of its sluggish response to the pandemic and is currently being battered by a string of ethics code violations at the communications ministry, it will be an opportunity to demonstrate his diplomatic skills.

Marking exactly six months since taking office last September, the prime minister stressed Tuesday the administration has been hard at work bringing down infections as well as implementing key policies such as lowering mobile phone fees and expanding support for fertility treatment.

"We've placed top priority on preventing the spread of the coronavirus so people can return to living safe, secure lives as soon as possible," he said.

As for a general election which must be held by October, when the current term for the House of Representatives members ends, Suga said he would consider the timing of dissolving the chamber after "taking a good look at the situation." 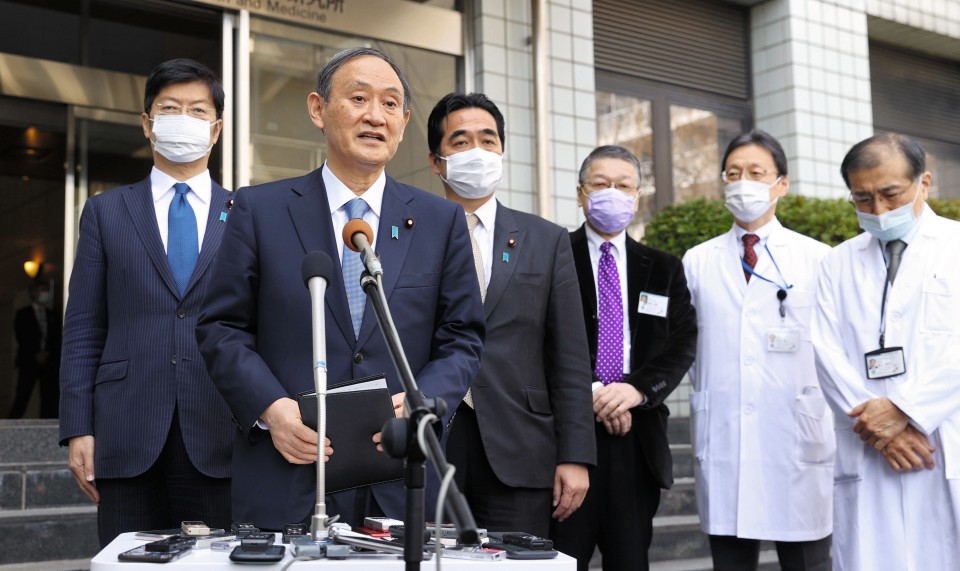 Vaccinations for elderly to begin in populous areas in limited supply