The top defense chiefs from the United States and its allies including Japan on Saturday condemned violence by Myanmar's security forces that led to the deaths of more than 100 civilians the same day.

"As Chiefs of Defense, we condemn the use of lethal force against unarmed people by the Myanmar Armed Forces and associated security services," they said in a joint statement, after local media reported that at least 114 were killed Saturday in the bloodiest day since anti-coup protests began in February. 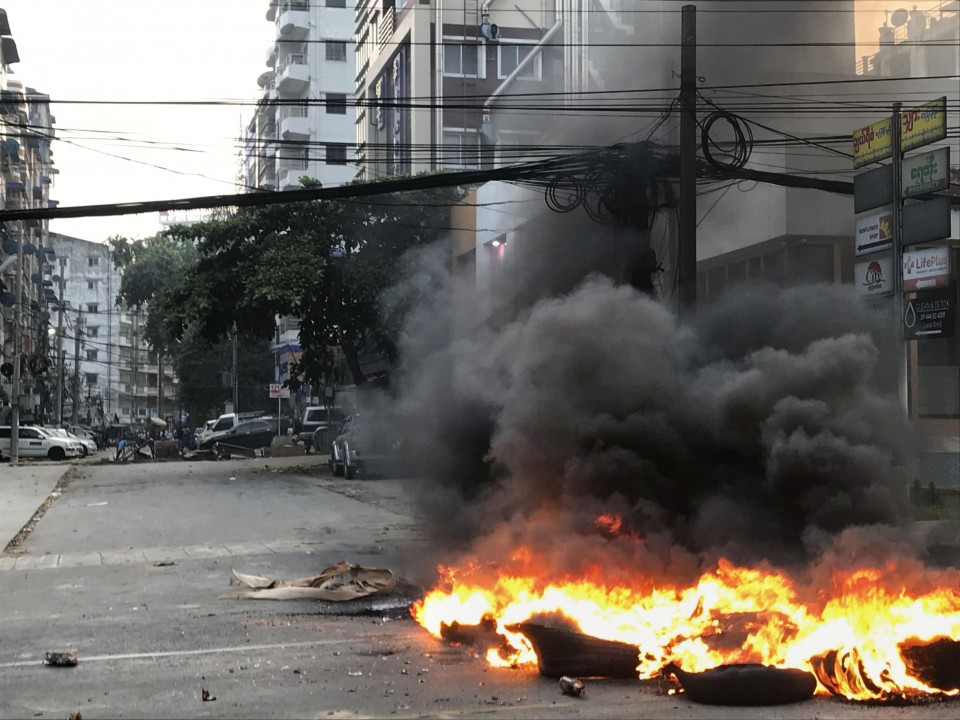 Black smoke rises from tires burning in a road in Yangon, Myanmar on March 27, 2021. (Kyodo)

The use of deadly force to crack down on demonstrations has been intensifying since the military ousted Aung San Suu Kyi's elected government on Feb. 1. The latest violence came as the military celebrated its annual Armed Forces Day.

The statement said that a "professional military follows international standards for conduct and is responsible for protecting -- not harming -- the people it serves."

It urged Myanmar's Armed Forces to "cease violence and work to restore respect and credibility" with its people.