Cherry flowers came into bloom on Thursday in Hiroshima ahead of other parts of the country, for the second-earliest time on record since observations began in 1953, the Japan Meteorological Agency said. 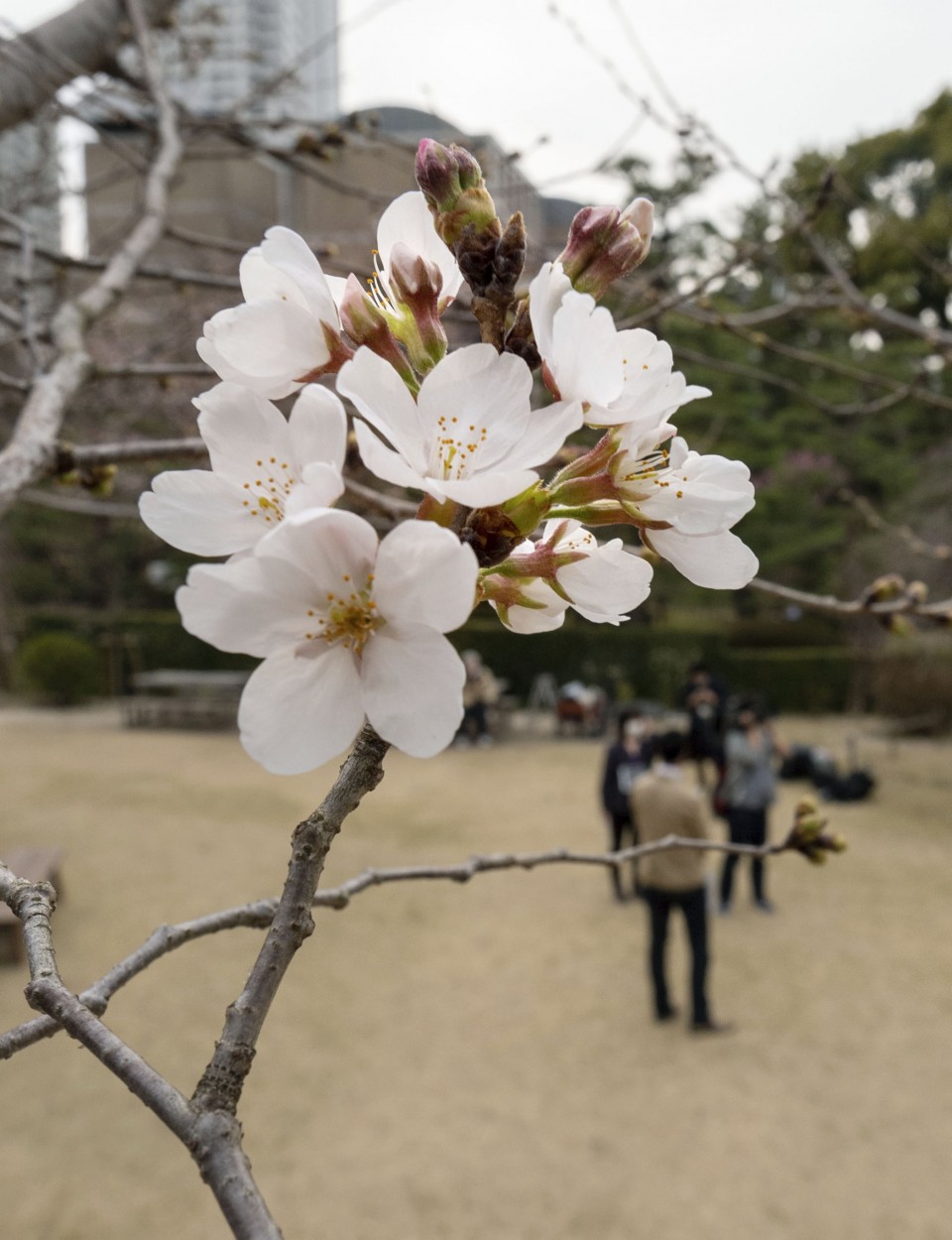 Season's first cherry blooms at Shukkeien Garden in Hiroshima on March 11, 2021, ahead of other parts of Japan. (Kyodo)

It is the first time the country's earliest blooming of the "Somei Yoshino" variety for a season has been observed in Hiroshima, western Japan.

The earliest ever blooming was recorded on March 10, 2010 in the city of Kochi, according to the agency.

At Shukkeien Garden in Hiroshima, an agency official found more than five flowers on a tree designated for observation Thursday afternoon, fulfilling conditions to declare the blooming of the flowers, 16 days earlier than in average years and 11 days earlier than last year.

The tree is expected to be in full bloom in a week to 10 days, said the agency.

"Spring-like weather observed in February may have hastened the blooming," one of the agency officials said.