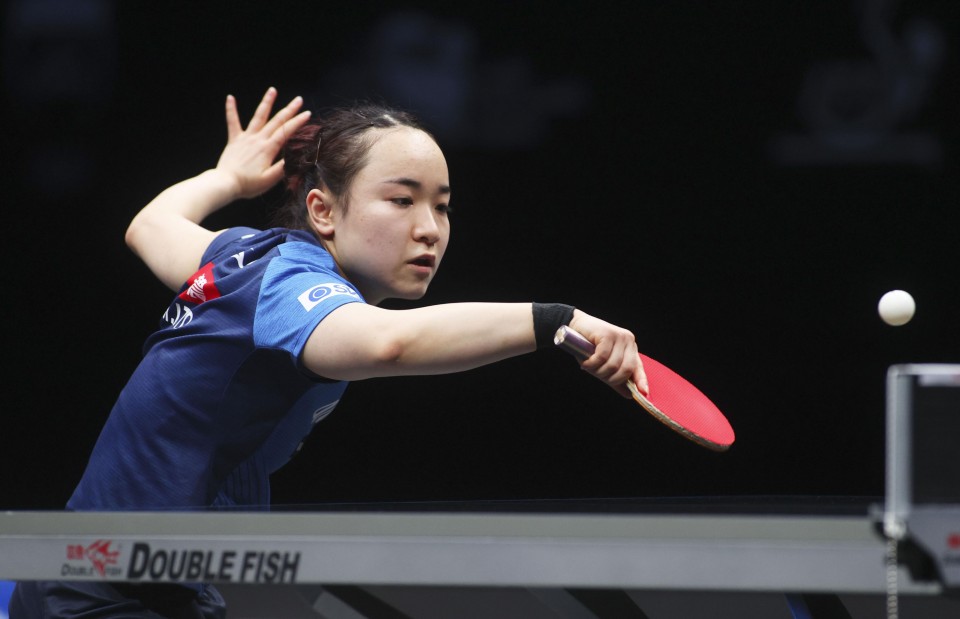 Japan's Mima Ito plays a shot in her 4-1 win over Singapore's Feng Tianwei in the women's singles final at the World Table Tennis Star Contender tournament in Doha on March 13, 2021. (Photo courtesy of WTT Doha 2021)(Kyodo)

With Chinese players staying home because of concerns about the coronavirus, world No. 5 Harimoto was left as the highest-ranked competitor in the men's draw.

The young star lived up to his top billing, defeating 42nd-ranked German Ruwen Filus 4-2 to lift the trophy at the Lusail Sports Arena. 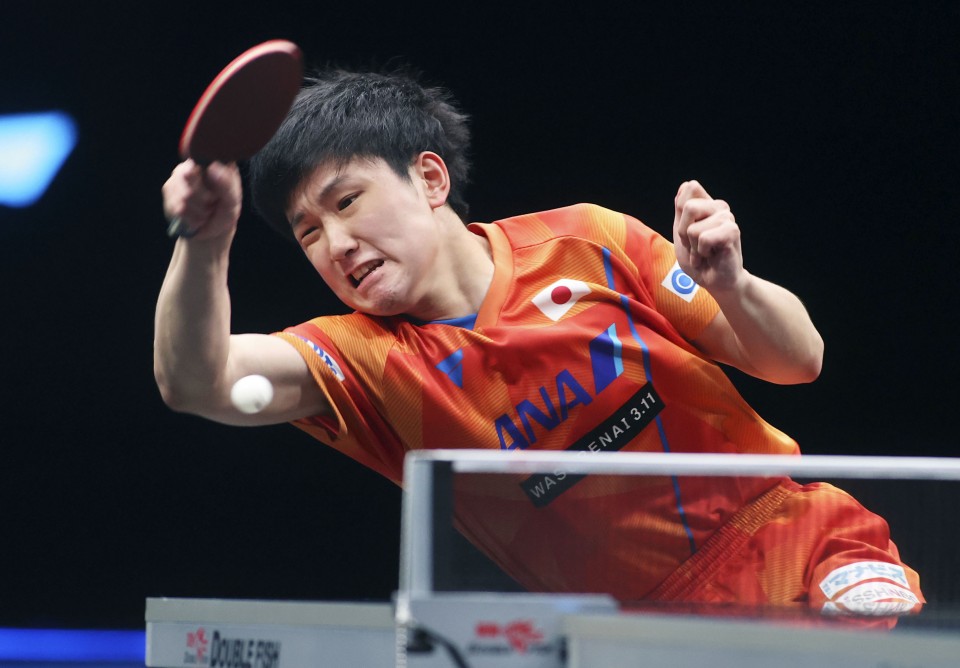 Japan's Tomokazu Harimoto plays a shot in his 4-2 win over Germany's Ruwen Filus in the men's singles final at the World Table Tennis Star Contender tournament in Doha on March 13, 2021. (Photo courtesy of WTT Doha 2021)(Kyodo)

The native of Sendai in northeastern Japan's Tohoku region dedicated the win to people affected by the Great East Japan Earthquake following the 10-year anniversary of the disaster.

"I wanted to win this for the people of Tohoku and Miyagi (prefecture). I hope as many people as possible could gain a little happiness," Harimoto said.

The highest-ranked woman in the draw, world No. 2 Ito defeated Singapore's Feng Tianwei 4-1 in the final.