Health minister Norihisa Tamura apologized Tuesday over a late-night party involving 23 officials of his ministry held last week in Tokyo despite the metropolitan government's request for shorter business hours to curb the spread of the coronavirus.

Tamura, who as head of the ministry at the forefront of the state response to the COVID-19 pandemic, said the big farewell party held at a restaurant in the capital's glitzy Ginza district until around midnight last Wednesday "betrayed the people's trust." 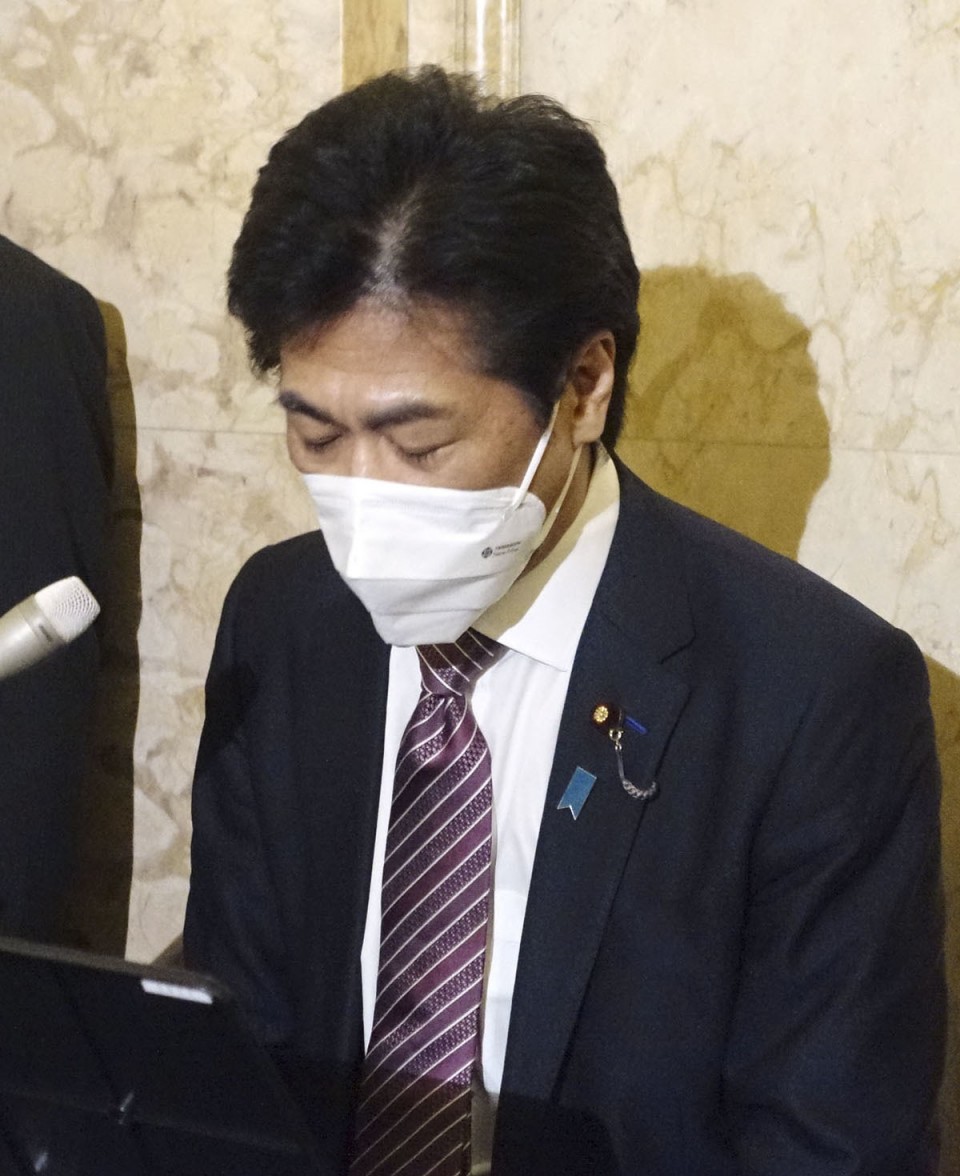 The minister of health, labor and welfare will voluntarily surrender two months' worth of ministerial wages to take responsibility for the incident, the ministry said.

Meanwhile, the director of the ministry's Division of the Health for the Elderly, who organized the party, will be effectively dismissed from the post, the ministry said.

Although Japan fully lifted its second state of emergency over the virus on March 21, the Tokyo metropolitan government has requested that restaurants and bars close by 9 p.m., effective until April 21.

The central government's coronavirus task force also recommends limiting dining to a maximum of four people from a close circle, such as family members and colleagues.

A senior health ministry official told parliament Tuesday the party organizers had booked a table at a Ginza restaurant that is open until 11 p.m.

The gathering started at 7:15 p.m. last Wednesday and more than 10 of the 23 participants including the director remained there until around midnight. Most of the attendees talked with each other without wearing face masks, the official added.

Tamura said the ministry has launched a probe to check whether there were other late-night dinner parties involving its officials, and indicated that those in attendance will be punished.

"Twenty-three is an abnormal number (of participants), and a huge problem," Tamura said at the parliament.

"It is extremely regrettable that the health ministry, which is in charge of the coronavirus response, was involved in such a case," the government's top spokesman Katsunobu Kato said at a press conference.

The chief Cabinet secretary, who previously served as a health minister, said he thought "what on earth are they doing?" when he first heard about the case.

Opposition lawmakers criticized the gathering, with Jun Azumi, the Diet affairs chief of the Constitutional Democratic Party of Japan, saying it was "outrageous" and indicating Tamura should be held accountable for the matter.

FOCUS: Suga on tightrope as COVID-19 resurgence could risk 2nd term as PM