North Korea's firing of two ballistic missiles on Thursday for the first time in a year appears to be aimed at testing Washington's posture following the launch of U.S. President Joe Biden's administration in January.

Pyongyang wants to see how the United States and other concerned countries will react to the firing of what are believed to be short-range ballistic missiles into the Sea of Japan, analysts and diplomatic sources said. 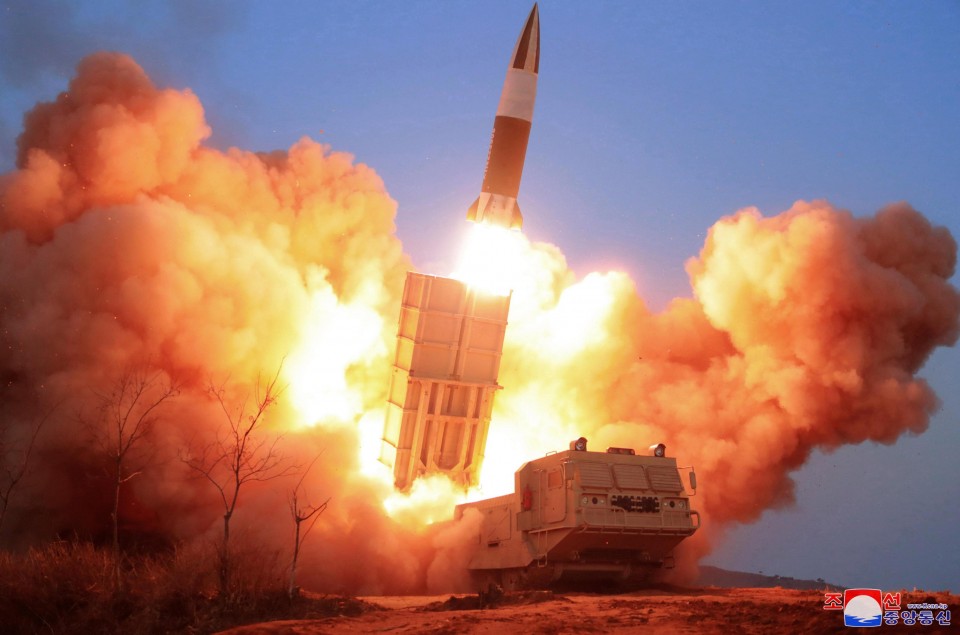 Photo shows a North Korean missile launched on March 21, 2020, which the official Korean Central News Agency reported the next day was a "tactical guided weapon." (KCNA/Kyodo)

The launches shortly after 7 a.m. came as the United States is set to complete what it calls a "thorough" review of policy toward North Korea following inputs from its two key Asian allies -- Japan and South Korea. The three countries' national security advisers plan to meet next week in Washington to coordinate their approaches.

"By firing the missiles, North Korea probably wanted to improve its negotiating position as it is set to face negotiations with the United States following the conclusion of the policy review," said a Japanese government source. "It wanted to see how the United States would respond."

Another Japanese Foreign Ministry source said, "North Korea is watching how the Biden administration reacts, after (Biden's predecessor Donald) Trump downplayed short-range ballistic missile launches by North Korea and did not say they were against U.S. Security Council resolutions."

Trump engaged in unprecedented summit diplomacy with North Korean leader Kim Jong Un, meeting him three times in 2018 and 2019 in an attempt to convince Pyongyang to give up its pursuit of nuclear weapons.

Negotiations, however, made little progress during Trump's four years in the White House, with the two nations at odds over issues such as the degree of sanctions relief Pyongyang should receive for taking denuclearization steps.

The latest missile launches show that North Korea does not intend to back down on its nuclear and missile ambitions, analysts say.

In an address at the ruling Workers' Party congress in January, North Korean leader Kim pledged to strengthen his country's military capacities, bolster its nuclear arsenal and upgrade its intercontinental ballistic missiles, which are thought to be capable of reaching the U.S. mainland. 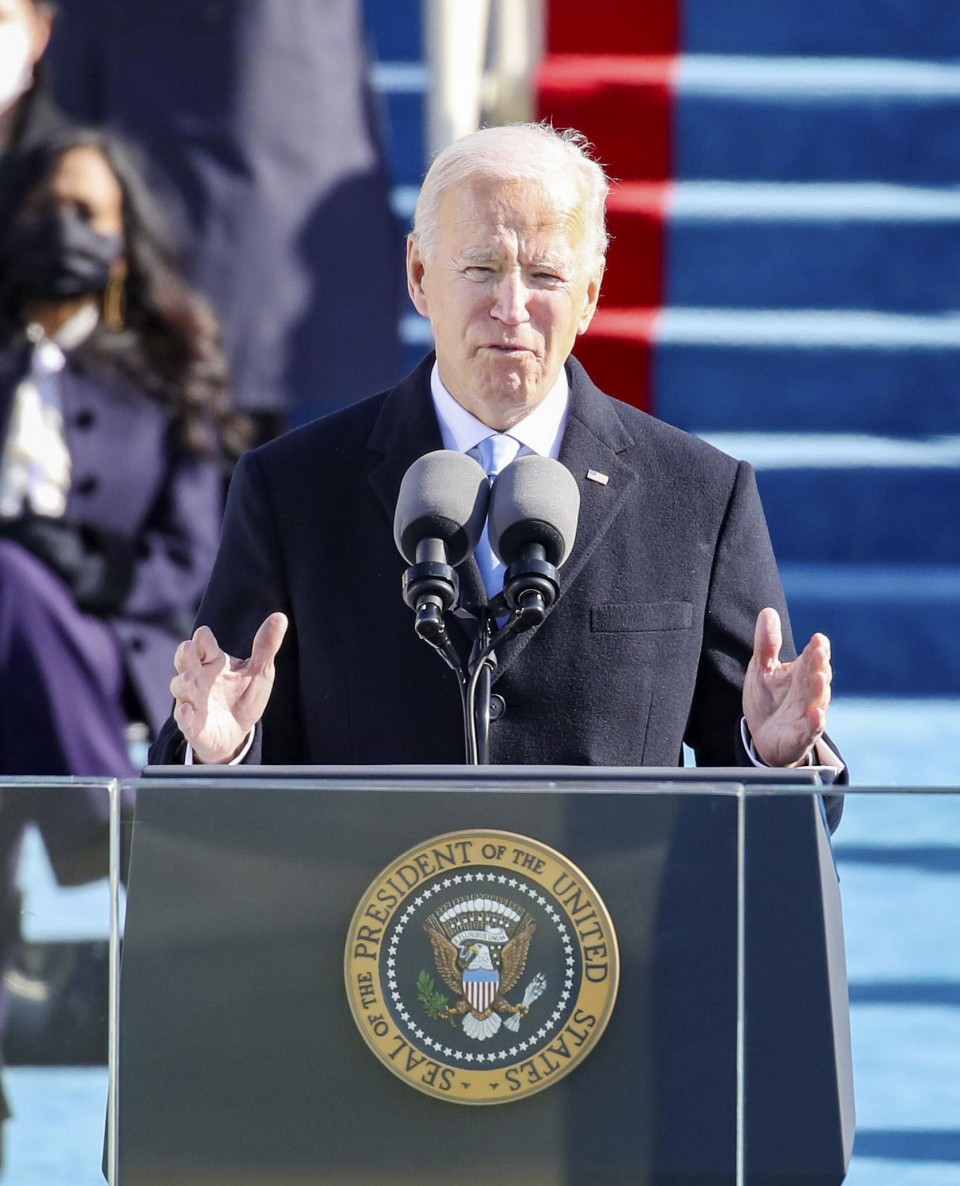 The Biden administration reached out to North Korea through several channels starting in mid-February but has not received any response, according to senior U.S. officials.

Kim Yo Jong, sister and close aide of the North Korean leader, meanwhile earlier this month lambasted U.S.-South Korea military exercises that were taking place at the time.

She urged Washington not to do anything to prevent it from "sleeping in peace" for the next four years.

Hideshi Takesada, visiting professor at the graduate school of Takushoku University, said North Korea had been quiet for more than a year because of the coronavirus pandemic but also out of consideration toward Trump, who had sought dialogue.

"But with the change of administration, North Korea has been stepping up its criticism of the United States in the past few weeks, trying to show Mr. Biden that it could escalate its actions unless the United States concedes and eases sanctions," he said.

"There is a good chance" that North Korea could move on to firing intercontinental ballistic missiles in pursuit of sanctions relief, he said.

The Biden administration, after taking office, has made clear its desire to strengthen coordination with Japan and South Korea to respond to North Korea's nuclear and missiles programs.

While the United States said it hopes to engage with China, Pyongyang's primary benefactor, toward achieving North Korea's denuclearization, prospects for such talks remain unclear amid the ongoing rivalry and confrontation between the two powers over issues including trade, technology and human rights issues.

The U.S. Indo-Pacific Command said in a statement that the launches highlight "the threat that North Korea's illicit weapons program poses to its neighbors and the international community."

Washington's commitment to the defense of Japan and South Korea remains "ironclad," it added.