U.S. on track to secure enough vaccine supply for all adults by May

The United States is on track to secure enough vaccine supply for every adult in the country by the end of May, two months earlier than expected, President Joe Biden said Tuesday.

The announcement came as Merck & Co. has agreed to help produce its rival Johnson & Johnson's just-approved coronavirus vaccine, in what the administration hailed as a historic manufacturing collaboration between two of the largest U.S. health care and pharmaceutical companies.

"This is the type of collaboration between companies we saw in World War II," Biden said, noting that the move will help address the fact that Johnson & Johnson is "behind" in vaccine manufacturing and production. 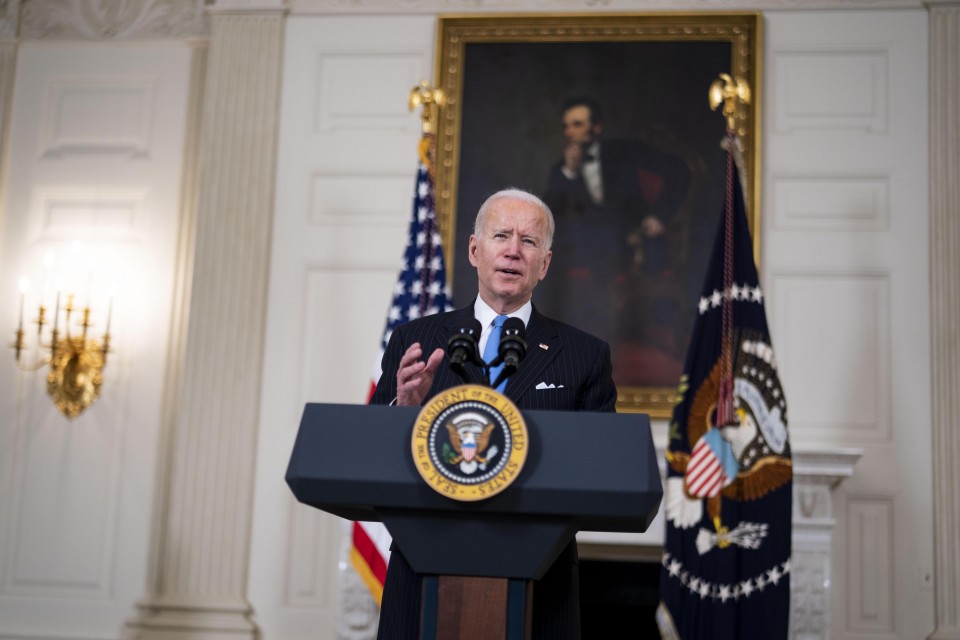 The Johnson & Johnson vaccine was granted emergency use authorization by the U.S. drug regulator on Saturday. The vaccine has specifically been studied with a one-dose regimen, raising hopes that its use will enable a simpler mass inoculation process than that carried out by the two other two-dose vaccines.

Despite what appears to be progress in the country's battle with the pandemic, Biden responded cautiously to the question of when people's lives will return to normal.

"I've been cautioned not to give an answer to that because we don't know for sure," he said, adding, "My hope is by this time next year we're going to be back to normal."

The United States, a country with a population of over 300 million, saw the total number of deaths from the novel coronavirus surpass 500,000 in late February, a figure higher than in any other country, according to a tally by Johns Hopkins University.

The country's number of total cases is also the highest in the world, with more than 28.7 million people having been infected with COVID-19, the disease caused by the virus as of Tuesday, the tally showed.