The CEO of the Tokyo Olympic organizing committee believes this year's Summer Games can be a symbol of solidarity that will help reduce emotional distance between people who have been struggling with loneliness and anxiety in a "dark and somber time" caused by the novel coronavirus.

In a recent interview with Kyodo News, Toshiro Muto said the value of staging the Tokyo Games has changed significantly since the virus swept the world and forced people to isolate or change their lifestyles to minimize the risk of infections without knowing when the pandemic will come to an end. 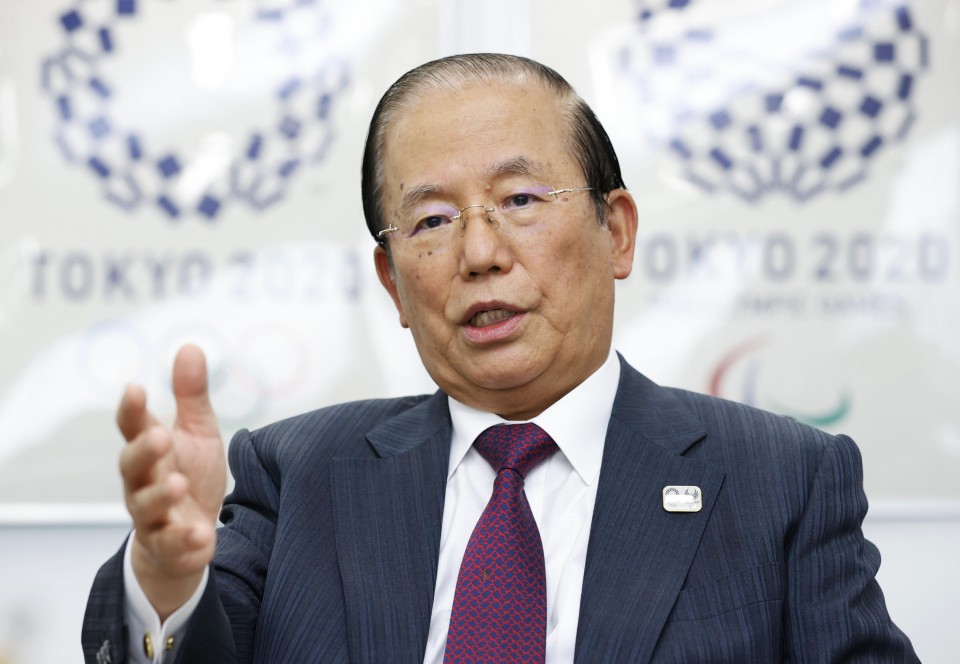 Toshiro Muto, CEO of the Tokyo Olympic and Paralympic organizing committee, gives an interview in Tokyo on March 5, 2021. (Kyodo)

"Before the outbreak of the virus, I think people would have understood if I explained the merits of the Olympics, but we are now in a serious crisis that may only happen once in several centuries," he said.

"If we were to talk about the Olympics during these times, I've acknowledged that discussions would have to be held on a completely different level."

The Olympics have promoted peace and the wellbeing of individuals for many years. He suggested that a successful Tokyo Games can be an inspiration during this challenging period and contribute to bringing people together mentally, if not physically.

"If we want to create solidarity instead of division, it can be done through the Olympics. Everyone knows that sports have the power to change the world," the 77-year-old said. "It depends on the efforts put forth by Japanese people to make the most of the chance."

But Muto, a former deputy governor of the Bank of Japan, is at the same time deeply conscious of public skepticism over the Olympics and Paralympics, saying that the global health crisis has made it difficult for many to lend their support.

"I understand it is not possible for everyone to uniformly say that the games should be held. It would be strange if (everyone) made such carefree comments," he said. "But my opinion is, realizing the games would achieve better results than saying 'it is impossible' or 'they should not be held.'"

The organizing committee has vowed to prioritize safety during the Summer Games, which are expected to involve about 15,000 athletes from around the world. But with just over four months until the Olympic opening ceremony, the pandemic seems far from over despite global efforts to curb infections. 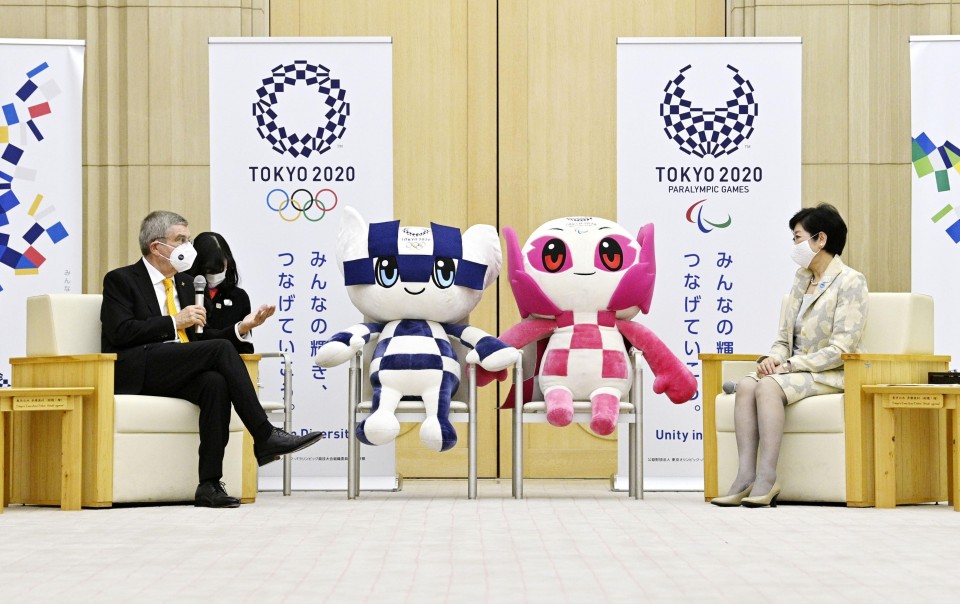 Tokyo, which will host its second Summer Games since the 1964 edition, has been under a COVID-19 state of emergency since early January when it logged over 2,500 daily cases amid the country's third wave of infections.

Under the emergency, which includes the capital's three neighboring prefectures, people are being asked to refrain from unnecessary outings while restaurants and bars must close early. Prime Minister Yoshihide Suga has extended the measure until March 21 despite originally planning to lift it in early February.

Although the number of new infections in Tokyo has dropped in recent weeks, Muto said the situation remains "extremely serious."

He emphasized that the Japanese organizers, including the Tokyo metropolitan government, must respond quickly and flexibly to different developments because it is hard to predict what the pandemic will look like in a week, let alone months.

The 2020 Tokyo Olympics and Paralympics were pushed back in March last year after the virus, first detected in China, rapidly spread around the world. The decision was made by then Prime Minister Shinzo Abe and International Olympic Committee chief Thomas Bach.

While Muto said he was "relieved" about the schedule change as the world was "in no state" to have the games, it brought about a host of challenges he did not expect when he became CEO of the committee at its launch in 2014.

"Right after the postponement, we did not have a clear picture of what would happen as a result of the postponement. It was unprecedented, so nobody knew," Muto recalled, saying the organizers were "groping blindly in the dark."

Going over the Japanese committee's preparation in the roughly 90-minute interview on March 5, Muto said one of the hurdles it faced was mapping out basic principles from scratch on how to organize the Tokyo Games in the wake of the pandemic.

After about three months of consideration, the committee announced in June the key concepts, such as prioritizing participants' health and safety, simplifying the Olympics and Paralympics format, and reducing the cost impact of the one-year delay.

Muto also said securing the same dates and venues for the games was also a daunting task, given that some of the venues, including Tokyo Big Sight, a convention and exhibition center to be used as the main press center, had already been booked for 2021.

With limited time until the Olympic opening ceremony on July 23, the organizing committee is entering the final phase of preparation. The nationwide torch relay will begin in the northeastern prefecture of Fukushima on March 25, while series of test events will be held from April to give organizers an opportunity to review logistical operations.

However, many people in Japan have voiced skepticism over whether the Olympics and Paralympics can be held this summer amid lingering concern over a potential rebound in infections fueled by highly contagious coronavirus variants.

Muto brushed aside such doubt, saying that the committee has never discussed rescheduling or canceling the games.

"It is no surprise that people lost hope due to the severity of the pandemic," Muto said. "If (the games) can allow people to start believing in the future, then I think Japan will be remembered in history for allowing that to happen."