A powerful quake with a preliminary magnitude of 6.9 shook eastern and northeastern Japan on Saturday evening, and the government initially warned tsunami of up to 1 meter could hit parts of Miyagi Prefecture's coastal areas.

The temblor occurred at 6:09 p.m. about 59 kilometers below the surface off the coast of Miyagi, the Japan Meteorological Agency said. The agency called off the tsunami warning at 7:30 p.m. 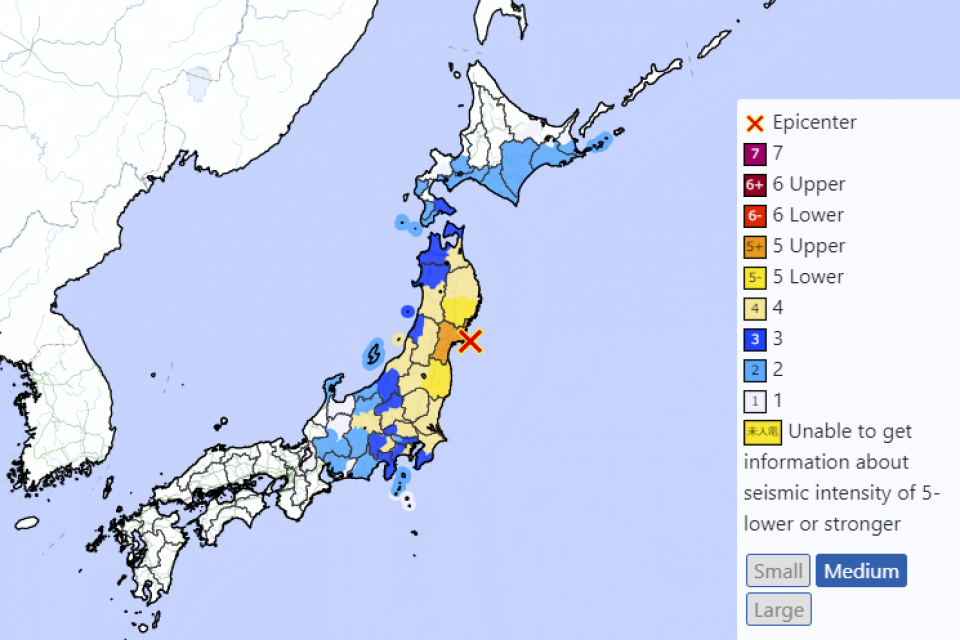 The strength and the depth of the temblor were revised downward from the initially reported magnitude 7.2 and 60 km, respectively.

An agency official said at a press conference no significant change in the sea level caused by the quake was observed but warned that quakes of a similar size could occur over the next week or so.

Its focus, about 20 km off the Ojika Peninsula in Miyagi, was relatively close to that of the magnitude-7.3 temblor in mid-February which rocked Miyagi and Fukushima prefectures and injured over 150 people.

It also came just over a week after northeastern Japan marked the 10th anniversary of the devastating quake and tsunami which triggered the Fukushima nuclear disaster.

There have been two reports of injuries in Miyagi Prefecture, according to a local fire department, but no structural damage has been reported. Television footage on public broadcaster NHK showed no abnormalities at coastal or urban areas in Miyagi where the quake hit hardest.

The quake registered upper 5 on the Japanese seismic intensity scale in parts of Miyagi, smaller than the mid-February quake which recorded upper 6 in Miyagi and Fukushima prefectures. It was also felt in Tokyo.

No abnormalities were found at nuclear plants in eastern and northeastern Japan, according to their operators, while JR East said it temporarily suspended operation of shinkansen bullet train services in the region.

Evacuation orders were issued to some 11,000 residents in coastal areas in Miyagi but the orders were lifted later, according to the prefectural government.

Following the quake, a fire broke out at a factory in Miyagi's Ishinomaki but was soon extinguished, according to the local fire department.

Chijimatsu Masayuki, 67, who runs a handicraft shop in Ishinomaki near the tip of the peninsula, said, "I felt a violent rolling motion. I can never overcome the fear of tsunami" after the area was engulfed by waves caused by the massive quake in 2011.

Shinji Toda, professor of geophysics at Tohoku University, said the latest earthquake could have caused large tsunami if its focus had been shallow. 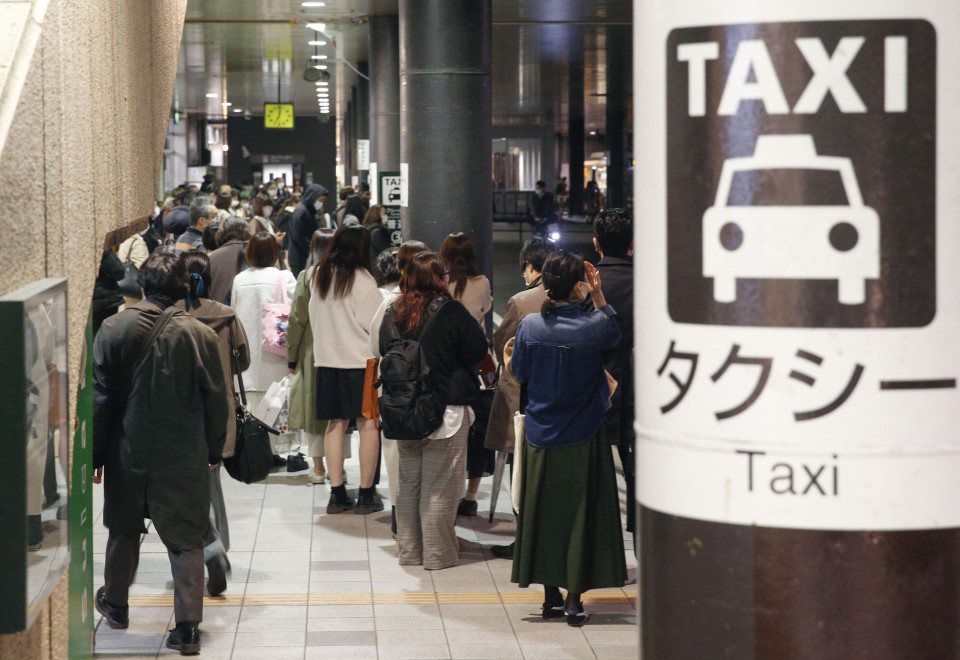 People wait for taxis in front of JR Sendai Station in Miyagi Prefecture as train services were temporarily suspended after a strong earthquake hit northeastern Japan on March 20, 2021. The government initially warned tsunami of up to 1 meter could hit parts of Miyagi's coastal areas. (Kyodo) ==Kyodo 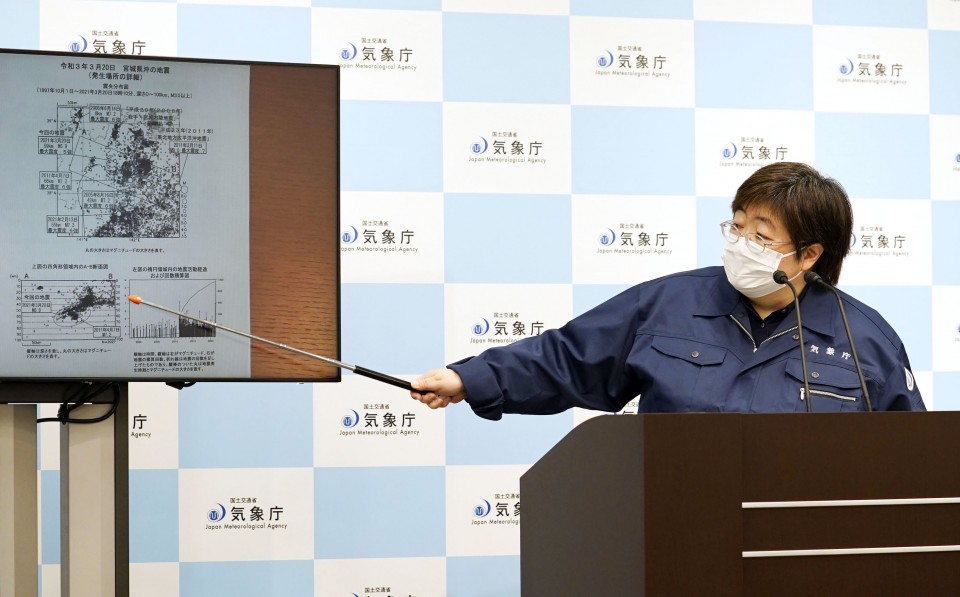 Noriko Kamaya of the Japan Meteorological Agency speaks at a press conference in Tokyo after a powerful earthquake struck northeastern Japan on March 20, 2021. (Kyodo) ==Kyodo