Rui Hachimura tied his career high with 30 points, while Russell Westbrook notched a 22-point triple-double, but it was not enough to deliver a win for the Washington Wizards on Tuesday, as they fell 114-104 at home to the Charlotte Hornets.

Shooting 12-for-25 from the floor, Hachimura led all scorers in 40 minutes for the Wizards, who were missing injured All-Star guard Bradley Beal for a second straight game. 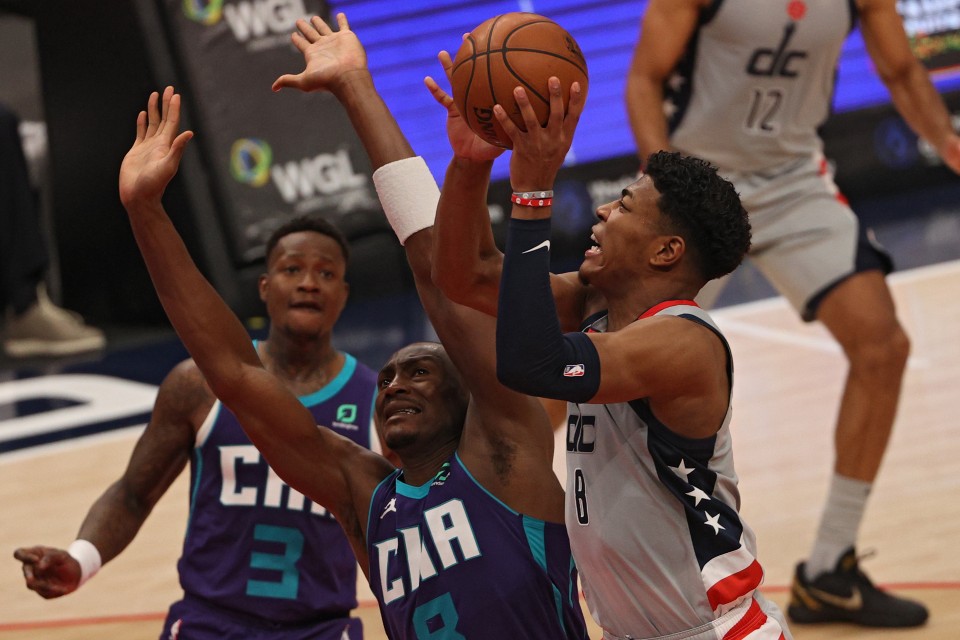 Rui Hachimura (8) of the Washington Wizards shoots during a game agaist the Charlotte Hornets on March 30, 2021, in Washington. (Getty/Kyodo)

"I was able to play with aggression from start to end," said the 23-year-old Hachimura, who set his career high against the Los Angeles Clippers last season.

"It was the second night of a back-to-back for us, so we all got fatigued late in the game."

Former NBA MVP Westbrook racked up 15 rebounds and 14 assists to go with his 22 points. Four of his seven made shots came from behind the three point line, but he shot just 7-for-20 overall.

Terry Rozier and Gordon Hayward paced the Hornets with 27 and 26 points, respectively.

Hachimura said he was looking to continue his strong form for the Wizards, who still have a shot at making the playoffs despite their struggles.

"My confidence is high due to what I have achieved so far and I want to demonstrate more of my skills (in upcoming games)," the rising Japanese talent said.

The loss dropped the Wizards to a 17-29 win-loss record, leaving them 12th in the Eastern Conference and 2.5 games out of the final playoff play-in slot.