The United States reacted in a restrained manner, with senior officials saying that they see the move as "normal" military activity by Pyongyang and will leave the door open for dialogue.

The development came as the Biden administration is in the final stages of reviewing U.S. policy toward North Korea. National security advisers of the United States, Japan and South Korea plan to meet next week in Washington to coordinate their approaches. 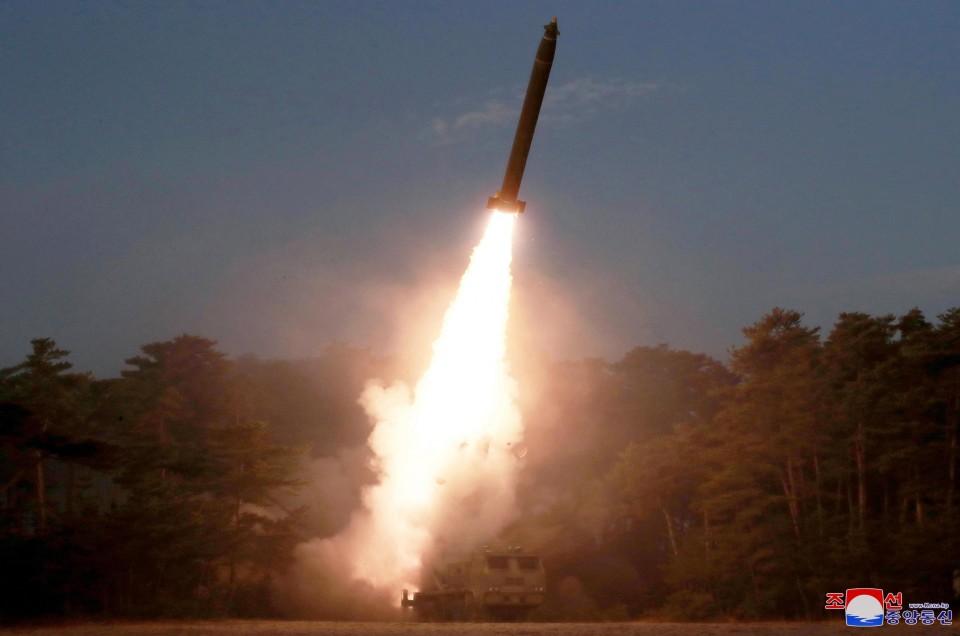 A firepower strike drill conducted by the North Korean military on March 9, 2020, as reported by KCNA. (KCNA/Kyodo)

"According to the Defense Department, it's business as usual. There's no new wrinkle in what they did," the president told reporters in Washington on Tuesday.

The senior administration officials emphasized during a press call that the testing of what they called a "short-range system" fell into the category of "normal military activity" by Pyongyang and there was no violation of U.N. Security Council resolutions restricting North Korea's ballistic missile program.

"North Korea has a familiar menu of provocations when it wants to send a message to a U.S. administration: ballistic missiles of various range, mobile and submarine launch platforms, nuclear and thermonuclear tests. Experts rightly recognized what took place last weekend as falling on the low end of that spectrum," one of the officials said.

The Biden administration has been reaching out to North Korea from mid-February in a bid to reduce the risk of escalation, but has yet to receive any direct response through diplomatic channels.

"We do not see the activity that took place this weekend is closing that door (of dialogue)," the official said.

Reflecting the administration's emphasis to work closely with the two key allies in Asia to achieve North Korea's denuclearization, another official said Biden's National Security Adviser Jake Sullivan will have a trilateral session with his Japanese and South Korean counterparts as well as bilateral engagements with them next week.

"We'll review...all the issues of critical concern...We'll try to strategize about how best we can coordinate going forward," the official said, noting that Japan is "very focused" on having the issue of North Korea's past abduction of Japanese nationals taken into consideration.

He also said the gathering is part of efforts to "improve communications between Seoul and Tokyo" which have been increasingly soured by a bilateral dispute over the compensation of wartime labor during Japan's 1910-1945 colonial rule of the Korean Peninsula.

"We believe a strong working relationship between Japan and South Korea is in the clear national security interests of the United States," he said.

North Korea has not tested any intercontinental ballistic missiles or nuclear devices since 2017.

But the country is believed to have continued honing its military capabilities, such as through the test-firing of short-range missiles, while nuclear negotiations with the administration of Biden's predecessor Donald Trump were in a stalemate.

Last week, Kim Yo Jong, younger sister and close aide of North Korean leader Kim Jong Un, lambasted the U.S.-South Korea military exercises that were taking place at that time and criticized the new U.S. administration for wanting to spread the "smell of gunpowder from across the ocean."

The week also coincided with a trip to Asia by U.S. Secretary of State Antony Blinken and Defense Secretary Lloyd Austin for meetings with their Japanese and South Korean counterparts to showcase the strength of their alliances.