Toko Shinoda, a Japanese avant-garde artist internationally renowned for her unique style of abstract sumi ink paintings, has died of natural causes. She was 107.

Shinoda, whose real first name was Masuko, died in the early hours of Monday at a Tokyo hospital, her family said. Born in Dalian, Manchuria, in what is now northeastern China, Shinoda began her study of traditional calligraphy at an early age, shifting to abstract sumi paintings following World War II. 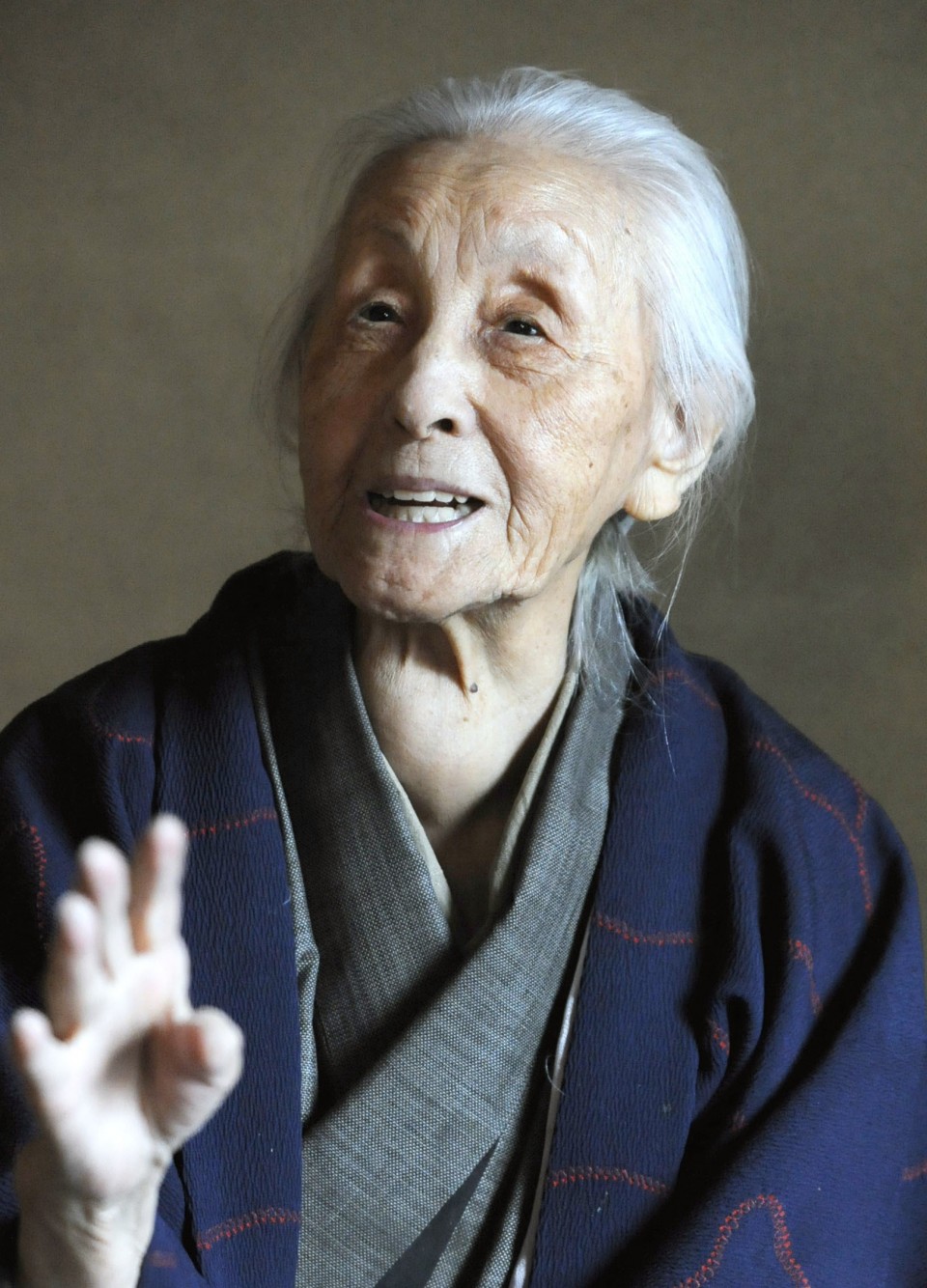 Toko Shinoda speaks in an interview held at her home-cum-atelier in Tokyo's Minato Ward in January 2012. (Kyodo)

In 1956, she traveled to New York, where she was exposed to abstract expressionism and drew attention for her distinctive style that blended the traditional and the modern. After holding solo exhibitions throughout the United States and Europe, she returned to Japan in 1958.

Her paintings are now predominantly found in the public collections, including The British Museum and The Solomon R. Guggenheim Museum in New York.

Shinoda was also passionate about architecture, designing murals for temples and public facilities including Tokyo's Yoyogi National Gymnasium. She continued to work and hold solo exhibitions even after becoming a centenarian.

While Shinoda refused to accept any prizes for her paintings or calligraphy, she was awarded the Japan Essayists' Club Award in 1979 for the first collection of her works "Sumi iro" (The Colors of Sumi). Her 2015 autobiography "103-sai ni natte wakatta koto" (Things I Learnt After Turning 103) also became a best seller.

Shinoda was the cousin of Japanese film director Masahiro Shinoda.