Osaka Gov. Hirofumi Yoshimura asked the central government Wednesday for permission to designate the prefecture's capital as an area that needs stronger anti-virus measures based on a law following a sharp rebound in coronavirus infections.

The governor, who has said the prefecture has already entered a fourth wave of COVID-19 cases, requested measures be implemented for around three weeks from no later than April 5. If granted, Osaka will be the first in the country to enforce binding measures under the law. 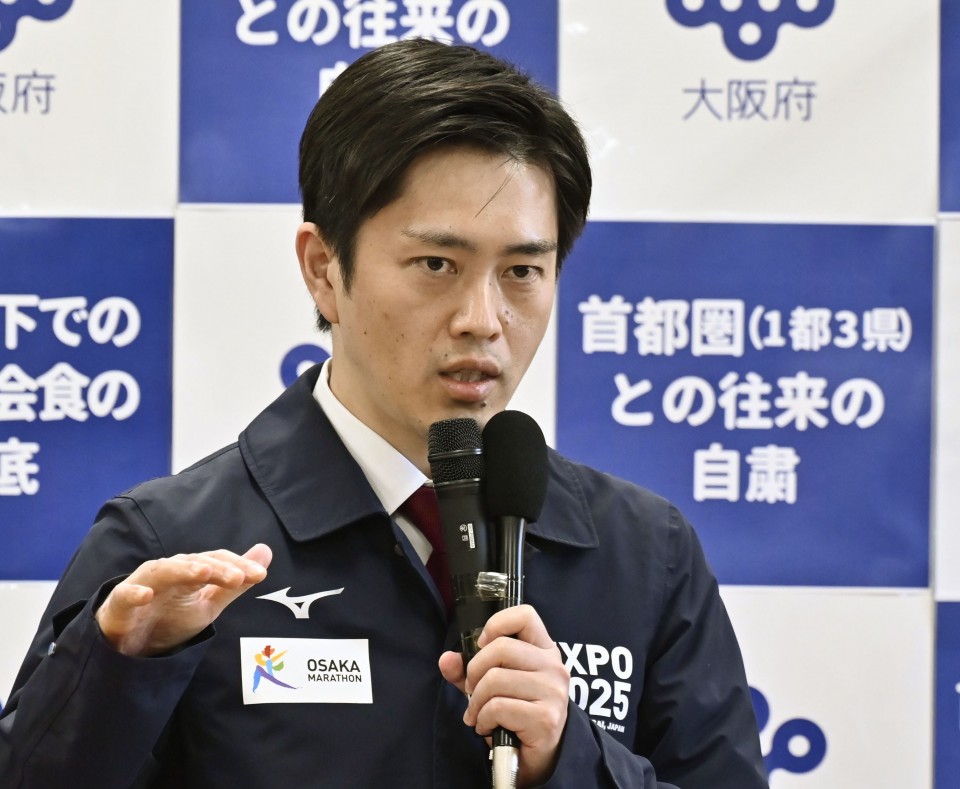 The government will likely allow implementing binding measures in Osaka as requested, according to a senior official in Prime Minister Yoshihide Suga's administration.

Miyagi, Yamagata, Hyogo and Okinawa are among other prefectures the central government is also considering to designate as requiring the measures, with a decision to be made after hearing from the local governments, the official said.

The request for Osaka city followed a task force meeting of the Osaka prefectural government to tackle the coronavirus pandemic earlier in the day.

The move comes as Osaka reported 599 new cases Wednesday, the fifth-highest number of infections for the prefecture, which is battling a post-state of emergency resurgence.

Yoshimura said daily infection numbers are likely to eventually rise "well above" Osaka's previous peak of 654 cases recorded on Jan. 8 during the third wave of the pandemic.

Numbers are "rapidly increasing as we have never experienced before," said Mutsuko Fujii, who heads the prefectural government's health and medical care department.

The occupancy rate of hospital beds for patients with severe symptoms is also on the rise, logging 41.1 percent as of Wednesday.

Potential measures covered by the request include shortening operational hours for restaurants from the current 9 p.m. to 8 p.m., while Yoshimura is also expected to request restaurants set up acrylic boards as a barrier, and ask customers to wear masks when talking.

Suga said a panel will meet Thursday to discuss how wide an area and for how long the tougher measures, which include fines for businesses that do not comply with restrictions on operating hours, should be in place.

"We will continue to work closely with local governments to implement these steps," he told reporters after meeting with members of his Cabinet including health minister Norihisa Tamura and Yasutoshi Nishimura, minister in charge of Japan's coronavirus response.

In a parliament session on Wednesday, Shigeru Omi, head of the government's COVID-19 subcommittee, warned that Osaka is approaching Stage 4, the worst level on the central government's four-point scale where an explosive spread of coronavirus infections has been seen.

"Now is the time to consider intensive measures" for Osaka, said Omi, an infectious disease expert. He also said parties held by young people during the spring holiday season are believed to have triggered the recent resurgence in infections.

Omi also said the ratio of patients infected with more contagious coronavirus variants in Osaka is higher than other areas.

The rebound has been seen after the lifting of the state of emergency over the virus in Osaka on March 1. Tokyo and three neighboring prefectures emerged from the emergency three weeks later.

Under the revised law that took effect in February, the central government can declare a situation that falls short of a state of emergency but still requires strong measures to combat the spread of the virus. 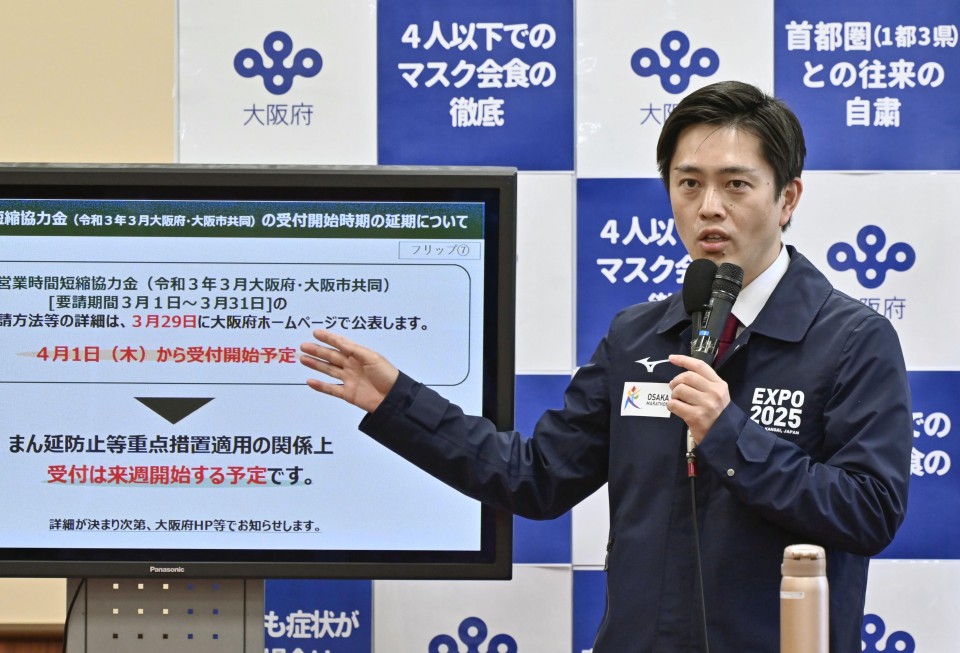 Osaka Gov. Hirofumi Yoshimura speaks at a press conference in Osaka on March 31, 2021, amid a spike in coronavirus infections in the western Japan prefecture. (Kyodo) ==Kyodo 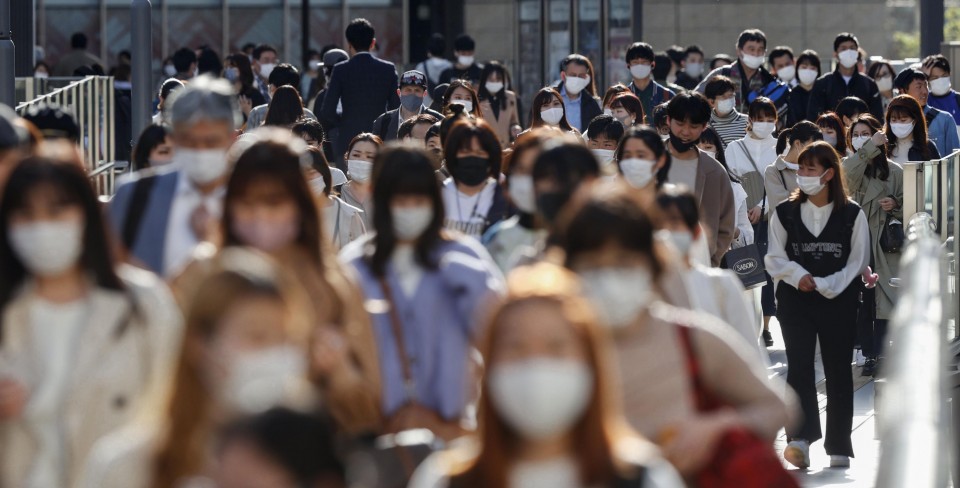