At least 70 people have been killed in the crackdown on anti-coup protesters by Myanmar security forces since the military took control of the country last month, a U.N. expert on human rights in the Southeast Asian country said Thursday.

"Credible reports indicate that, as of today, Myanmar security forces have murdered at least 70 people," Thomas Andrews said at a session of the U.N. Human Rights Council in Geneva. 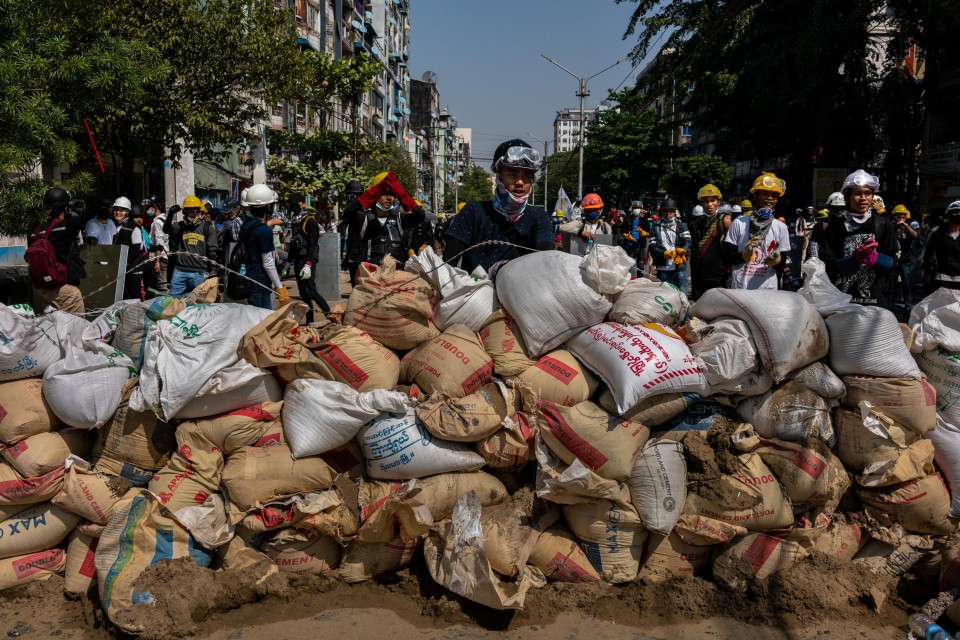 Anti-coup protesters block a street using bags of cement in preparation for clashes with military and police on March 5, 2021 in Yangon, Myanmar. (Getty/Kyodo)

"The junta is detaining dozens, sometimes hundreds, every day," he said. "The total number of arbitrary arrests and detentions since 1 February had risen beyond 2,000, and the violence against protesters, including violence against people sitting peacefully in their homes, is steadily increasing."

The United Nations Special Rapporteur said international coordination will be key in effectively imposing sanctions on Myanmar, and asked other countries not to endorse the military regime as a legitimate government.

While the United States has imposed unilateral sanctions on Myanmar, China and Russia have not followed suit on the grounds that the coup is part of Myanmar's internal affairs.

"The people of Myanmar need not only words of support but supportive action. They need the help of the international community now," said Andrews, a former U.S. Congressman.

The U.N. Security Council on Wednesday adopted a president's statement condemning the military's use of violence in cracking down on people protesting the coup and urged the military to "exercise utmost restraint."

Voicing its "continued support for the democratic transition in Myanmar," the council stressed the need to "fully respect human rights and fundamental freedoms and uphold the rule of law."