Baseball: Yu Darvish speaks out about anti-Asian racism in America

San Diego Padres pitcher Yu Darvish on Saturday spoke out against hate crimes targeting Asians in the United States, saying at the team's spring training site in Arizona that he does not judge anybody based on their skin tone.

"In my opinion, underneath the skin we're all the same. It doesn't sit well with me," said Darvish, the son of an Iranian father and Japanese mother, when asked about the surge in violence against Asian-Americans. 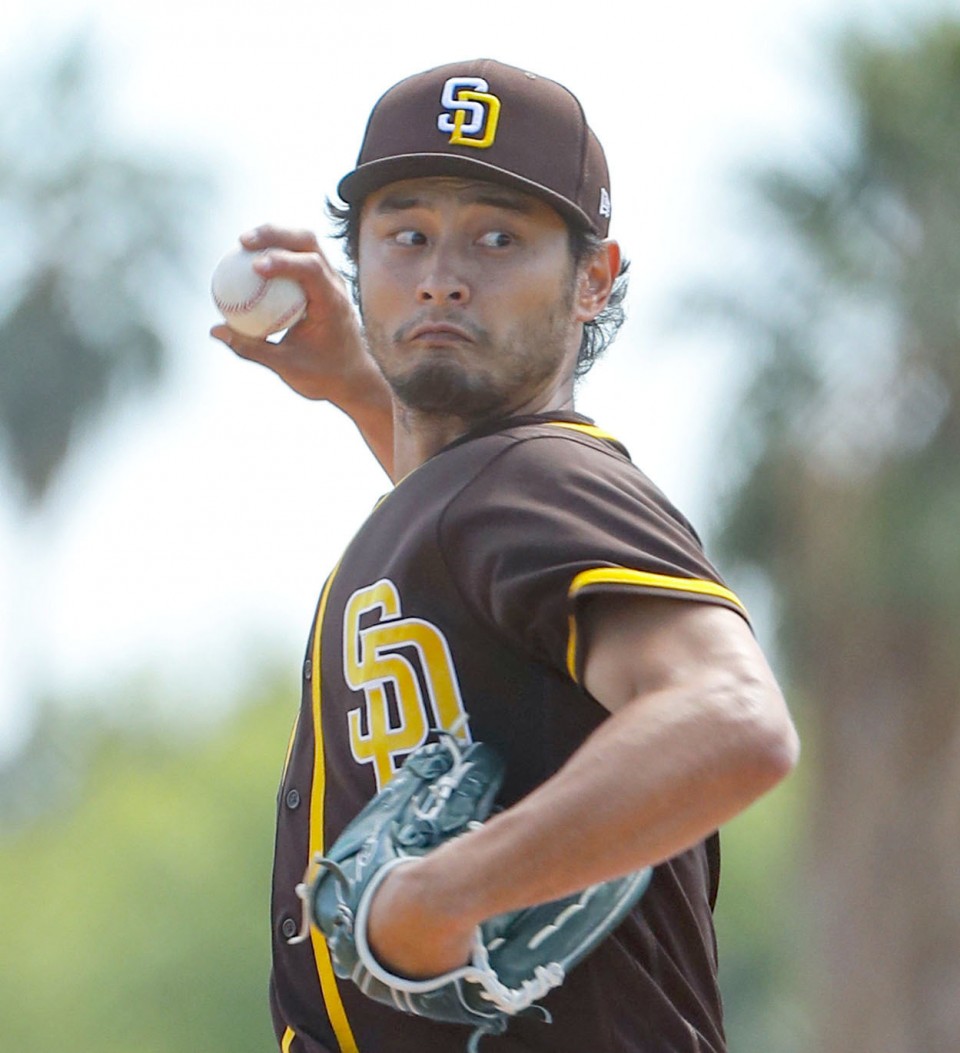 Yu Darvish of the San Diego Padres pitches in a simulated game at the team's spring training camp in Peoria, Arizona, on March 20, 2021. (Kyodo)

"I have not been directly attacked, either verbally or physically, since I came to the United States. But in reality, many people are suffering from (discrimination)," said Darvish, who began pitching in the majors in 2012.

Last April, pitcher Masahiro Tanaka spoke about returning to Japan with his family, saying "There are events other than the virus making people feel in danger."

When people questioned Tanaka's decision, Darvish asserted on his YouTube channel that anti-Asian incidents had increased since the start of the coronavirus pandemic.

"There was a little racial discrimination before this against Asians in America...but I feel it's increased," he said.

In 2017, Darvish dealt with a racist incident in the middle of the World Series and was applauded for using his platform to speak out against racial injustice.

That October, Houston Astros first baseman Yuli Gurriel made a racist gesture mocking Darvish, then playing for the Los Angeles Dodgers, during Game 3 of the World Series.

Gurriel was caught on camera in the dugout appearing to stretch the corners of his eyes out in a mocking mimic of an Asian person's visage. He received a five-game suspension as punishment.

Darvish later issued a statement on Twitter in response, saying "no one is perfect" and that "we should put our effort into learning rather than to accuse him...Let's stay positive and move forward instead of focusing on anger. I'm counting on everyone's big love."

Hate crimes against Asian Americans have spiked since the outbreak of COVID-19 in the United States, with a recent U.S. study finding former President Donald Trump stoked resentment by repeatedly labeling the coronavirus as the "China Virus."