The start of the Tokyo Olympic torch relay on Thursday in the northeastern prefecture of Fukushima drew mixed reactions from its residents, with some saying the games will offer hope at a time when people around the world have been struggling with difficulties posed by the coronavirus pandemic.

But others said they are concerned about Japan hosting the Summer Games amid the global health crisis or feel discomfort that they have been dubbed the "Reconstruction Olympics," when people in the region are still grappling with the aftermath of a catastrophic earthquake, tsunami and nuclear disaster 10 years ago. 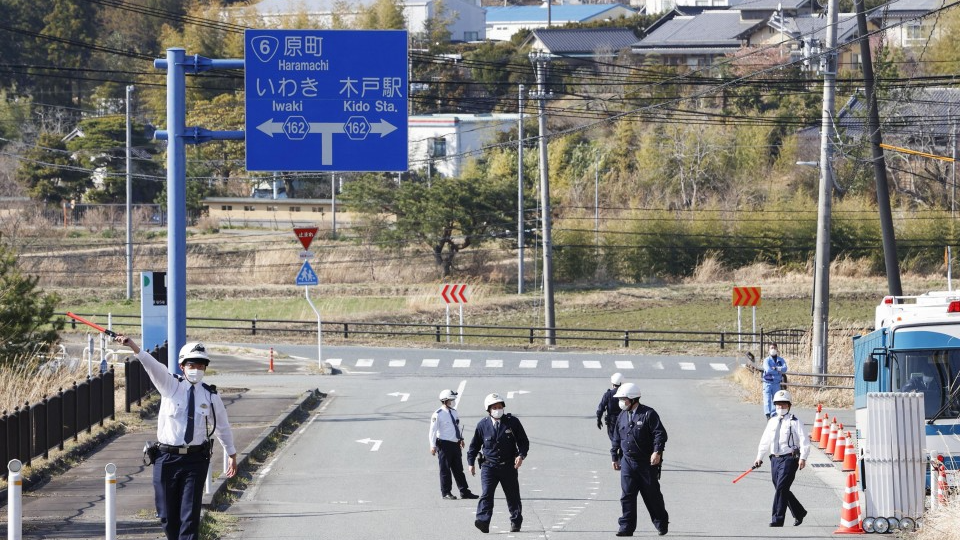 "Being able to see the Summer Olympics staged in Japan is a once in a lifetime opportunity. We have been living with this unknown virus over the past year, so the Olympics have been something we look forward to," said Shoko Watanabe, a torchbearer in the town of Namie.

On March 11, 2011, the coastal area of Namie was swept by tsunami waves. People then had to evacuate the town because of its proximity to the Fukushima Daiichi power plant, which released massive amounts of radioactive material in the world's worst nuclear accident since the 1986 Chernobyl crisis.

Watanabe is among a small number of people who returned to Namie after an evacuation order, which was issued for the entire town, was partially lifted in 2017.

"I became a torch runner because there are many former residents who miss Namie. I wanted to run in the town and show them what it is like now. Of course, many things have changed, but some things have remained the same," the 45-year-old said.

At the Olympics, which open in four months, Watanabe, a town official, said she wants to see athletes, such as Kento Momota, who spent his school years in Fukushima Prefecture, take the spotlight.

The Tokyo Olympics, which because of the pandemic were postponed last year for the first time since the modern games began in 1896, will see about 11,000 athletes compete in 33 sports. Several softball and baseball games will be staged in the city of Fukushima.

Kosei Suzuki said the Olympics will offer inspiration to high school students who play the sports in the prefecture.

"You don't often get to see the world's top athletes playing. I hope the students will become motivated," said Suzuki, an official of Fukushima's high school baseball federation. "It seems the Olympics have not attracted much excitement in Japan so far, but I hope that will change before they begin."

In Iwaki, where the torch went through on the 121-day relay's opening day, Yoshio Satomi, who owns a "ryokan" traditional Japanese inn, said he feels as though the northeastern Japan region devastated by the 2011 triple disaster has been "used to promote the Olympics."

"I have been so busy over the past 10 years and don't have time to think about the Olympics," said Satomi, whose inn had to close for about 16 months after the magnitude-9.0 quake and ensuing tsunami, which left about 18,000 people dead and or officially listed as missing, and still only receives about 40 percent of the customers it used to have. 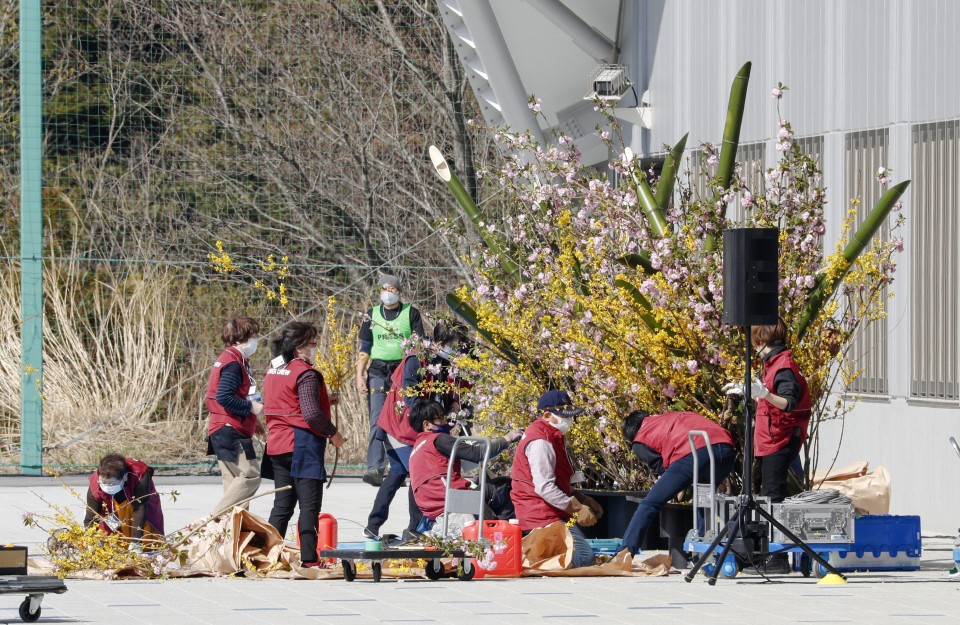 In an effort to pass on the lessons learned from the nuclear accident, the 52-year-old opened an exhibition space at his hotel Furutakiya, where newspaper clips and items related to areas where evacuation orders were issued are on display.

"(Officials in Tokyo) call them the Reconstruction Olympics, but the definition of reconstruction differs from people to people. There are still people who cannot live at home. Do you call that recovery?" he said.

As about 20 torchbearers ran through Iwaki on Thursday afternoon, several hundreds of people came to the roadside where COVID-19 countermeasures were in place.

"I'm looking forward to the Olympics, but I don't want the athletes to become infected. Hosting the Olympics is a huge opportunity, but if anyone contracts the virus, it may dampen the atmosphere," said Chiharu Suzuki, 34, who works at a jewelry store located along the route of the relay.

Ritsuko Maruko, 72, said she was excited when Japan was picked to host the Summer Olympics in 2013 and even thought about volunteering in Tokyo, but now she feels the games should be canceled.

"It will be disappointing to have an Olympics that cannot be held in front of a full crowd cheering for the athletes," she said. "I understand the athletes have been preparing for the Olympics, but Japan should try to host it in the near future instead of going ahead this year."

Haruo Owada, who runs a diner with his wife Michiko in the coastal town of Shinchi, echoed such views that holding the games may not be a good idea.

"People's lives are at stake, so the Olympics need to have very strict anti-virus measures. But I think it is not possible to ensure safety," Owada said.

"It's wrong to insist that the Olympics can be held. There is no point in holding the games if the mood isn't right," he added.