Japanese and U.S. defense chiefs have agreed in their recent meeting in Tokyo to closely cooperate in the event of a military clash between China and Taiwan, Japanese government sources said Saturday.

U.S. Defense Secretary Lloyd Austin brought up the issue when he held talks with Japanese Defense Minister Nobuo Kishi on Tuesday, though there was no discussion on how their countries should coordinate their response to such an emergency, the sources said.

Tokyo's policy on China-Taiwan relations is to encourage dialogue for a peaceful solution to cross-strait tensions. 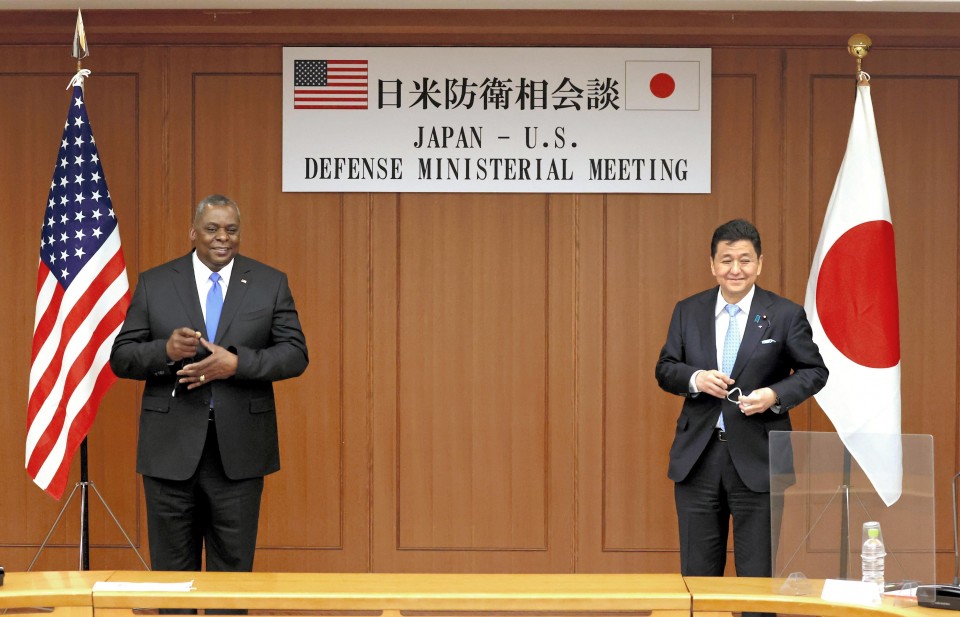 Taiwan and mainland China have been separately governed since they split as a result of a civil war in 1949. China regards Taiwan as a renegade province awaiting reunification.

Regarding Taiwan issues, a statement issued after talks by Kishi and Austin as well as U.S. Secretary of State Antony Blinken and Japanese Foreign Minister Toshimitsu Motegi, also held on Tuesday, only called for peace and stability in the Taiwan Strait.

In the earlier meeting with Austin, Kishi referred to a recent increase in the number of Chinese war planes crossing the median line in the Taiwan Strait and a need to study ways for the Japanese Self-Defense Forces to cooperate with U.S. forces defending Taiwan in the event of China's aggression, they said.

Tokyo has been reviewing the feasibility of issuing an SDF dispatch order to protect U.S. warships and military planes in case of a crisis between China and Taiwan given the strait's geographical proximity and the possibility of an armed conflict there affecting the safety of Japanese citizens.

FOCUS: No breakthrough in U.S.-China talks may hurt Sino-Japan ties