With more people teleworking in Japan amid the novel coronavirus pandemic, some are demanding action to ensure employees can refuse phone calls and emails on their days off to clarify the blurred boundaries between personal and professional life.

The debate about the "right to disconnect," which has caught on as law in some European countries, has arisen with fresh force as more people work from home under Japan's emergency declaration and feel their bosses are not allowing them to "switch off" when out of sight.

While Japan currently has no similar legislation, a report compiled by the Ministry of Health, Labor and Welfare at the end of last year urges labor and management to create rules for each company, and it is likely measures will be taken in the future. 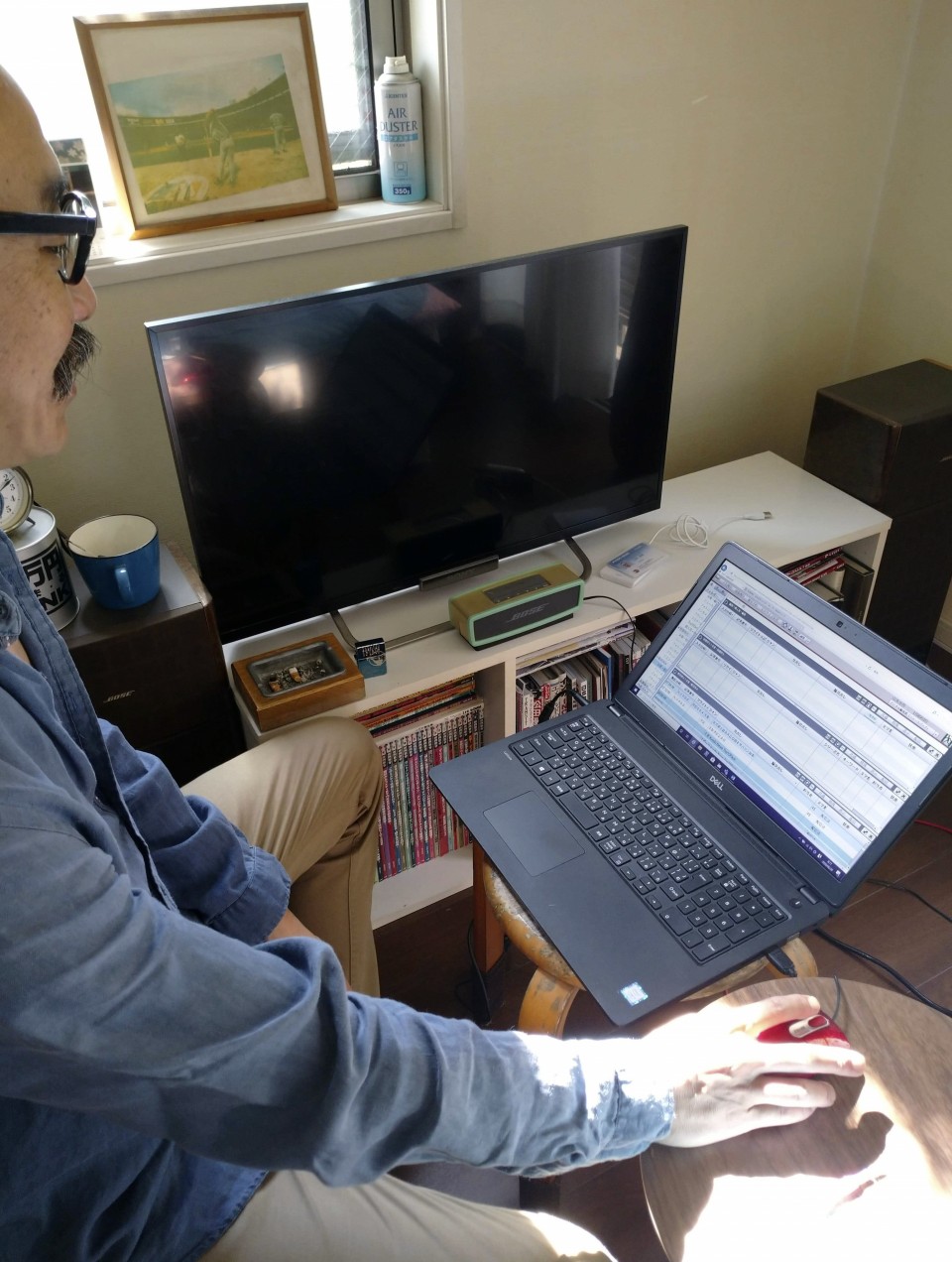 File photo shows a man teleworking from his home in Tokyo in June 2020. (Kyodo)

But even in Japan, some companies already have work regulations prohibiting contact when employees are off-duty, except in emergencies, to curb long working hours and prevent employees from receiving company emails during extended vacations.

For example, as a general rule, staffing firm Pasona Group Inc. has introduced a system to automatically turn off computers at 8:30 p.m., including company computers used by employees working from home.

Since the state of emergency declared by the government in January to fight a surge in COVID-19 infections, a central government worker in his 30s has worked from home half the week.

Although he no longer has to spend the one-hour commute to Kasumigaseki, the location in Tokyo of most of Japan's ministry offices, he says he is frequently bothered by inquiries from his boss and other ministries while at home.

He admits that hours on duty were typically long for bureaucrats but have only gotten longer during the pandemic. "I used to receive almost no phone calls, except in cases of emergency, after returning home. But these days, I can't relax because I receive calls even in the middle of meals."

Workers in the private sector also complain about an increase in calls from their offices. Some say they are instructed to stay connected at home on their company phones or computers -- even after hours.

"Honestly, I'm exhausted from receiving so many calls. There are those in management who don't follow our work regulations," lamented an employee of an auto parts maker in his 20s.

According to a Kobe city office survey that compiled an expert panel report on the right to disconnect last year, 14.9 percent of regular employees were forced to respond to non-urgent calls or emails during off-duty hours at least once per week from their bosses. A slightly lower percentage, 13.5 percent, were contacted by co-workers over similar matters.

In Europe, the need for the right to disconnect has been a discussion point for some time.

Since 2017, employees in France who work in companies with 50 or more staff must be given the right to disconnect from work emails outside of work hours, even though the law includes no penalty for violations. A similar law has been passed in Italy.

However, these laws are still vague and will take time before they are fully implemented as they do not restrict after-hours work communication and merely demand that companies negotiate the terms with prospective employees.

Lawyers in Japan familiar with long working hours have raised questions about the issue under the pandemic.

At an online conference held on Feb. 3 by the Labor Lawyers Association of Japan, Kazuya Takemura, deputy secretary general of the group, said, "There are companies that do not respect the privacy of workers, such as those introducing monitoring software. The government should consider legislation on the right to disconnect."