U.S. to engage with China, Russia toward N. Korea's denuclearization

"We...want to make sure that we are pulling together with our allies, Japan and South Korea, and engaging other regional actors, including China and Russia, in a process that shows that this is ultimately up to North Korea to come forward and act in a constructive manner," Sullivan said in a TV interview. 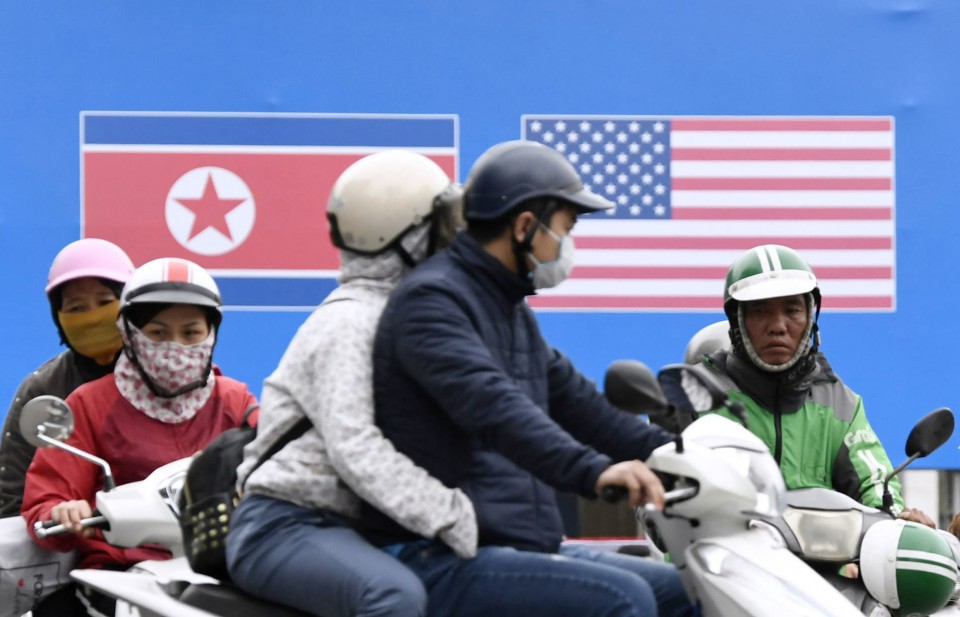 Traffic in Hanoi on Feb. 23, 2019, passes the national flags of North Korea and the United States. (Kyodo)

The administration of U.S. President Joe Biden has reached out to North Korea, but has "not yet heard directly from them through diplomatic channels," he also said.

But it is not clear whether such engagement with Beijing, a diplomatic backer of North Korea, will take place any time soon amid the ongoing rivalry and confrontation between the United States and China over issues including trade, technology and human rights issues.

"In the meantime the United States will continue to stand up firmly on behalf of our own defense and the defense of our allies and partners," Sullivan said.

Biden's predecessor Donald Trump engaged in unprecedented summit diplomacy with North Korean leader Kim Jong Un, holding meetings three times in 2018 and 2019 in the hope of convincing Pyongyang to give up its pursuit of nuclear weapons.

Negotiations, however, made little progress during Trump's four years in the White House that ended on Jan. 20 this year, with the two nations at odds over issues such as the degree of sanctions relief Pyongyang should receive for taking denuclearization steps.

North Korea has not tested intercontinental ballistic missiles or nuclear devices since 2017, but it is believed to have continued honing its military capabilities while nuclear negotiations were in a stalemate.

A multilateral approach taken in the past has also not been successful.

Six-party talks, involving the two Koreas, China, Japan, Russia and the United States were held intermittently from 2003 to 2008, but a landmark 2005 agreement to denuclearize the Korean Peninsula was never implemented amid disagreement on how to verify North Korea was honoring its commitments.

The Biden administration has been conducting what it has called a "thorough" review of U.S. policy toward North Korea, in consultation with Japan and South Korea.