A helicopter lifted the male and female "Shachihoko" from the spine of the castle tower's highest roof and deposited them on open ground in front of a prefectural gymnasium about 400 meters away. 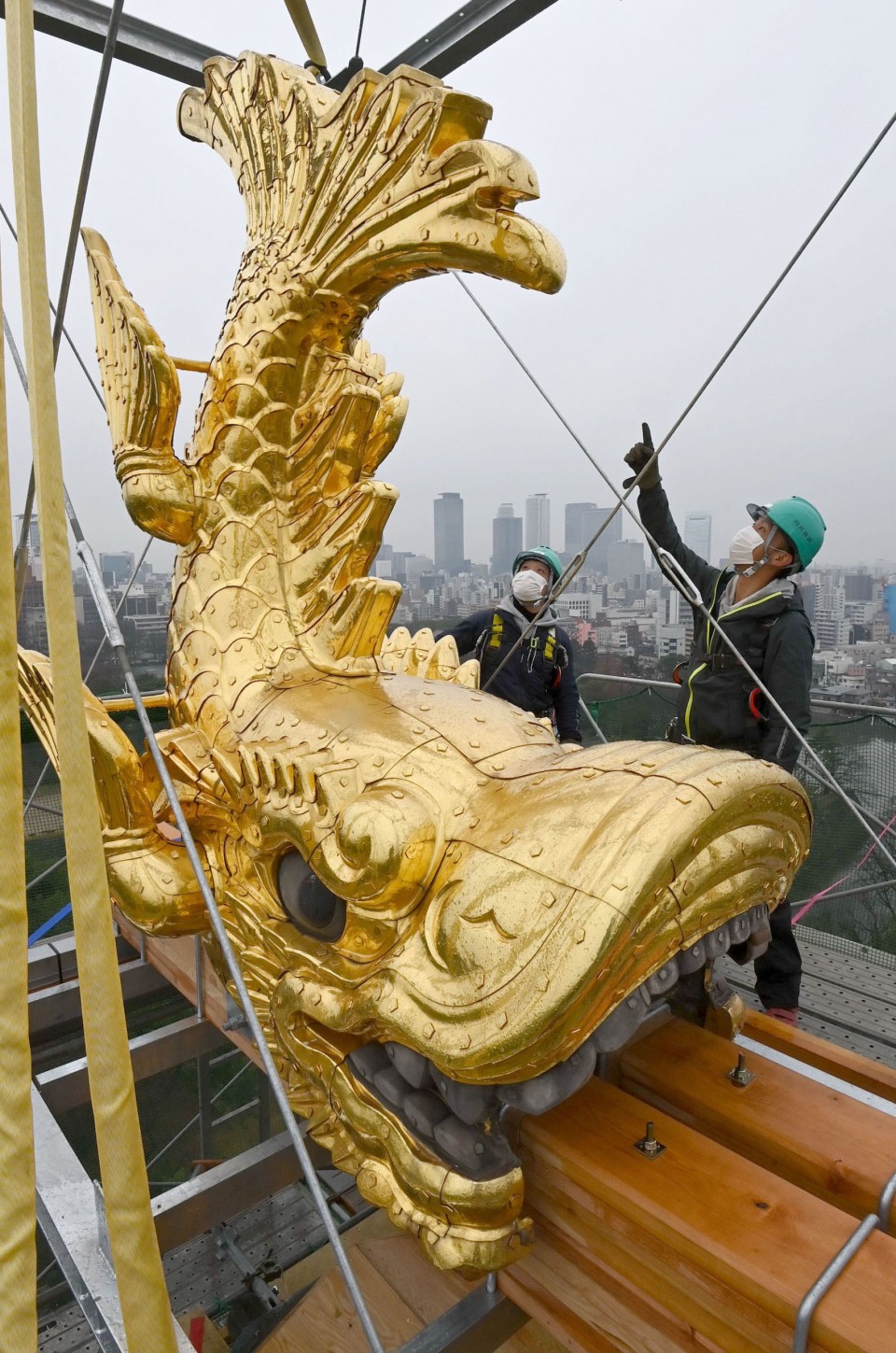 "Shachihoko" statue pictured at the rooftop of Nagoya Castle on March 8, 2021. (Pool photo)(Kyodo)

Each statue measures about 2.6 meters in height and weighs around 1.2 tons. They will be stored in a local warehouse until the exhibition, being held in hopes of boosting the local tourism industry which has been badly dented by the novel coronavirus pandemic.

Onlookers snapped pictures from a park adjacent to Nagoya Castle as the delicate operation was undertaken.

"I was impressed to see such heavy statues being lifted so easily," a 55-year-old local man said.

The statues are slated to be displayed in local venues from next Saturday until July 11, as well as in Gifu and Nagano prefectures in central Japan. Tickets will be sold at the venues.

The statues are scheduled to be returned to the rooftop in mid-July. They were last removed 16 years ago when they were displayed at the Aichi expo in 2005.

The original golden statues were first erected in 1612 when the construction of the castle tower was completed, but the structure was burnt down during U.S. air raids in May 1945 during World War II. The tower and the statues were rebuilt in 1959, with the tower constructed from reinforced concrete.

Considered a symbol of the city of Nagoya, the restoration of the statues to their place atop the tower was much-desired by local residents after the fire. 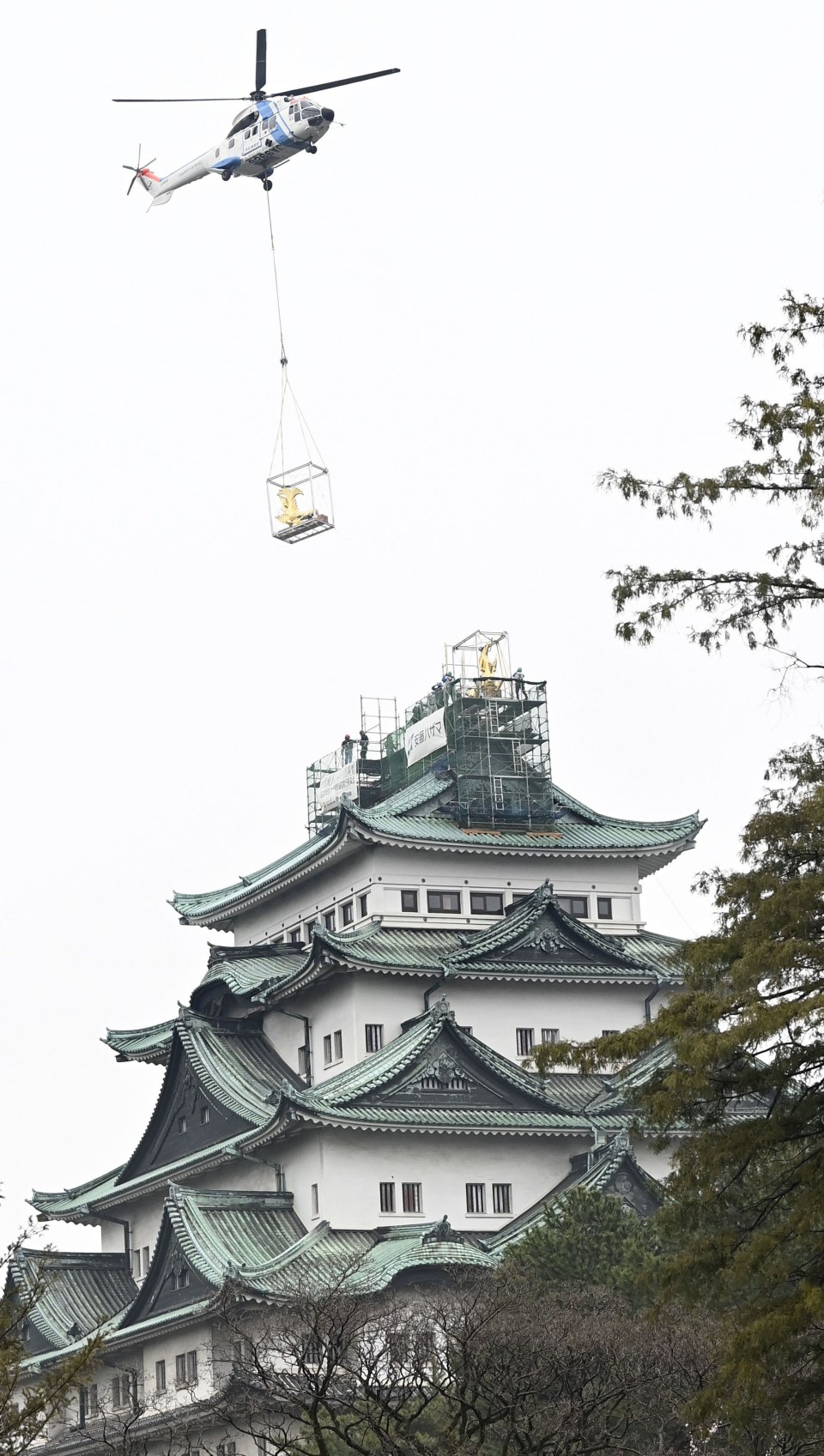 A helicopter lifts a golden "Shachihoko" statue from the rooftop of the tower of Nagoya Castle in the central Japan city on March 8, 2021. (Kyodo) 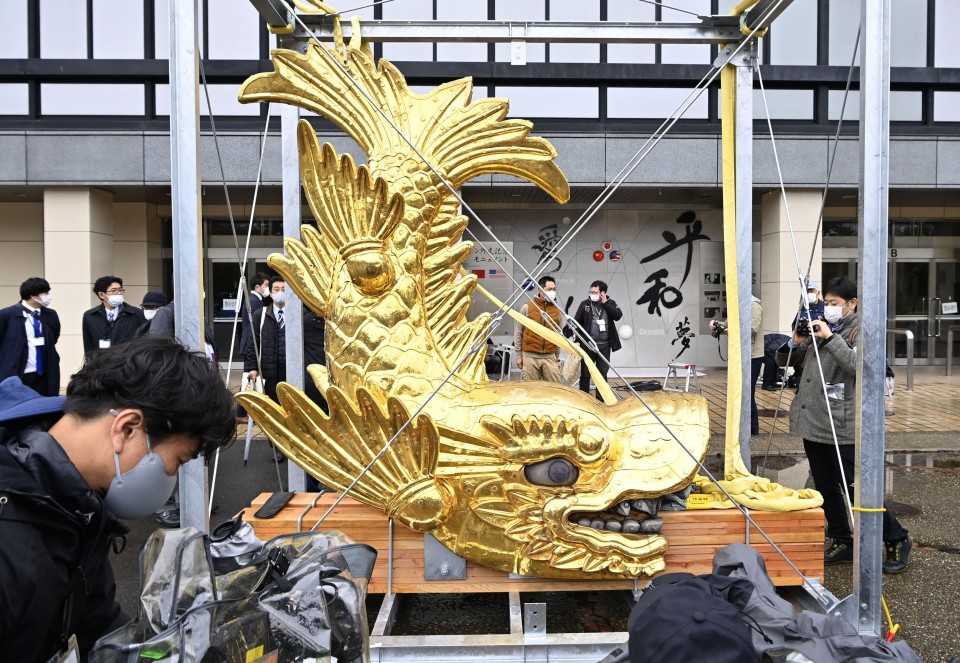 Photo taken on March 8, 2021, shows one of two iconic golden "Shachihoko" -- a mythical half-fish creature -- statues taken down from the roof of Nagoya Castle in Aichi Prefecture earlier in the day. The statues will go on public display in the central Japan city for nearly four months from March 20. (Kyodo) ==Kyodo