The 143-meter blast, which cleared the batter's eye screen behind center field, continues an impressive spring training for the two-way star from Japan, who is scheduled for his first Cactus League start of the year Friday against the Oakland Athletics.

Ohtani finished the six-inning game 1-for-2 with a walk, after going 2-for-3 with two runs scored in his spring debut on Monday. 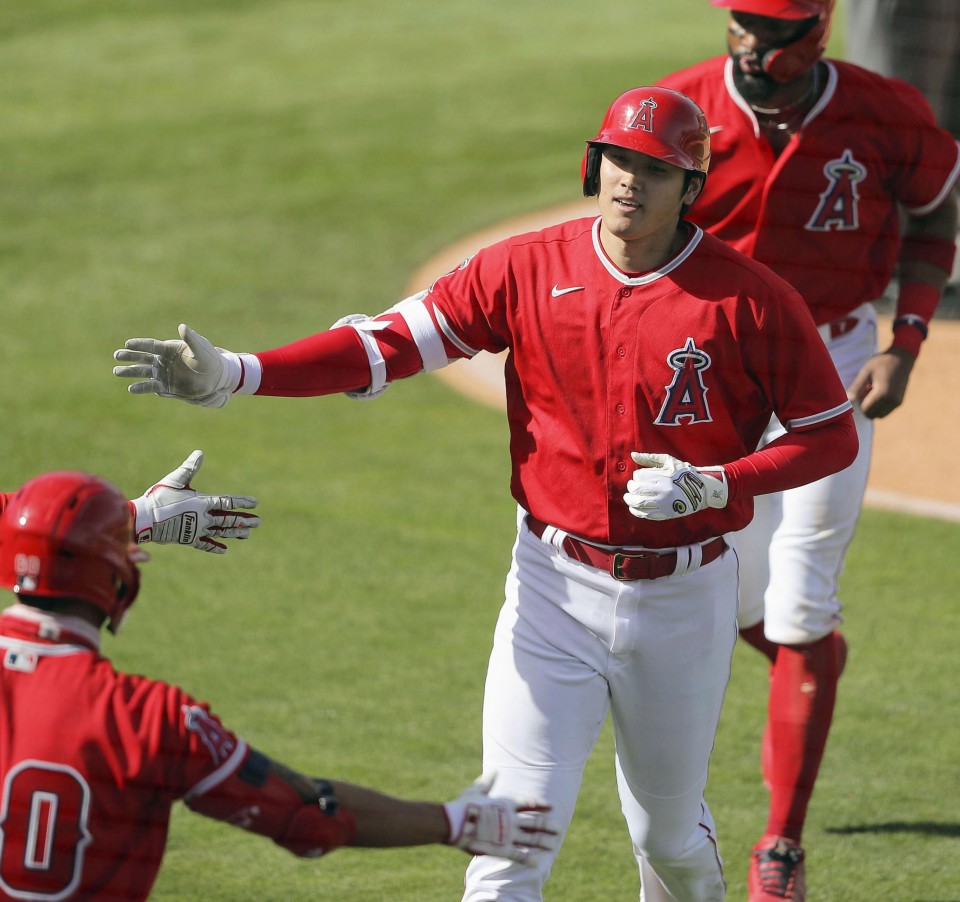 Shohei Ohtani (C) is congratulated by his Los Angeles Angels teammates after hitting a home run in the fifth inning of a 6-2 win over the Texas Rangers in a spring training exhibition at Tempe Diablo Stadium in Tempe, Arizona, on March 3, 2021. (Kyodo)

The home run, Ohtani's first in a spring training game, came on a full count in the fifth inning and drew a big reaction from his teammates at Tempe Diablo Stadium.

"The swing felt good. It feels like I'm seeing the ball well and identifying balls from strikes, and I can get much better," said Ohtani, who batted second in the lineup as designated hitter.

The 26-year-old's apparently strong physical condition is a positive sign as he prepares to resume two-way duties in his fourth major league season.

Ohtani, the 2018 American League Rookie of the Year, did not pitch in 2019 after undergoing Tommy John surgery and made only two starts in 2020 before going down with a flexor strain.

While he has achieved good velocity throwing in a live bullpen session and at batting practice, Friday's start against the Athletics will provide a bigger test.