Sekiwake Terunofuji was officially promoted back to sumo's second-highest rank of ozeki by the Japan Sumo Association board of directors on Wednesday.

The re-promotion is a significant moment in the 29-year-old Mongolian's comeback from injury, coming 10 years after his tournament debut in May 2011 and almost four years since he lost the ozeki status he secured after winning the May 2015 tournament. 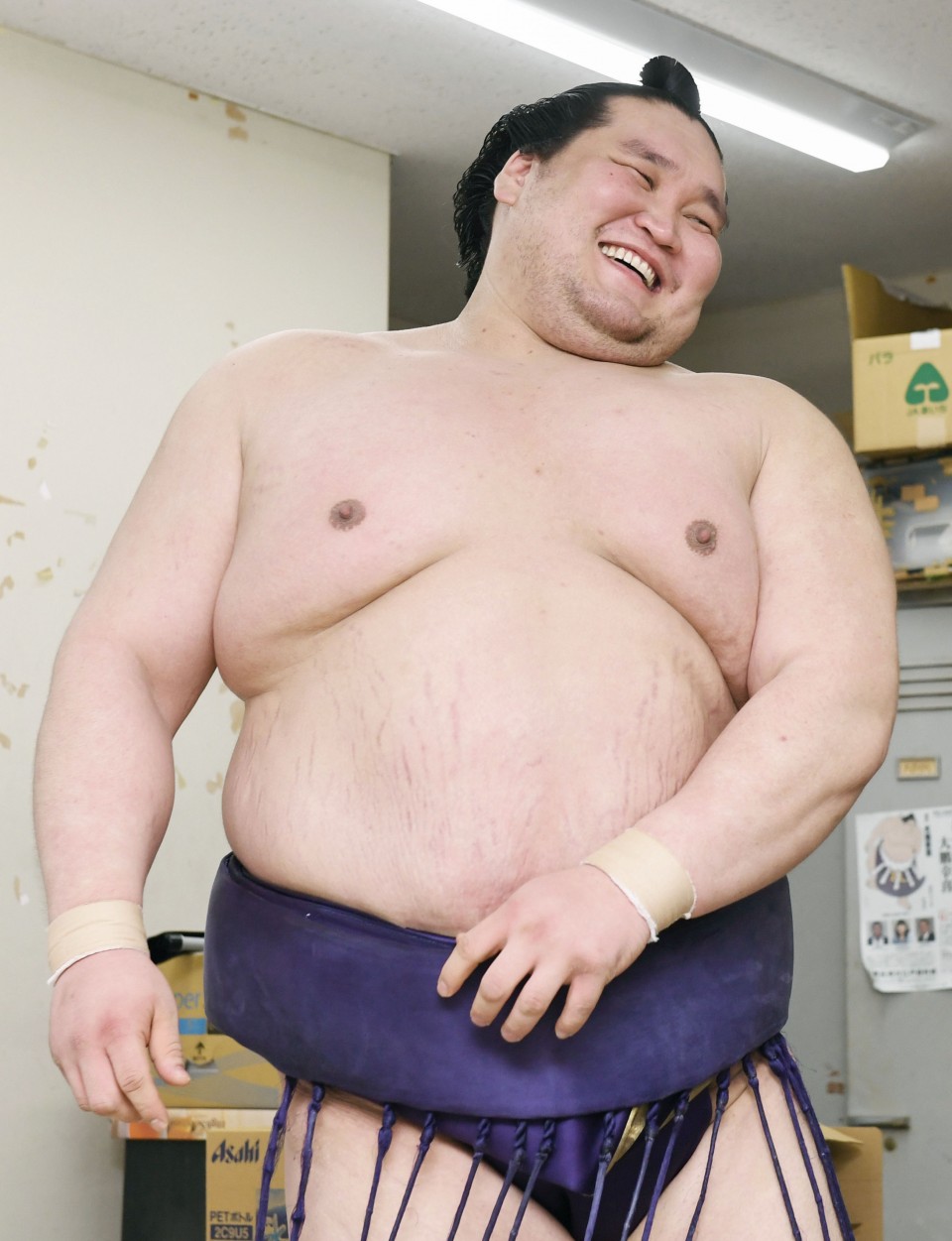 "I accept with humility. Thank you very much," Terunofuji said in his kojo stage speech, a custom for wrestlers newly promoted to the rank, upon meeting the messengers who delivered the news.

On Sunday, Terunofuji, whose real name is Gantulga Ganerdene, won the Spring Grand Sumo Tournament with a 13-2 record for his third-career title, virtually guaranteeing promotion to ozeki.

The generally accepted standard for ozeki promotion is a total of 33 wins over three consecutive tournaments, and Terunofuji piled up 36 wins in the three most recent tourneys.

The last time Terunofuji held the ozeki rank, he did so for 14 tournaments, but he was demoted to sekiwake for the November 2017 meet after posting a losing record in two straight basho.

"I realize I'm back in the position I was before. (The first time I became ozeki) I was purely happy, but this time I feel relieved that I finally got here," Terunofuji said.

"When I was in (sumo's second-lowest division of) jonidan I didn't imagine any of this. I had aimed (for re-promotion) but I never expected to see results this way. I'm going to devote myself to training and aim higher."

In the press conference following his kojo speech, Terunofuji, who has suffered health issues in addition to injuries, credited his stablemaster Isegahama for helping him deal with setbacks, both physical and mental.

"I owe my oyakata (stablemaster) everything," he said.

Terunofuji's last title came in July 2020, when he competed at the elite makuuchi division's lowest rank in his return from multiple knee surgeries that had dropped him into the fifth-tier jonidan division.

He spent 21 grand tournaments in lower ranks before regaining ozeki status -- the longest it has taken a wrestler to be re-promoted to sumo's second-highest rank since the current "kadoban" system for ozeki promotion and demotion was introduced in 1969.

Terunofuji is the first wrestler to be promoted to ozeki since Shodai last fall. Terunofuji joins Takakeisho, whom he beat in Sunday's final-day showdown at Tokyo's Ryogoku Kokugikan, Shodai and Asanoyama at the ozeki rank for the next grand tournament which opens on May 9.