The Los Angeles Angels' Shohei Ohtani, who is expected to return to his two-way role in 2021, singled twice against the Chicago White Sox on Monday during a spring training exhibition game in Tempe, Arizona.

The teams finished tied at 4-4 in the five-inning game at Tempe Diablo Stadium that was the Angels' spring training home opener. The 26-year-old Japanese was placed in the lineup as a designated hitter, batting second. 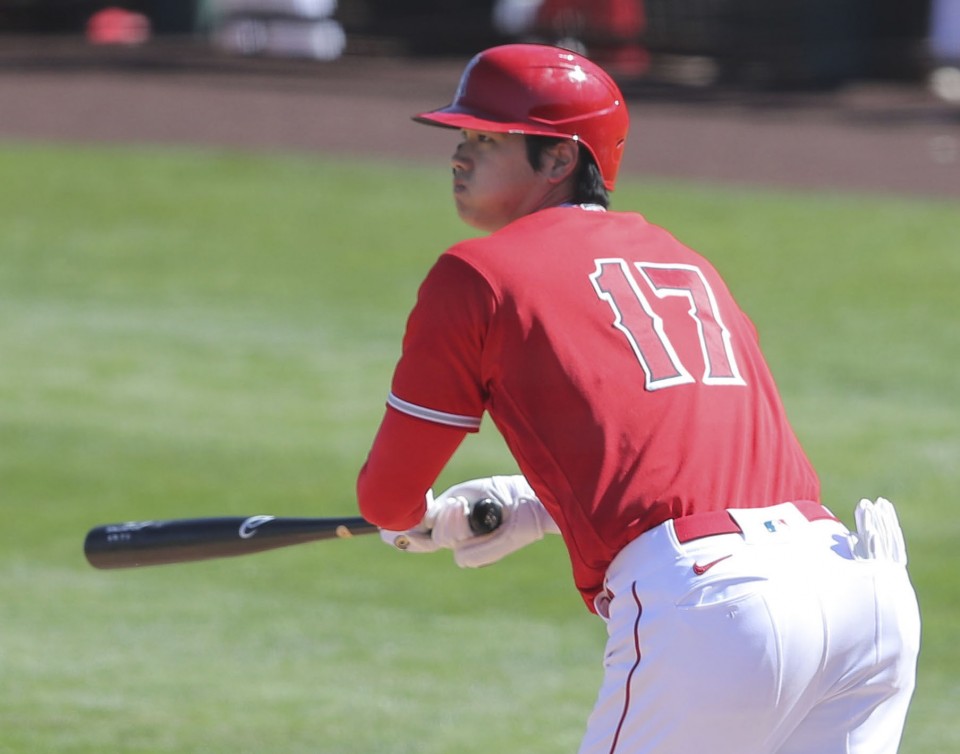 Shohei Ohtani of the Los Angeles Angels singles to left in the third inning of a game against the Chicago White Sox on March 1, 2021, in Tempe, Arizona. (Kyodo)

Ohtani singled to right in his first at-bat and singled to left in his second at-bat. He stepped to the plate in a no-out, bases-loaded situation in the fourth with the game tied at 4 runs each, but popped out to third.

"It feels more like baseball when there are fans in the stands. It's more fun," Ohtani said after playing the game in front of a small crowd.

The Angels said last month they will allow between 1,800 and 2,000 fans per game at Tempe Diablo Stadium, following local and state guidelines plus MLB health and safety protocols. The stadium has a capacity of 9,600.

Angels manager Joe Maddon said Ohtani, who is entering his fourth season with the Angels, is on track to pitch on Thursday or Friday.

Ohtani did not pitch in 2019 after undergoing Tommy John surgery and made only two starts in 2020 before going down with a flexor strain.