Japan on Thursday urged Myanmar's security forces to stop a violent crackdown on protests against last month's military coup, a day after 38 people were killed in the deadliest day of demonstrations yet.

"We strongly condemn the continued use of violence against civilians despite repeated calls from the international community," Japan's top government spokesman, Chief Cabinet Secretary Katsunobu Kato, said in a press conference. 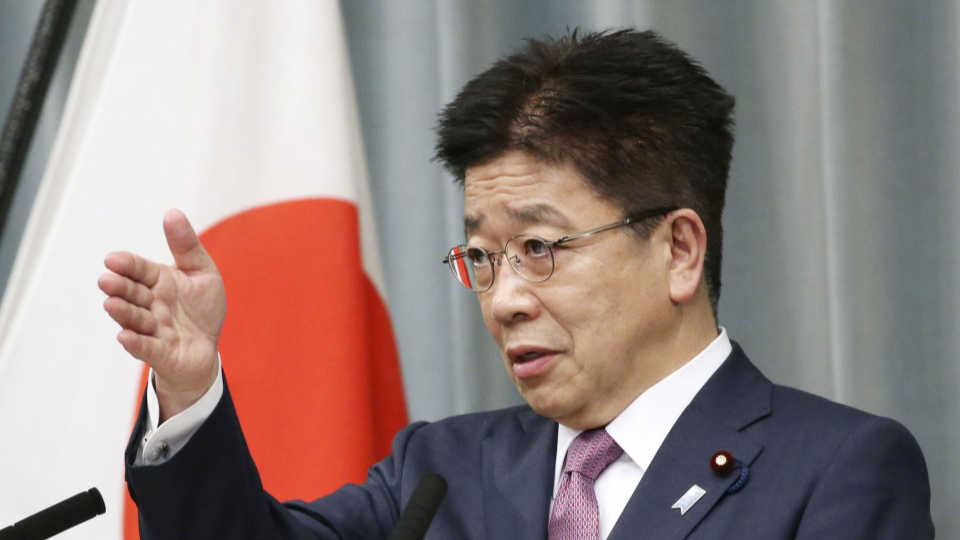 Japanese Foreign Minister Toshimitsu Motegi shared concerns about the latest use of force by the Myanmar security forces in telephone talks with his Indonesian counterpart Retno Marsudi on Thursday, their second call since the Feb. 1 coup.

In the talks, Motegi said Japan appreciates and welcomes the efforts of the Association of Southeast Asian Nations to communicate with Myanmar, according to the Japanese Foreign Ministry.

The 10-member bloc held a foreign ministerial videoconference Tuesday at the behest of Indonesia and called for the de-escalation of the situation in Myanmar and dialogue to peacefully resolve the post-coup political crisis.

Japan will continue to strongly urge the military to reinstate the democratically elected government and to release State Councillor Aung San Suu Kyi and others detained in the coup, the ministry quoted Motegi as telling the Indonesian foreign minister.

Myanmar security forces on Wednesday opened fire on protesters who had taken to the streets to denounce the Feb. 1 coup that ousted de facto leader Suu Kyi.

The death toll has now topped 50 and more than 1,200 remain in detention, according to Christine Schraner Burgener, the U.N. special envoy on the Southeast Asian country.

The coup and crackdown on protesters has also been widely decried by those with ties to Myanmar residing in Japan.

On Thursday, Burmese majors at the Tokyo University of Foreign Studies, who have collected more than 38,000 signatures condemning the coup, met separately with officials at the Japanese Foreign Ministry and lawmakers to call for more pressure on the Myanmar military, including through sanctions on its commander-in-chief, Senior Gen. Min Aung Hlaing.

38 protesters shot dead by Myanmar forces, most since Feb. coup