The win at the hard court tournament in Rotterdam, Netherlands, was Nishikori's first since the French Open in late September, when he defeated Britain's Dan Evans in a five-set first-round encounter before exiting in the second round. 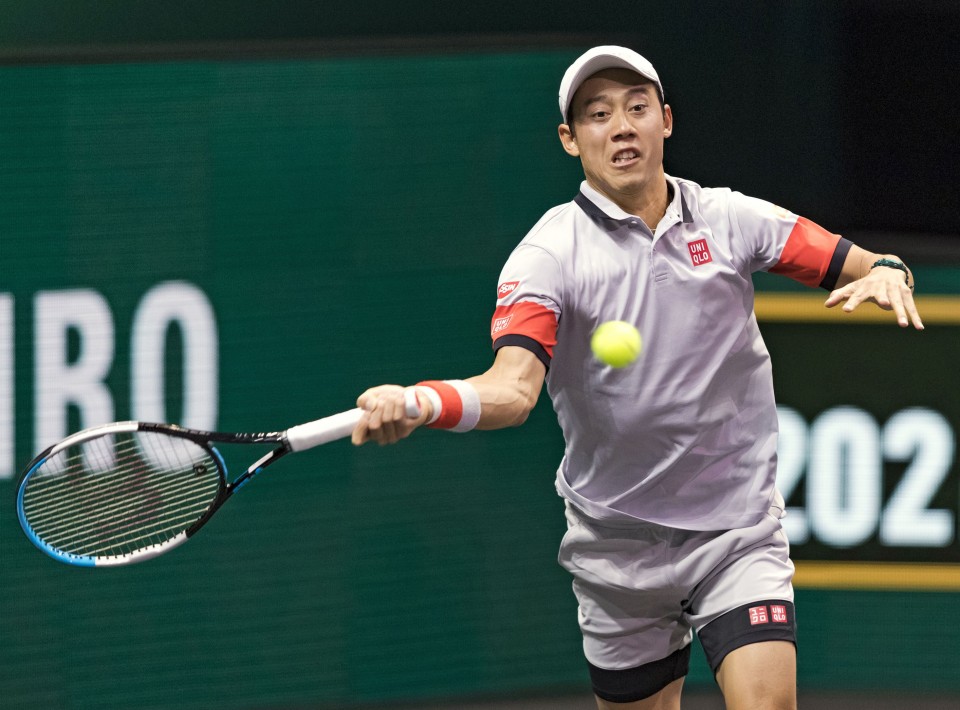 Kei Nishikori plays on his way to a 7-6(4), 6-1 victory over Felix Auger-Aliassime in the first round of the ABN AMRO World Tennis Tournament in Rotterdam on March 1, 2021. (Kyodo)

"My tennis is coming back," Nishikori said.

"I'm really happy, not only with the win but with how I'm getting back my old form. I can say this is the best game I've played (since my comeback from right elbow surgery last year)," he said.

After Nishikori won the final three points of the tiebreaker in the more than hour-long opening set, the 20-year-old world No. 19 Auger-Aliassime received medical treatment courtside and seemed to be hampered for much of the rest of the encounter.

Nishikori will play the winner of a match between Australians John Millman and Alex de Minaur in the second round of the ATP Tour 500 event.

The 31-year-old Nishikori, who is currently ranked 45th in the world, had season-ending elbow surgery in October 2019. In his comeback from surgery and COVID-19, the former world No. 4 scored his first win in a year at a French Open tune-up event in Rome.

Nishikori said in Rotterdam he feels he is yet to reach his peak as a player and that he is not contemplating retirement.

"I'm not there yet. I'm 31 but I don't consider myself old. I don't feel greater fatigue compared to my 20s. I want to play for a couple more years."