China has told Japan that Beijing is "exercising self-restraint" in operating its coast guard ships near the Senkaku Islands amid rising security concerns over its new law which allows such ships to use weapons against foreign vessels, Japanese government sources said Saturday.

Japan in response criticized Chinese coast guard vessels spotted around the Japanese-controlled, Chinese-claimed islands in the East China Sea before and after the new law took effect on Feb. 1, saying that the islands are Japan's inherent territory, the sources said. 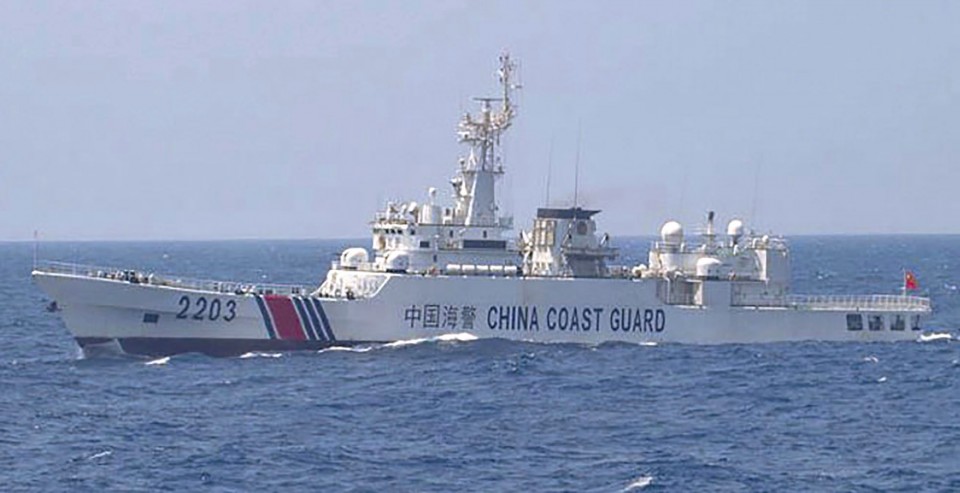 China said it is "exercising self-restraint" in using weapons and chasing away Japanese vessels entering the waters around the islets. But the county also said it will not stop actions to prevent Japanese vessels from entering the waters around the islets, including the so-called contiguous zone outside Japanese waters, as it conveyed its policy under the new law for the first time.

Japan responded that China's claim is unacceptable and maintained there exists no issue of territorial sovereignty to be resolved over the islands.

The law explicitly allows the Chinese coast guard to use weapons against foreign ships it sees as illegally entering China's waters and raised concerns that the legislation would target Japanese vessels navigating around the uninhabited islets called Diaoyu in China.

As the law was implemented and Beijing has argued the islets are "China's inherent territory," tensions have risen between China, Japan and the United States.

Japanese Chief Cabinet Secretary Katsunobu Kato said on the day of the law's implementation that China must not manage the legislation "in a way that is against international law." But Chinese Foreign Minister Wang Yi said earlier in the month that the law does "not target any specific country" and is "in accordance with international law and practice."

The U.S. Defense Department last month criticized Beijing's activities in waters near the Senkaku Islands, while expressing "support" for Japan on the issue.

Japanese government officials in late February confirmed their interpretation of existing laws under which Japanese coast guard vessels could fire a weapon against foreign official ships aiming to land on the Senkaku Islands.

China also has conflicting territorial claims with four of the 10 members of the Association of Southeast Asian Nations -- Brunei, Malaysia, the Philippines and Vietnam -- as well as Taiwan in the South China Sea.