South Korea said Wednesday it has agreed with the United States to increase the costs of hosting U.S. troops by 13.9 percent this year from 2019 to a total of 1.18 trillion won ($1.03 billion).

Negotiations on the cost-sharing deal had dragged on as the administration of former U.S. President Donald Trump is said to have demanded a sharp increase in Seoul's contribution. 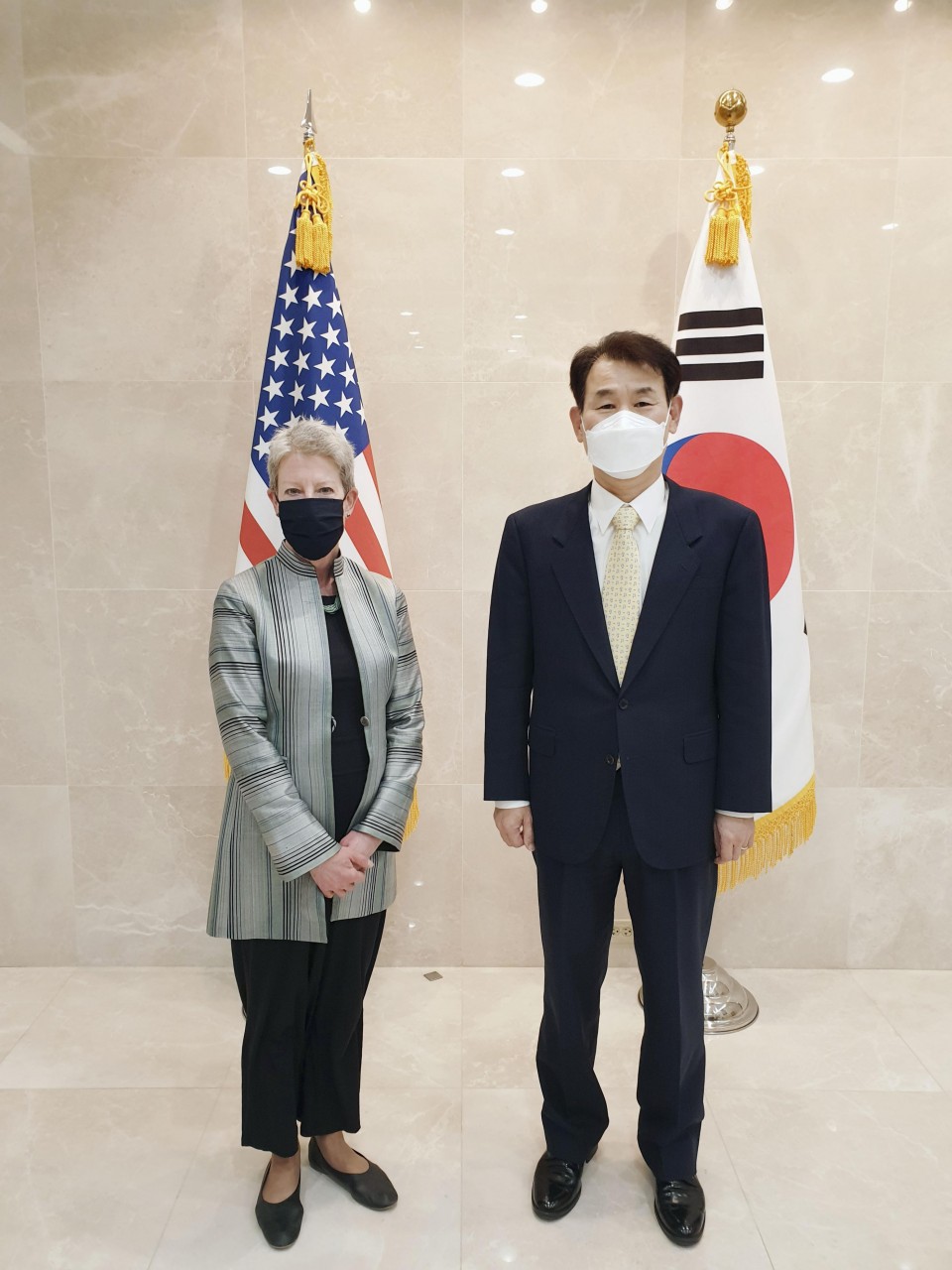 Supplied photo taken in Washington on March 7, 2021 shows the people in charge of negotiations on the cost-sharing deal between South Korea and the United States of South Korea hosting U.S. troops. (Photo courtesy of South Korea's Ministry of Foreign Affairs)(Kyodo)

South Korea's annual contribution from 2022 to 2025 will be linked to the rate of increase in the country's defense budget, and it will see a 5.4 percent increase in 2022 from this year, according to the South Korean Foreign Ministry.

The new deal reached under his successor President Joe Biden signals the new administration's emphasis on maintaining relations with its allies.

"This agreement has become an opportunity to reaffirm the importance of a strong South Korea-U.S. alliance and necessity of U.S. troops' stable stationing in South Korea," the Foreign Ministry said in a statement.

The ministry said Monday it had reached a cost-sharing agreement with the United States in principle, with details of the deal to be announced after taking procedural steps internally.

The United States and Japan, Washington's other key ally in the region, have already agreed to a provisional one-year extension of an existing agreement on Tokyo's host-nation support.

Under the current deal, Japan is supposed to shoulder 201.7 billion yen ($1.86 billion) in fiscal 2021. When the two countries discuss the amount of the Japanese share for fiscal 2022 and later, Japan is likely to face a similar increase.

South Korea has shared base stationing costs with the United States under special agreements since 1991. South Korea has paid for construction of U.S. military facilities and salaries of South Koreans working on U.S. bases, as well as spending related to transportation and the restocking of munitions.