A former Self-Defense Forces member was sentenced Friday to life in prison for killing a police officer in a police box in Toyama city, central Japan, in 2018 and then shooting dead a security guard with the officer's gun at a nearby school.

Keita Shimazu, 24, who was a part-time restaurant worker at the time of the attack, was found guilty in the high-profile murder-robbery case tried at the Toyama District Court. 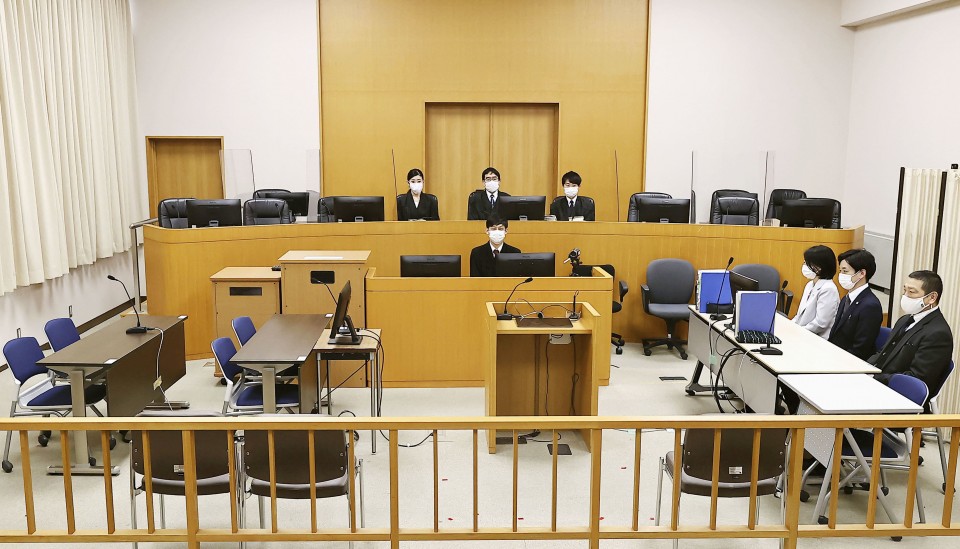 A court room in the Toyama District Court, where Keita Shimazu was sentenced to life in prison for killing two people, including a police officer, in 2018 is pictured on March 5, 2021. (Pool photo)(Kyodo)

Prosecutors had sought the death sentence for Shimazu, arguing the impact of his mental disorder, which was a major focus, was limited.

But his defense team asked for life imprisonment, claiming that he should face separate murder and theft charges, instead of murder-robbery, over the assault on the police officer.

The team also called for the court to take into account that his mental illness, called autism spectrum disorder, has not been properly treated. 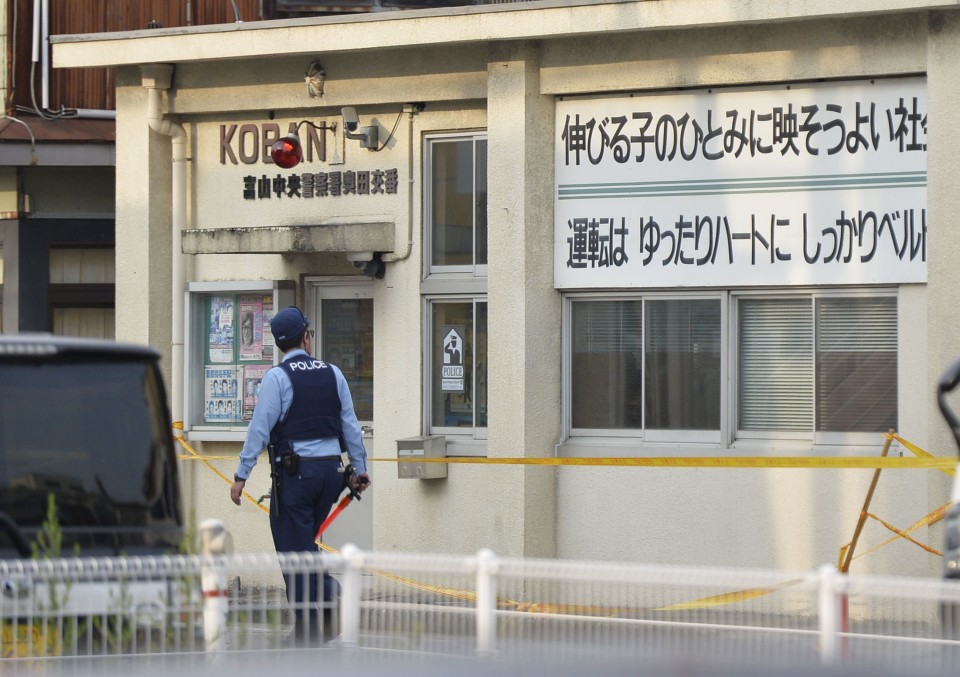 Photo shows a police box in Toyama in central Japan on June 26, 2018, where a "koban" police officer was stabbed to death and robbed of his gun. (Kyodo) ==Kyodo

Throughout his trial, Shimazu remained completely mum, refusing to identify himself or submit a plea to his charges.

Shimazu was charged with stabbing Kenichi Inaizumi, 46, theft of his handgun on June 26, 2018, and then fatally shooting Shinichi Nakamura, a 68-year-old security guard, and shooting at another security guard.

Shimazu served as a member of the Ground Self-Defense Force for two years through March 2017.