A project to create liquefied hydrogen from Australian brown coal and ship it to Japan has marked the start of the process at two facilities in the southeastern state of Victoria.

The Hydrogen Energy Supply Chain, a partnership between the two countries and undertaken by a consortium of Australian and Japanese companies, is a AU$500 million ($387 million) pilot project working to develop a complete hydrogen supply chain.

Representatives of the governments and companies involved attended a ribbon-cutting ceremony in the Latrobe Valley in Victoria on Friday.

The project involves brown coal from the Latrobe Valley being steamed under high heat to create hydrogen. 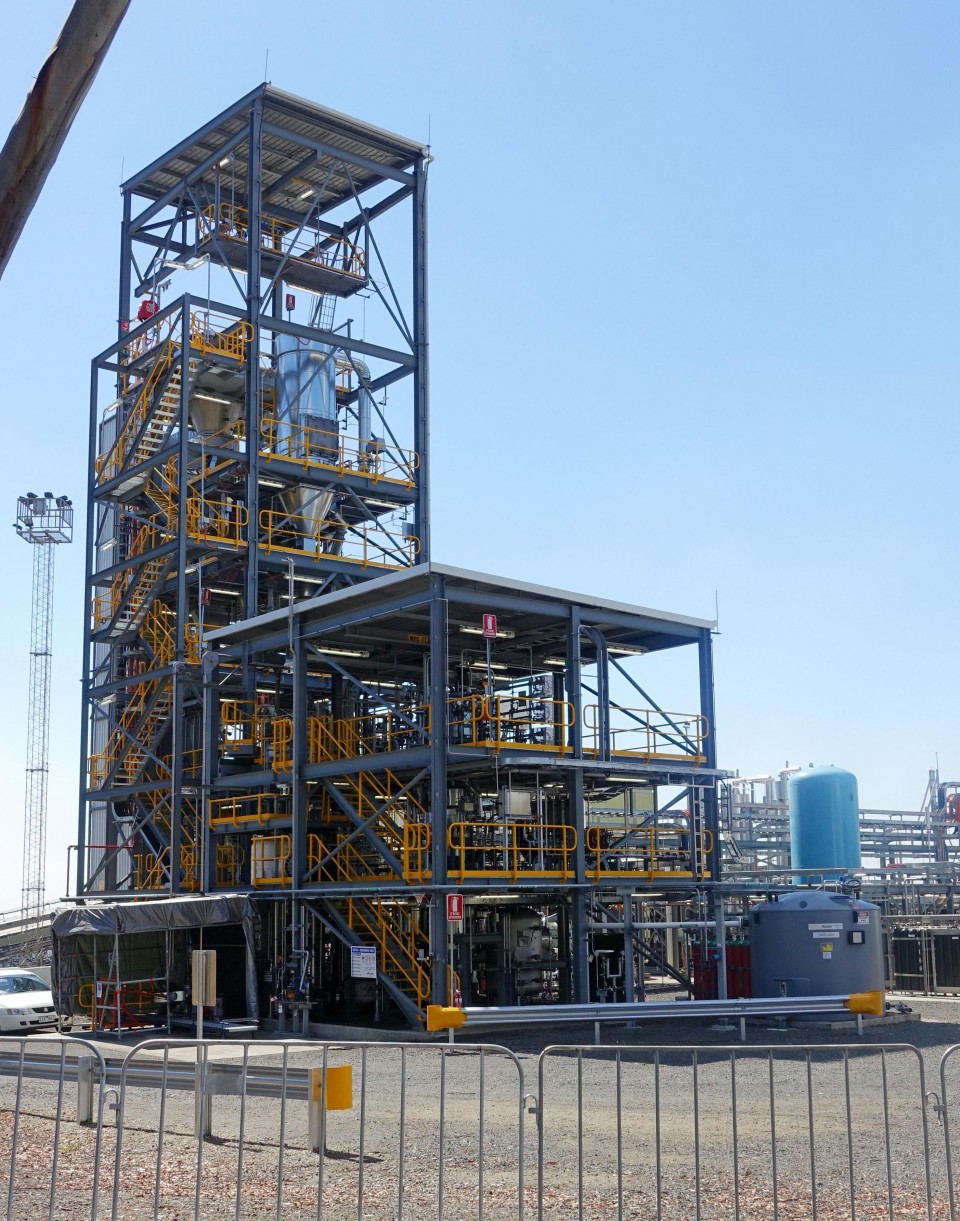 A facility to create liquefied hydrogen from Australian brown coal is pictured on March 12, 2021, in the Latrobe Valley, Australia. (Kyodo)

Due to its high water content, brown coal is less energy efficient and emits higher levels of greenhouse gasses than its "black" counterpart, making it less frequently used in Australia's coal-fired power stations.

The gas is transported some 160 kilometers west to the Port of Hastings where it will be cooled to minus 253 C and turned into a liquid, reducing its volume to one-800th of the original gas.

From there, the liquid hydrogen will be shipped to Japan on the world's first purpose-built liquefied hydrogen carrier, the Suiso Frontier, developed by Kawasaki Heavy Industries Ltd.

Although hydrogen gasification and liquefaction has begun, shipment to a storage facility in Kobe in western Japan is not expected to commence until the second half of this year.

The project "allows us to produce low emission or zero emission energy. That's what we want in Australia," Angus Taylor, Australia's minister for energy and emissions reduction, said at a press conference following the ribbon-cutting ceremony.

He said Japan also needs low emissions energy sources to produce steel and to "produce energy for their households and small businesses."

A commercial-scale coal-to-hydrogen project could produce 225,000 tons of hydrogen annually, according to an estimate made by the project.

The Japanese side hopes to use the hydrogen for fuel-cell vehicles and power generation.

Jeremy Stone of J-Power Latrobe Valley Pty. Ltd., one of the companies involved in the project, said the use of brown coal makes the production of hydrogen "at least a half, if not a third, cheaper than other forms of clean hydrogen production."

"Affordability is an important factor to get a new industry off the ground," he told reporters.

The project's partners hope it will eventually produce carbon-neutral energy with emissions to be stored using carbon capture and storage technology through a separate project developed by the Victorian state and Australian federal governments.

Toyota to start sale of fuel cell system to outside companies