The Pfizer Inc. vaccine will be administered to about 6,000 workers from 16 locations including the National Defense Medical College Hospital in Saitama Prefecture and around 8,000 in medical services. Workers involved in transporting emergency patients from remote islands will also be among those eligible for the vaccine, the ministry said. 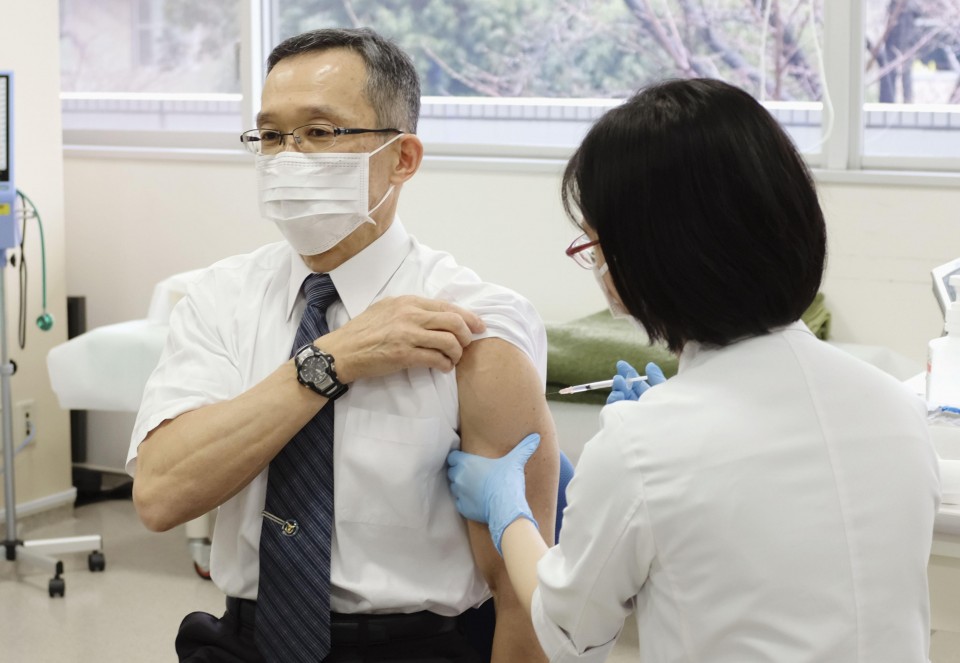 Koji Fukushima, director of the Self-Defense Forces Central Hospital in Tokyo, was among the first to be vaccinated, according to the ministry.

The vaccine is also set to become available across other SDF units and hospitals. Among those slated to receive it are dentists, pharmacists, licensed technicians for clinical tests as well as those working at reception desks.

On Monday, the fourth batch of Pfizer's COVID-19 vaccine arrived at Japan's Narita airport near Tokyo from Belgium, a week after the third batch of up to 526,500 doses was delivered.

The shipment of 497,250 doses will be dispatched to inoculate medical staff. Japan expects to receive doses for up to 1.33 million people this month and for another 5.13 million people in April if it manages to gain approval from the European Union.

The government plans to provide the two doses for all 4.8 million medical workers fighting the pandemic in Japan by mid-May.

Since last year, the SDF has been dispatched across the country to support pandemic-stricken areas. Some were deployed between February and March last year to disinfect the inside of the Diamond Princess, a cruise ship that was quarantined in Yokohama near Tokyo.

Medical personnel were also sent last year to Hokkaido, Osaka and Okinawa prefectures, which had been struggling amid a surge in virus cases.

Defense Minister Nobuo Kishi said in a press conference on Feb. 19 that around 14,000 SDF members would be prioritized to receive the vaccine due to their role in health care and fight against the pandemic.