A national-treasure pagoda at Yakushiji, a Buddhist temple listed as a World Heritage site in Japan's ancient capital of Nara, was partially opened to the public Monday following its first renovation in more than 100 years.

The East Pagoda, believed to be the sole remaining wooden structure from when the temple was first constructed over 1,300 years ago, is available to view until Jan. 16 next year. 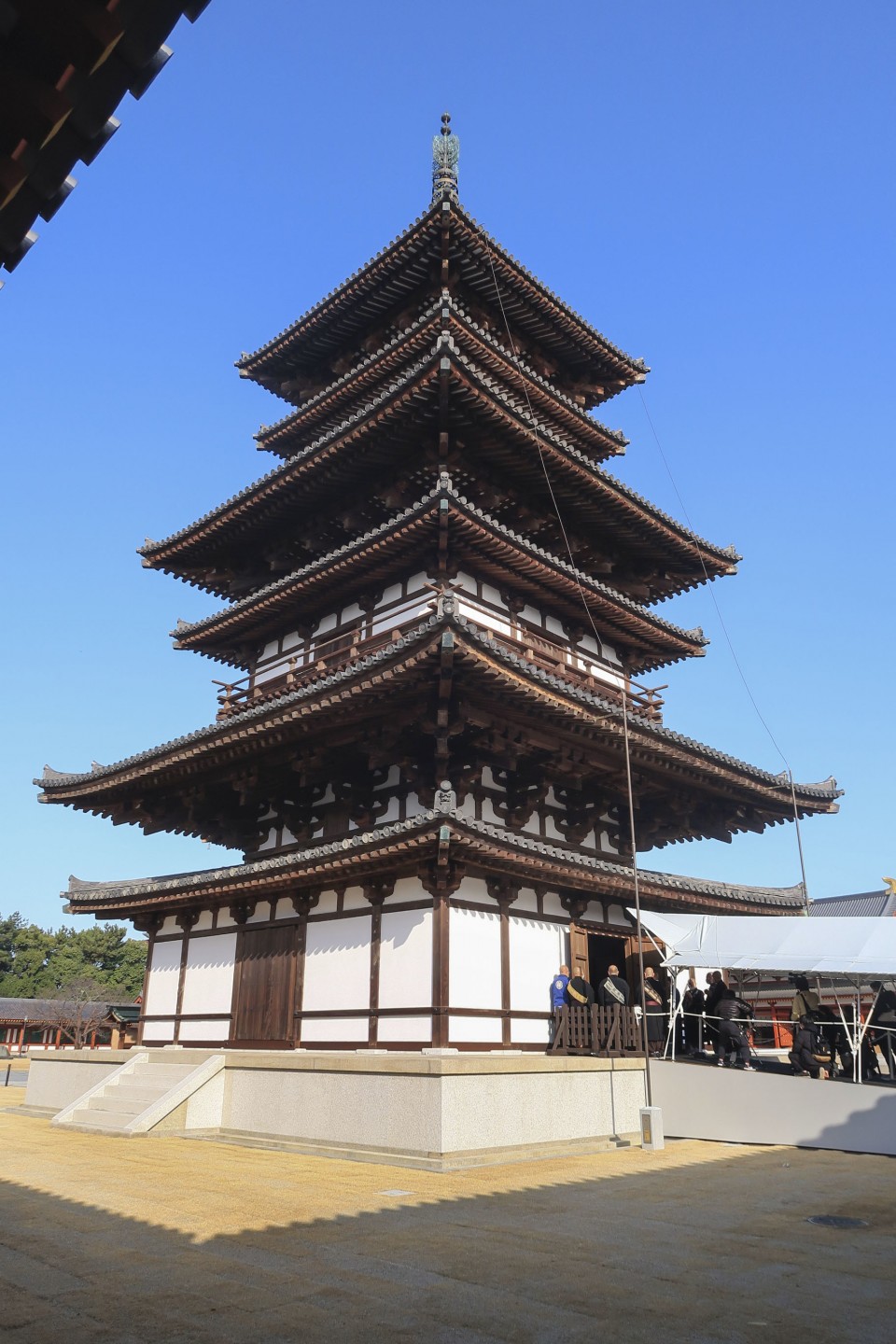 People line up to observe the inside of the renovated East Pagoda at Yakushiji temple in Nara Prefecture on March 1, 2021. (Kyodo)

Priests of the temple in the western Japan city chanted as the first floor door of the three-story pagoda was opened at around 8:30 a.m. Visitors, restricted from going inside the structure itself, were allowed onto a platform surrounding the door and leaned forward to observe the central pillar and an artwork displayed on the ceiling.

"I was able to see the ceiling using a mirror implemented on the floor," said Hirokazu Sakaguchi, 50, from Osaka Prefecture. "It's a rare opportunity."

Vice chief priest Kitatsu Ikoma said, "(The pagoda) will be available to see for a long period, so we ask people to take their time to visit."

Yakushiji temple was established at the end of the seventh century in the ancient capital of Fujiwarakyo in today's Kashihara, Nara Prefecture, and later moved to Heijokyo, in what are now the cities of Nara and Yamatokoriyama in the prefecture.

The East Pagoda stands at 33.6 meters high and is believed to be the only wooden structure from when the temple was first built. The three-story structure appears to have six roofs of alternating sizes, which have been described as "frozen music," according to the temple.

The ceremony to celebrate its renovation has been postponed with the date yet to be decided, due to the coronavirus pandemic.