Yellow dust originating in China was recorded almost across Japan on Tuesday, with the country's weather agency issuing warnings amid plummeting visibility.

Tokyo observed its first instance of yellow dust in 10 years, while the visibility range in Shimonoseki, Yamaguchi Prefecture, and Hikone, Shiga Prefecture, fell to just 3 kilometers. Ranges below 5 kilometers raise the risk of car accidents, according to the Japan Meteorological Agency. 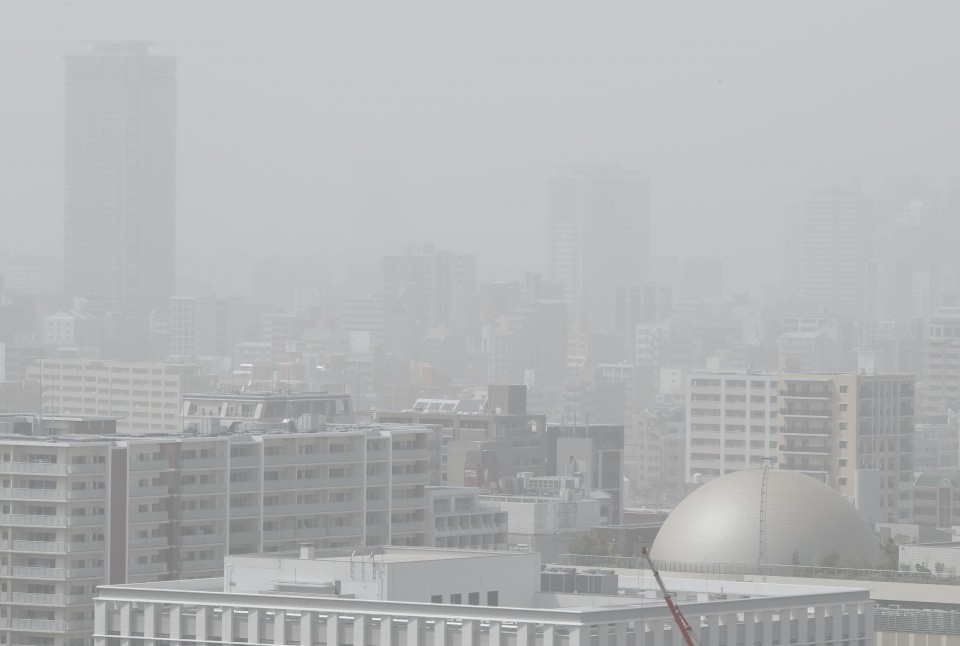 Buildings in Fukuoka appear blurry due to yellow dust originating in China on March 30, 2021. (Kyodo)

Landmarks in Fukuoka including Fukuoka Tower near Hakata Bay and buildings in the city's downtown Tenjin district were blurred white by the dust as the visibility range in the city dropped to 4 kilometers.

The visibility ranges in the cities of Oita and Kobe were also 4 kilometers, while Osaka and Kyoto recorded 5 kilometers. 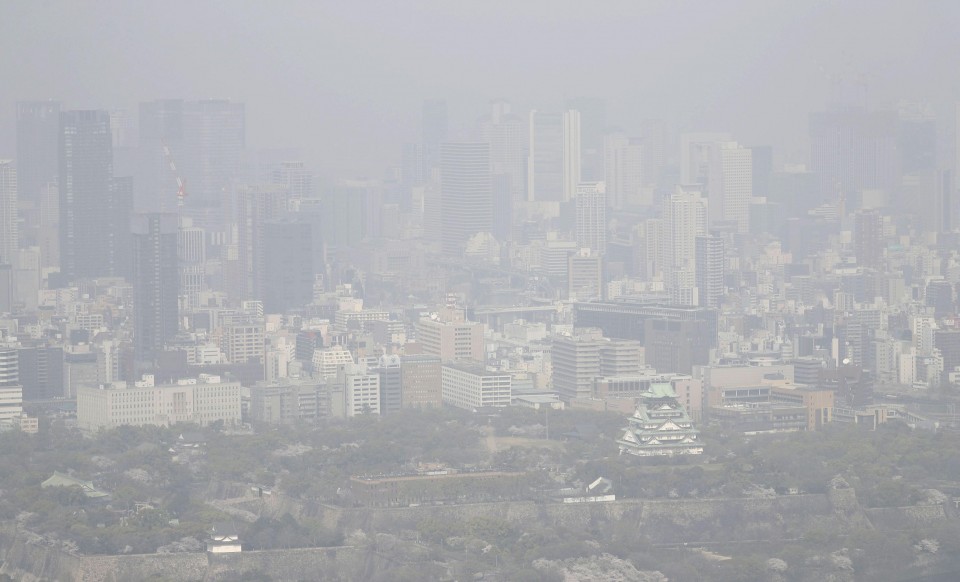 Photo taken from a Kyodo News helicopter shows Osaka blanketed in a sandstorm on March 30, 2021. The sandstorm hit wide areas of western and northeastern Japan following a westerly wind from mainland China, with visibility down to 5 kilometers in Osaka. (Kyodo) ==Kyodo