Hard-throwing 19-year-old Roki Sasaki, whose fastball made news across Japan two summers ago as a high schooler, took the mound in a professional game for the first time on Friday.

The right-hander, who one pro scout clocked at 163 kilometers (101.3 miles) per hour in an April 2019 training camp, turned pro last year with the Lotte Marines, one of four teams that named him their top 2019 draft choice. 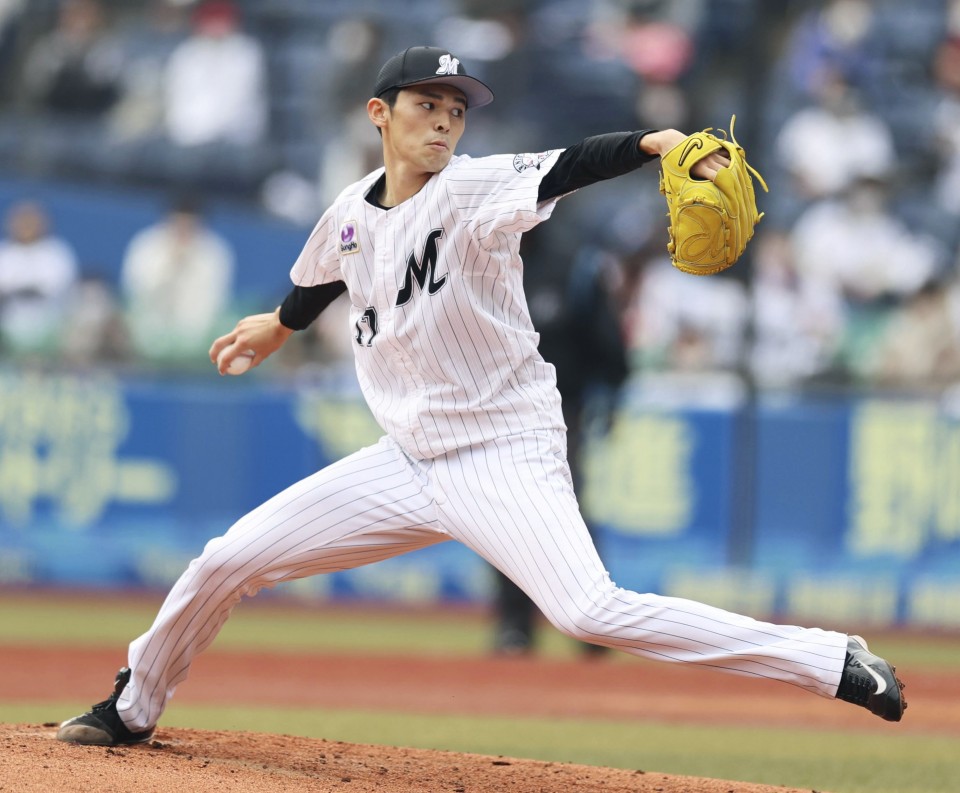 Roki Sasaki of the Lotte Marines pitches in a preseason game against the Chunichi Dragons at Zozo Marine Stadium in Chiba, near Tokyo, on March 12, 2021, the first time that the highly touted second-year right-hander has pitched in a game. (Kyodo) ==Kyodo

Sasaki touched 153 kilometers per hour and struck out slugger Dayan Viciedo looking in a 1-2-3 inning as the Marines beat the Chunichi Dragons 3-2 in a preseason exhibition at Chiba's Zozo Marine Stadium. With coronavirus restrictions in place, the host Marines sold all 5,000 tickets they made available for Sasaki's debut game.

The Marines, whose manager, Tadahito Iguchi, and pitching coach, Masato Yoshii, both competed in the major leagues, have been treating his arm with a great deal of caution and had not previously allowed him to pitch in any games.